Hundreds of refugees in limbo after mass Calais eviction 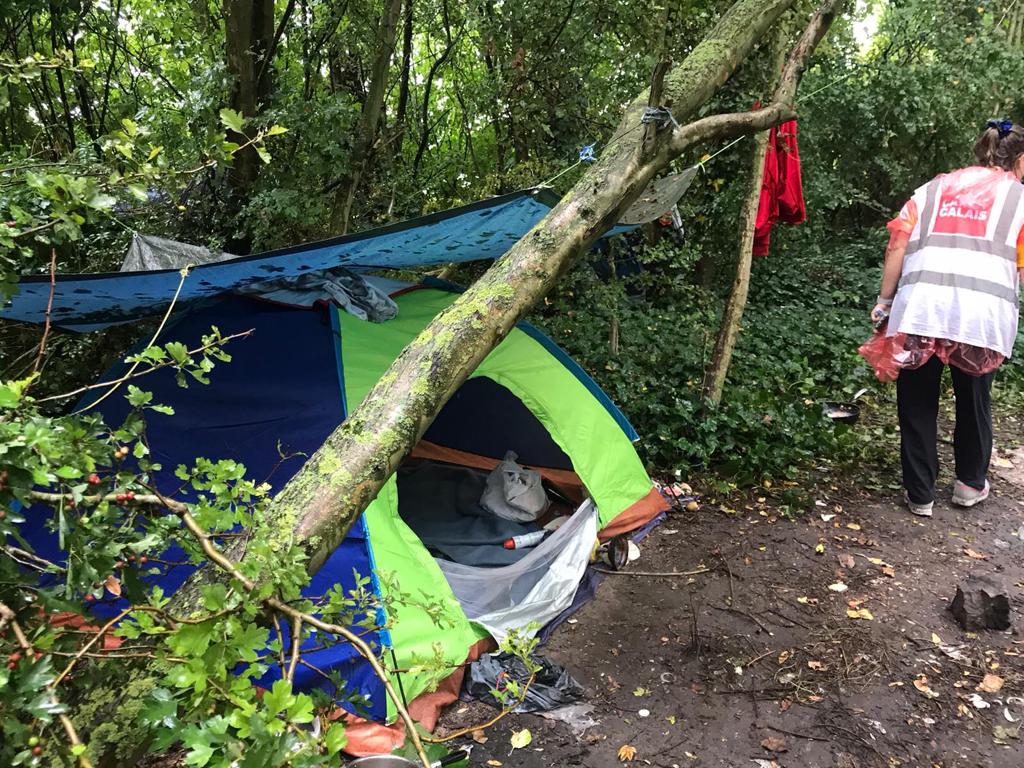 Today I met an Iranian man who ran away in fear during yesterday’s mass eviction. When police started loading refugees onto buses, he escaped and hid at a terminal station. He waited for hours, scared, pretending not to be a refugee by covering his face with a mask.

Before he managed to escape, police took his tent and most of his belongings. All that he has left are two rucksacks. He has even lost his friends – he doesn’t know where they are and he doesn’t have their numbers saved, because he didn’t expect this to happen out of the blue.

Though he is back at the main Calais camp today, the Iranian man says it’s not safe there – there is still heavy police presence. This morning they stopped a food distribution from taking place and tried to remove more refugees. “I think if organisations like Care4Calais aren’t here the police will be harsher to us,” he told me. “When you are here I don’t feel alone anymore.”

Below is a video another friend of ours sent us, showing what is left of the camp site after yesterday’s police operation. Tents, blankets and food have all been confiscated.

Unlike the Iranian man, most people couldn’t hide. Some of them were bussed to the Lille region, others further out. One of them – a Syrian man who earlier this month was deported from the UK on a charter flight to Spain, where him and 10 others were left with no food or shelter – shared his live location with us last night. He was already beyond Paris. Three hours later, he messaged us to say he was still on the bus, but police wouldn’t tell him where he was or where he was being taken to.

How we are helping

Around 200 people have already returned to Calais since yesterday, with many more on their way back. But our volunteers have been told by police that officials will be carrying out small evictions every morning from now on. We don’t know where or how people will be able to sleep.

This afternoon we visited the large evicted site to hand out snack packs to the refugees who have returned. Just some nutritious items that don’t require cooking and can help them keep energy levels up, as they spend all day walking. We also gave them blankets and socks to keep warm at night as temperatures continue to fall.

More evictions are expected over the coming days and weeks. We won’t be able to carry on helping for much longer without your support. To contribute please visit care4calais.org/donate