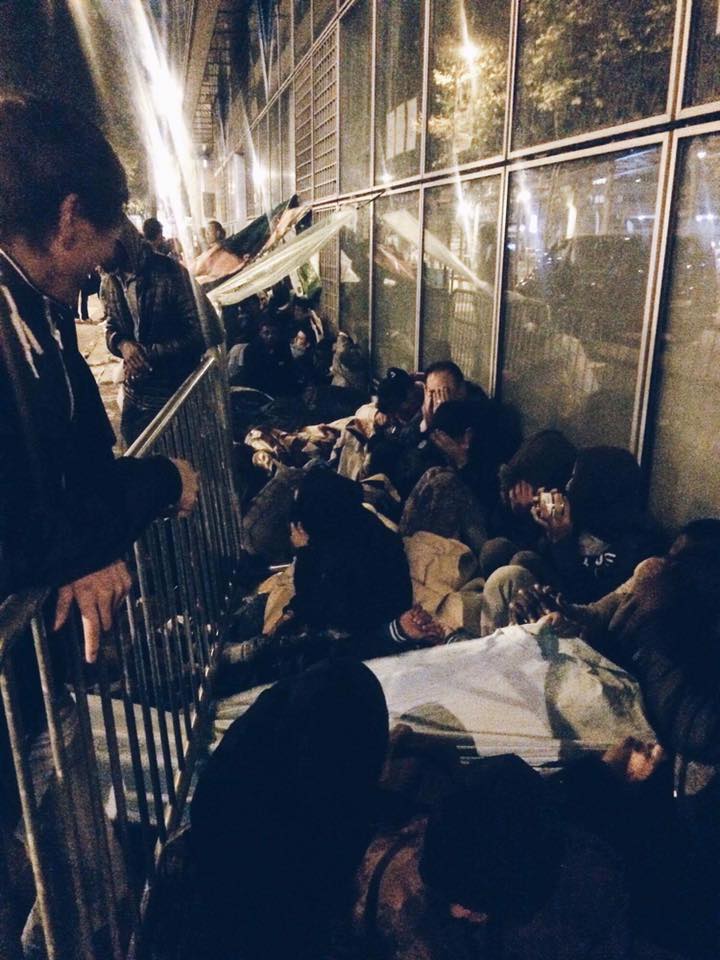 Yesterday, three of us set off to deliver a van packed full of supplies to Paris. We took sleeping bags, blankets, coats and clothes, toiletries, hats and socks, underwear, tents and roll mats. Travelling with us was Pierre, a volunteer who is also a refugee himself, from Burundi, who was recently granted asylum in Belgium.

Despite the three hour travel time it was highly informative journey learning about the history of Burundi and the hardships Pierre experienced in his life which led to his current circumstances. This was an eye opening and educational story which I felt privileged to hear. It was truly humbling, especially as Pierre was so keen to come on the road trip as it had long been his dream to see the Eiffel Tower with his own eyes.

On arrival in Paris, we drove to Montmartre where we unloaded the van so that the donations could be distributed later that day. We had also brought with us a bag of supplies to take straight to the refugees ourselves.

We headed out and soon located a group of maybe 30 refugees congregated together. We approached and began asking if anybody needed anything and within a minute our supplies of hats, socks and cereal bars were gone. The weather is getting colder and it was very clear that all the things we had brought in the van would be needed that night. We spent a small amount of time talking to the refugees who approached us wishing to share their problems and seek advice on issues we were sadly unable to assist with, yet provided a sympathetic ear. Pierre also recognised several refugees he had met in on his last trip to Brussels, who had made their way to Paris after police action in Brussels the day before.

It was then time to leave but we decided that it wouldn’t delay us too much to drive to Sacre Coeur in the hope we could help Pierre fulfil his ambition. As fate would have it, a van sized parking space was waiting for us right outside the church so we parked up and introduced Pierre to the wonderful view it offered of Paris. We walked around and Pierre was able to fulfil his ambition and see the Eiffel Tower, albeit in the distance, with his own eyes and have his photo taken with it.

– written by Aisha, a Care4Calais volunteer

To donate items to help the many refugees sleeping rough in Paris please go to www.care4calais.org/donate