‘I loved seeing them behave like normal kids should’ 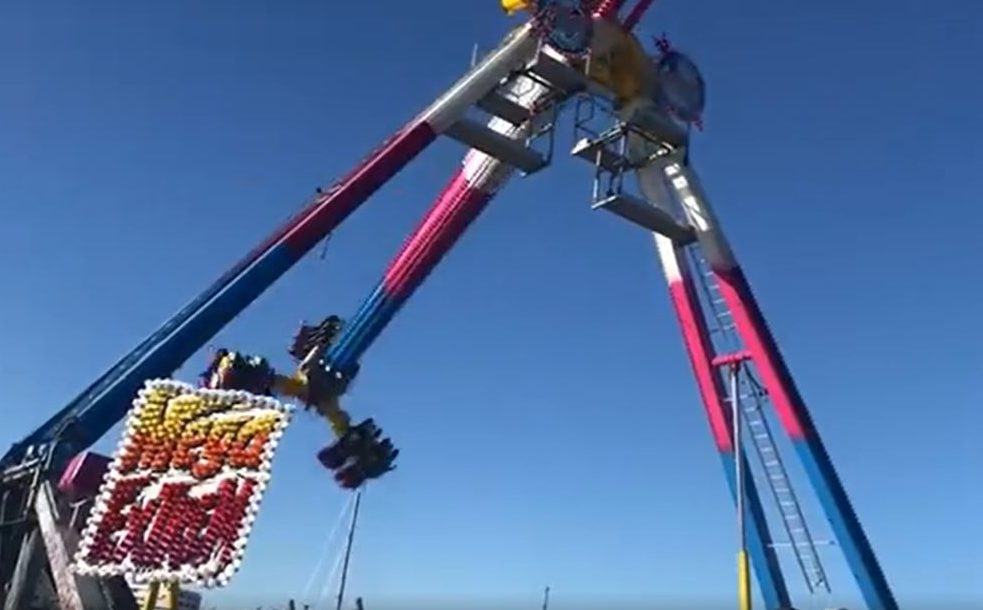 Today I met two Afghan boys, both aged 16. One of them has a brother in the UK, but he’s still going through the asylum process so can’t yet make a claim for his younger brother to join him.

The other one has an uncle in the UK and they’ve already made a claim for the boy to join him, but the Home Office has rejected it because he’s a half-nephew – his father was his uncle’s step-brother. The Home Office says it’s not a close enough relationship. But the uncle is the only living relative the boy has left.

Neither of them can stand it here in Calais much longer. Life is just too hard for them. They have been here for more than a year, sleeping rough, both risking their lives trying to get on lorries every night to get to the UK. They are so depressed. One of them showed me marks on his arm where he’s been self-harming – he’s giving up hope.

After spending some time talking to the boys, I decided to take them to a temporary fun fair in Calais. As I watched them go on one of the rides, laughing and shouting with joy, my heart swelled up. I loved seeing them behave like normal 16-year-olds should, even if just for a few minutes.

But when I asked them what ride they wanted to go on next, they said no. I suggested they go on the dodgem cars. They refused. “No madam,” the boys replied. “We saw how expensive it was. We’re really glad we met you, and you are so much more important to us than these rides. We don’t need to go on anything else. Save your money – don’t spend it on us.”

They’re just 16-year-olds, but they have already learned to be so careful with money. Because they know that every penny saved can mean being able to eat that day, or possibly the hope of buying phone credit to call those relatives in the UK who they so badly want to see, but so rarely get to speak to.

It was great to see them laughing and enjoying themselves, but didn’t half bring me back down to earth to realise just how precious €5 is to them.

To support our work visit care4calais.org/donate