I watched the ‘evictions’ at Dunkirk 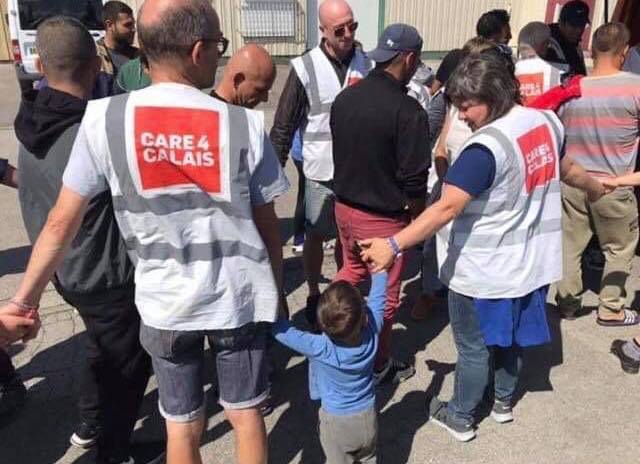 Above all it was probably the most difficult but also amazing few days I’ve ever spent. Meeting amazing people – volunteers who come from all backgrounds, all with a shared kindness, but more so the refugees themselves who I have to say are some of the kindest and friendliest people I’ve had the pleasure to spend time with. Every one of them was just a person, caught up in a terrible situation over which they have no control. I have been shocked by the complete lack of an effective system and realised how little I knew about what is going on, as I believe is the case for most people in the UK.

My most memorable meeting was with a man just a few years older than me who was a teacher in Iraq. He talked to me about his school and his students, and how his village was taken by Isis, forcing him to flee. He told me that hs grandmother had been killed and talked at length about her and how much he had loved her. At the end of our conversation he thanked me, just for letting him talk about her. He had travelled alone and knew no one in the camp and he was grateful that someone else in the world would know about his grandmother.

No matter what else people ever say about refugees, they are humans. They are like us. They want the same things as us, and why shouldn’t they?

Yesterday I watched the ‘evictions’ at Dunkirk with my own eyes and was heartbroken at the waste – of time, of money, of effort and mostly of a community that had built itself up only to be destroyed in a futile political act. I am furious, and I want everyone else to be furious too.

Please, spread this message, educate yourself on the situation, collect donations and, if at all possible, lend your time to this desperate cause.