“I will never know the hell these people have been through” 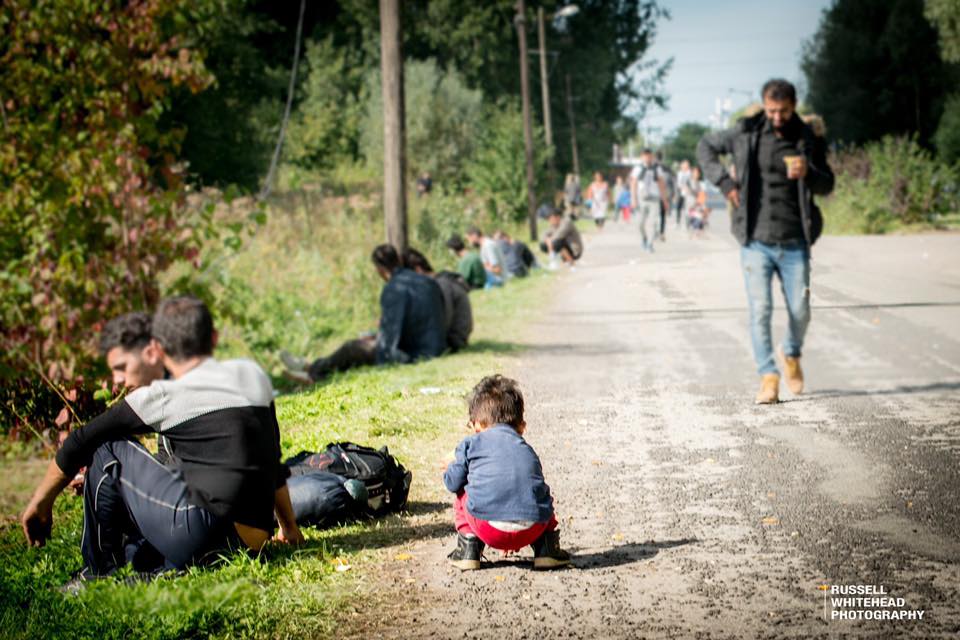 My favourite part of any visit to Calais is the chat I have with the refugees. With some we communicate in broken English and the international language of hilarious hand gestures, but many chat away confidently in perfect English – whilst gently mocking my own lack of language skills.

The conversations are always varied. Sometimes they are jovial – laughing, singing pop songs. One guy even showed off a cool magic trick which he told me could win him Britain’s Got Talent – he’s probably right.

Other times the tone is more serious as they share some of what has forced them there. One man, eyes closed, seems to have a flashback, and then a moment later he returns with a smile. It’s heartbreaking and I realise that as much as I try, I will never know the hell these people have been through, and are still living today.

Care4Calais are committed, work tirelessly, and provide much needed relief. But it’s easy to feel hopeless in Calais. Any good they do can be – and often is – undone by the authorities. I hear so many distressing reports of the near-daily camp ‘clearances’ by Police. These involve taking the refugees’ few possessions, spraying mace on sleeping bags so they are no longer useable, smashing phones and spectacles, and even demanding one shoe from the men – which can only be an act of pointless, cruel humiliation. When I look around at men in their twenties and thirties I find it amazing they show the restraint they do.

One man from an African country eloquently explained his shock. ‘We were part of the Commonwealth, we thought that meant something. We want to contribute, to work. But we are treated like animals.’

I spend some time dissuading a man from swimming the channel. He is not stupid, in fact he is highly educated – he already knows about hyperthermia, busy shipping lanes and all other risks – but this is desperation talking not logic. And the desperation in these camps is palpable, as is the collective dejection.

Handmade signs hung over the gates at one camp read, ‘We are not criminals. We are refugees. We are human. We do not deserve the way the police act.’ Yet, I’m told the British government contribute financially to the evictions, and to dozens of other ‘deterrents’. If only they would spend the money on providing these people with a safe and legal way to claim asylum in the UK.

In Calais, where it is still damp and cold, the men seem to need shoes the most. In Brussels they are hungry.

One older man comes to us with his teenage son who hasn’t eaten in two days and asks for food for him. We explain they can both have a bag of tinned fish, boiled egg, breakfast bars, chocolate and dried fruit. They are thrilled – this is a good moment.

And there are good moments, where joy and laughter are found. For example, when the refugee football team thrash the volunteer team with ease in the sunny Brussels’ park. I think the final score was 8-3 – shameful.
These visits are also a chance to learn more about yourself. On a rather frivolous level I learned new things. I can drive on the ‘wrong’ side of the road without causing absolute havoc, and after thinking of myself as a technophobe for years, it turns out I am nothing short of a mobile phone wizard! (I might be exaggerating slightly). But I have never felt so relieved and grateful to be able to turn someone’s data on, register their SIM card or top-ups. Such simple things – but something which opens the world up to them again. With the tap of a key, one man’s phone lit up with dozens of messages from family and friends. His smile, thanks and high-fives will stay with me.

As we head off in the mini-bus Sunday evening, some refugees smile and wave, and it’s hard not to feel a level of guilt at how easily we pass through the borders home.

Guilt at the lack of effort it takes me to get to the English coast, when I know people, friends, who so desperately need the same opportunity.
They need this safe passage in order to claim asylum in the UK – which is their right. It’s not a favour and certainly not a crime. It is their right. We would do well to remember that, and to put pressure on our MPs and government to provide them with this. It’s the least we can do.