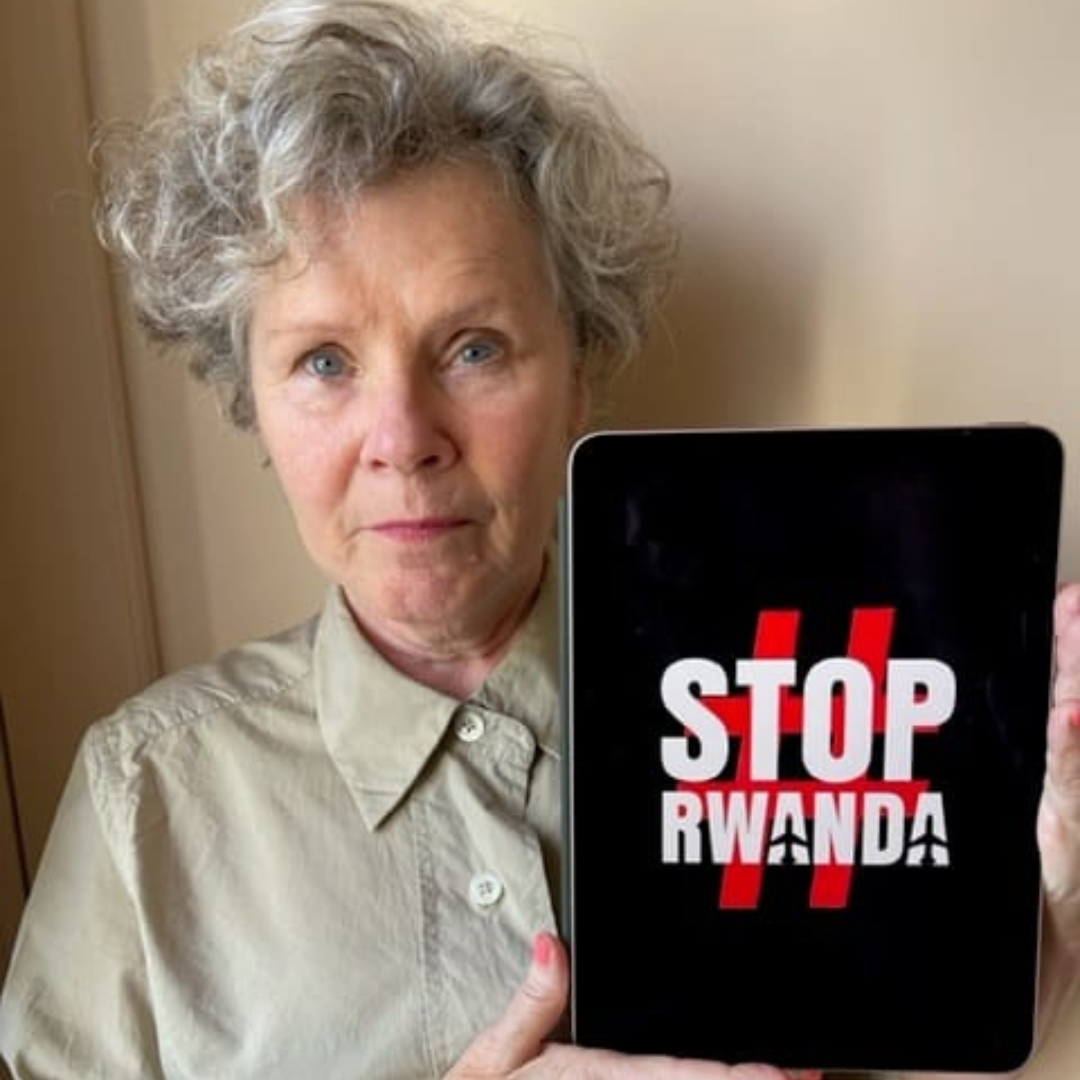 Imelda is not only one of our most distinguished actors, she’s also a British icon – a CBE and OBE, and soon to appear on our TV screens as the Queen in Season Five of The Crown. With national icons such as this denouncing the Rwanda Plan, you really know it isn’t wanted.

Imelda has dozens of major stage and film credits to her name, including her lead role as Vera Drake, and as Dolores Umbridge in two Harry Potter films – she was also the voice of Aunt Lucy in Paddington. She’s a great supporter of refugees, so we’re excited that she has joined with thousands of others in urging the Government to think again about its reprehensible Rwanda Plan.

We’re fighting hard against it, but we desperately need your help. We’ve got some great new actions you can join to show your support. Please take a look now:

Write to your local newspaper => bit.ly/RWDwrite

Campaign at home or at work => bit.ly/RWDcmpn

Go to a demo => bit.ly/RWDdemo