In London, dozens unite to help refugees with nothing 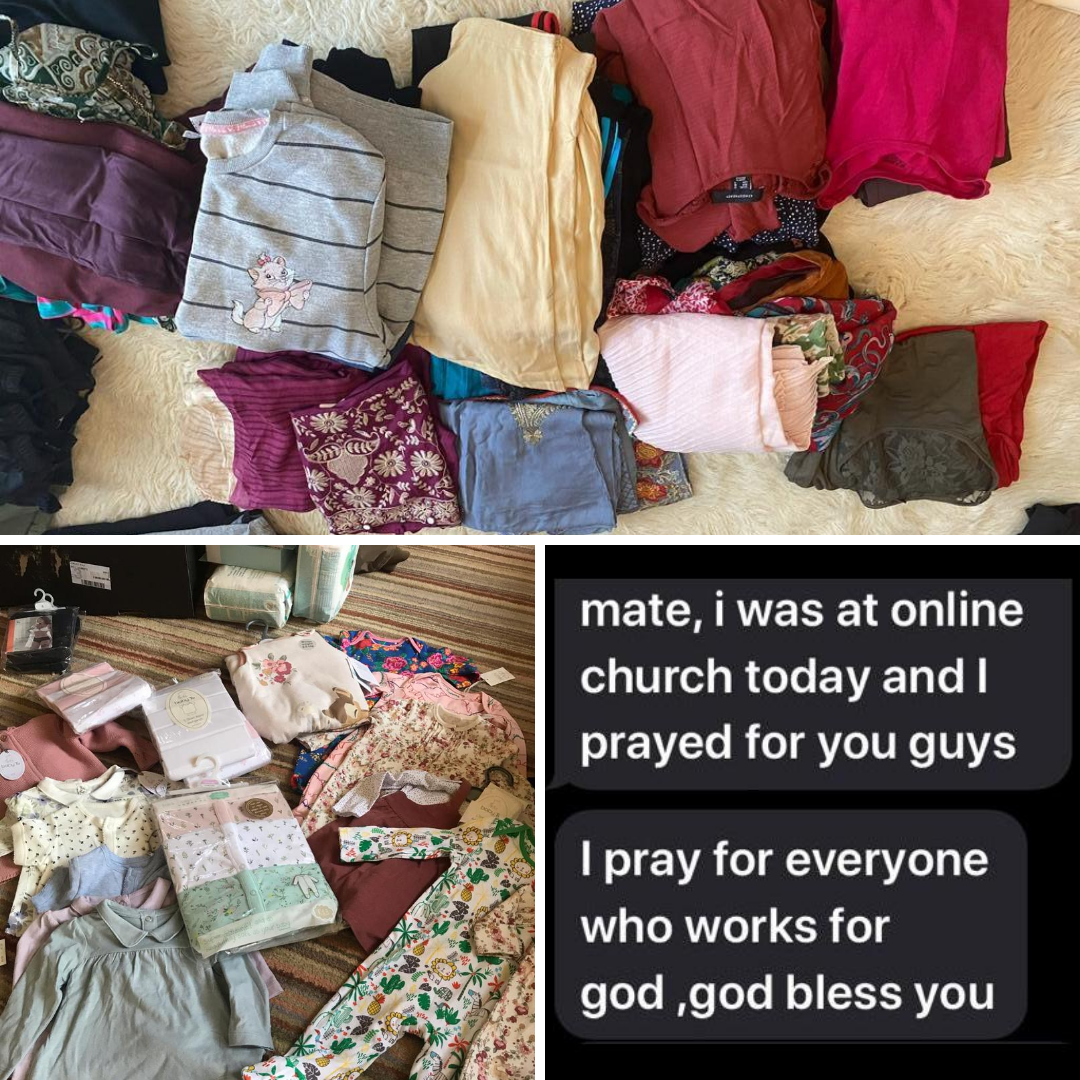 When Yasmin arrived in the UK with her three-month-old baby girl, she had absolutely nothing. No nappies, no access to medical care. She gave birth to the baby in Brussels and they both faced the dangerous journey across the Channel together when her daughter was just two months old. The first time our south-west London volunteers visited her at the hotel, she was so thankful for their donations of baby clothes, changing mats and maternity clothes. In their second visit, Yasmin’s baby girl was already wearing everything we had given her and was giggling nonstop!

The situation in south west London hasn’t been easy. Like in many other hotels in the country, we have received reports of poor-quality food. One family said that their children, aged one to six, were given spicy food for adults. Others said they have been living off small sandwiches and no fruit or healthy items. Mums are given nappies that are too small for their babies, and no-one is receiving underwear or other basic necessities despite having arrived with almost no belongings. When we asked someone what support the hotel had been giving to them, they answered: “Honestly, we have nothing.”

So our superstar volunteers have been working hard to support them. It’s not always easy – we believe there are hundreds of people in the same hotel, and because we aren’t let inside it’s difficult to assess what the situation really looks like. But with the help of a few helpful refugees with good English and access to phones, we are trying our best to spread donations between them all.

Where overstretched local charities have struggled to support us, the south London community has stepped in. Amazing people from all over have donated clothes and trainers, and we’re working hard to raise funds for hygiene items, underwear, and phones – their only way to connect with family and legal help. Others have gone further, with one kind soul even accompanying a refugee to a doctor’s appointment as he was nervous about going.

Our volunteers receive countless messages from the refugees saying how thankful they are, how much it means to them, and even letting us know they’ve prayed for us in online church! Even when asking us for things, they always prioritise the requests of other people who are in greater need. They have nothing, but they think of others first.

Our next plan is to set up a donation hall where we can carry out a proper distribution. At the minute, we’re doing it all in a nearby park with the help of around 10 passionate supporters. If you’d like to help, please join us in the Care4Calais Volunteer Chat Group: tinyurl.com/C4C-Facebook