In remote barracks, refugees make their own community 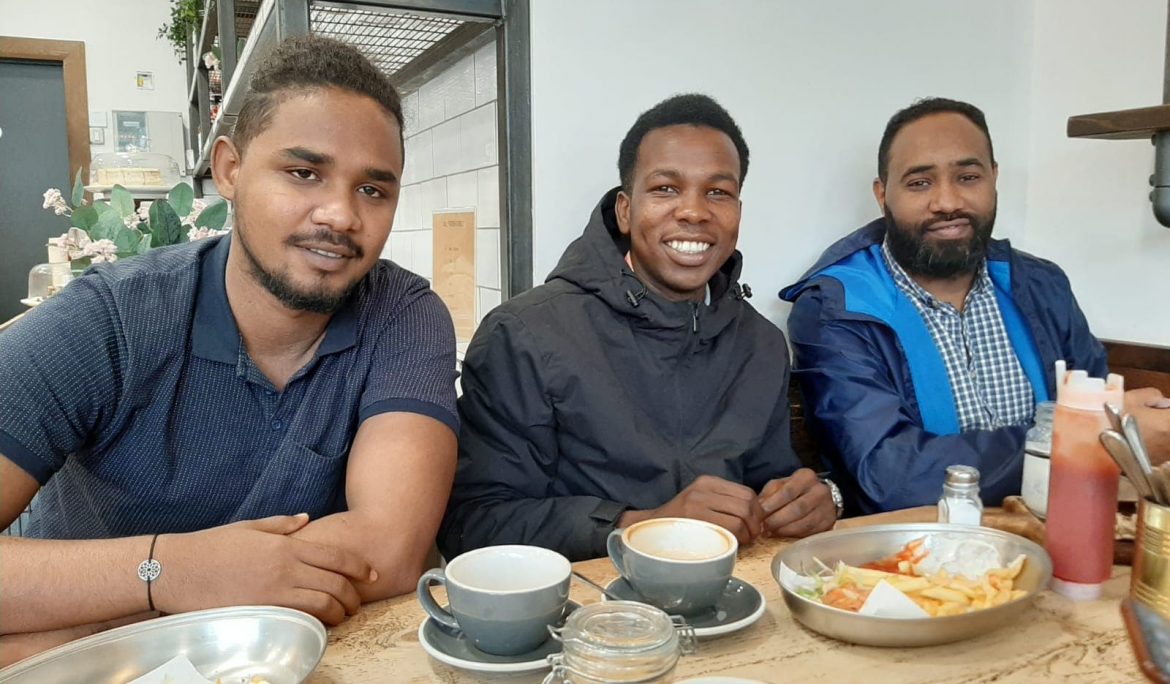 This young man on the left is my 22-year-old friend Mohammed. He has recently been moved from Croydon to the military barracks in Folkestone and told me about how boring his days can be there sometimes. In Croydon he was surrounded by the buzz of a community – all he had to do was look out his window to see locals walking around. The barracks are more remote and further away from shops, and the area has also been targeted by far-right activists so some of them are afraid of going out.

But despite this, my friend told me that he takes each day as a blessing. He has lived through much worse, so he doesn’t complain. He said he has to be patient and good things will come. His attitude is a lesson in humility for me.

I’m happy that he has other people there with him. Together they have built their own sense of community and belonging. Today, for example, they all got together for the weekly Friday prayer called Jumu’ah. It’s one of the most important rituals for Muslims and all men must pray in congregation during it. They used to visit a local Croydon mosque for it where the Imam would deliver talks before the prayer, but they haven’t let the move down south deter them.

Our volunteers have also been sharing English language resources with the refugees there to help pass the time. They are all eager to integrate into society and build a new life in the UK, and we know that helping them practise their English is one of the most valuable contributions we can make towards that.

We’re still in need of more volunteers to help refugees in Folkestone. To get involved please email [email protected]