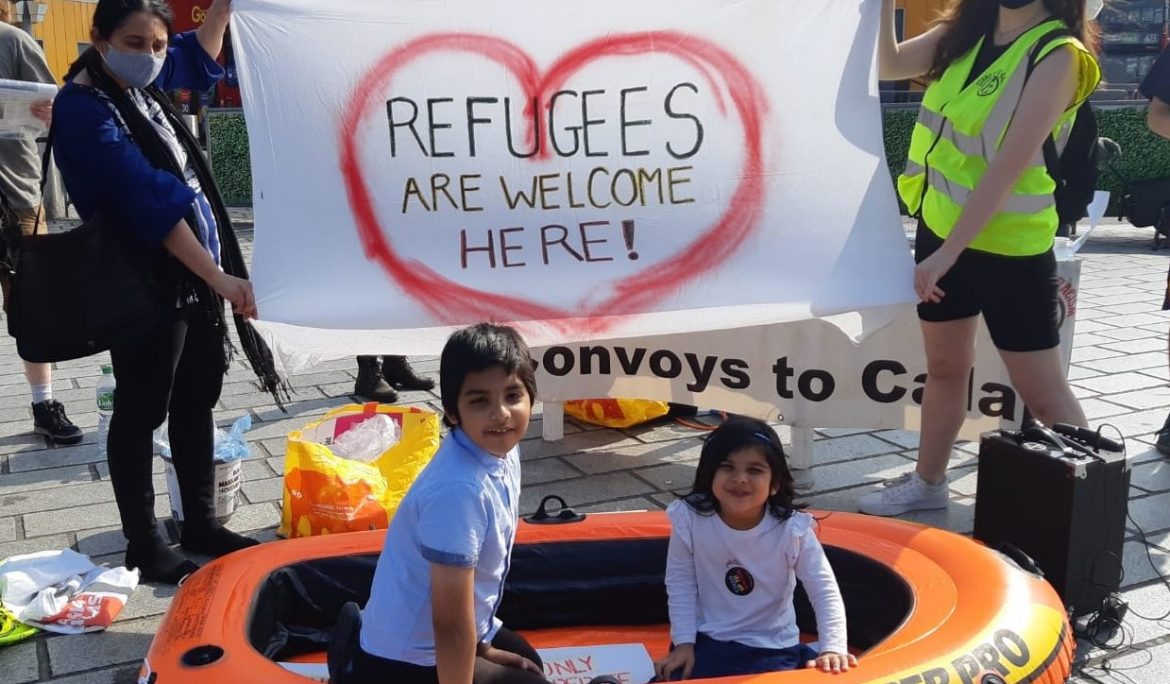 Today, I was angry.

I was angry because for so many of the refugees who have arrived in the UK, our volunteers are their only source of help.

I was angry because they wanted to reach the UK so badly and put themselves through so much danger to get here, and they are being let down.

I was angry about the awful journeys they have faced, the unimaginable horrors they have been through in search of a better life, only to reach the end of the line and want to give up.

In the last few days, I’ve had messages from several recently arrived refugees asking for help finding a lawyer. Messages from people who are scared because their friends have been deported. They don’t know what’s going to happen. They’re terrified of being sent back to the places that they had to flee.

I get a text late one night from someone at a deportation centre. The lawyer I found for him can’t do anything because his fingerprints were taken in Europe and there is nothing to prove that he needs to stay here. He is scared and alone and he doesn’t know what will happen.

I then spend an anxious morning getting another man to an appointment with his lawyer. She sends me his statement to print off and reading it makes me want to cry. He has been refused asylum already and will face certain death if he goes home.

They should be able to find a place to live here, to rebuild their lives, make friends and look to the future. Instead so many face the cruel machinery of a system that feels designed to grind them down.

But then I remembered the encouraging stories. The people who faced deportation but lawyers managed to stop it. The refugees up and down the country who now have fresh clothes to wear. The boys in Manchester who have set up their own little football league at the hotel. The families in London whose children have toys to play with and books to read. The teenagers who have backpacks and bikes to go to college. All this thanks to the kindness of strangers and the tireless work of our volunteers.

Our volunteers remind me that there are so many people out there who care. They are the people who will go out of their way to get someone a phone top-up so that they can call family, help them fill out forms, or offer them a spare room. And the best part is that our group of volunteers is growing every day. Their kindness and compassion is changing the negative into positive – bit by bit, one new friendship at a time.

So today, I am hopeful.

We are always in need of more help in the UK. To join one of our local volunteering groups please email [email protected].