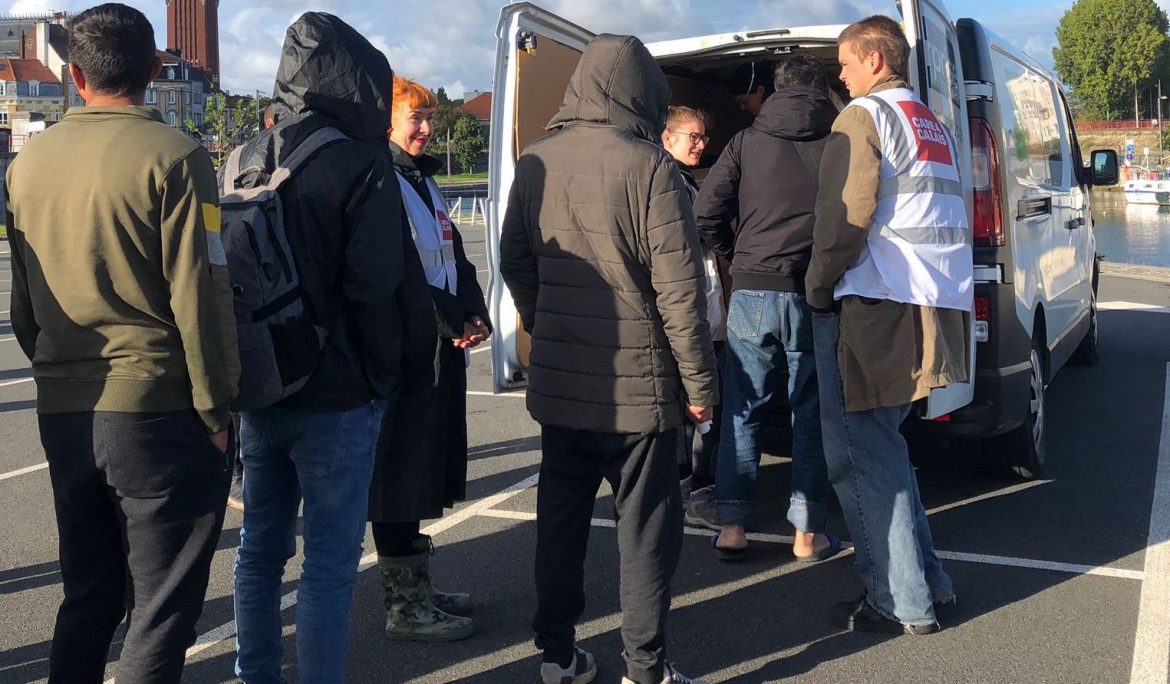 Today we all woke up to wintery temperatures here in Calais, and of course that was hard on the refugees here, who spend their nights in tents or sleeping rough. In the afternoon we distributed fleeces, which people were really pleased to receive.

We gave out about 100 fleeces to people who were shivering in the cold when we arrived – I talked to some of them who had spent the night under bridges in the centre of Calais.

We also took thick socks to give out, which everyone was also very pleased to get. Some people put them on straight away, so you can imagine how cold they were. Getting cold and wet feet can lead to trench foot so being able to put on some new clean socks is such a relief for these men.

Today it also felt important to be there as people who listened to their experiences too. They told us reports of police brutality, having their tents removed, and their living sites being blocked by boulders. Some had also had the few belongings they had with them stolen in the night.

As we talked I felt my heart go out to these men, who were just hoping for is a chance to have a normal and safe life in the UK. No human being should have to suffer such things on top of having to deal with the elements like this as winter approaches.

As temperatures drop we will need so many more items to keep people alive through the cold nights. Critically we need thousands of winter coats. You can buy a winter coat for a refugee at Care4Calais.org/donate