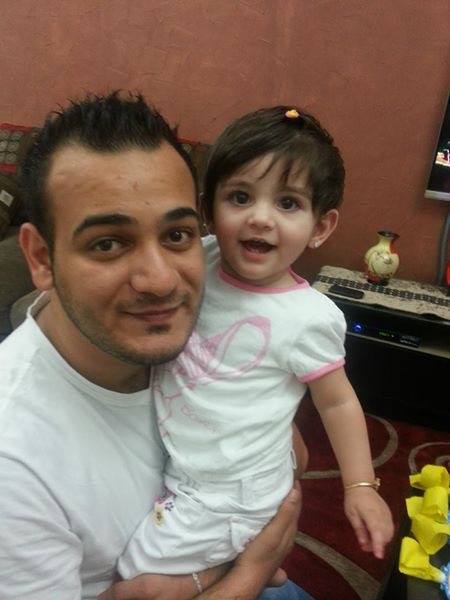 “It’s taken over four years but now I have my dream job – I have tried so many times but always failed the interview. This time I was finally lucky. Now I can start to help others and give back everything I got in the UK and Calais”.

Youssef left Syria in 2014 because the war made it unsafe to live in his hometown, especially for his wife and two young daughters. The war seemed never ending, so they made the decision to leave and travel to Turkey on foot. There were no bombs in Turkey, but there was nothing else either, no work, no jobs and so many refugees to share the tiny resources. There was no support from the big agencies either; it felt all felt so hopeless. This was no life; they were going to starve to death or worse.

“In August 2015 I was not in a position to remain in Turkey with my family. We couldn’t go back home. I decided that the only option for my family to be safe and settled was for me to travel to the UK, and hope that in the future we would be reunited”.

I was not granted safe passage to the UK and I experienced the dangerous journey on the small boat and by foot. From Izmir I got a small boat to cross to Greece, it was full of 60 people, it was meant to hold 15. Then I walked; Macedonia, Serbia, Hungary, Austria, Germany and France. Only then the big challenges start – when I reached Calais.

Traffickers had taken all my money and when I finally got to France I had nothing left. I ended up in the camp in Calais. At that time it was so muddy, the mud and water was everywhere and sometimes covered my feet. Everything was full of mud and rats. The camp was horrible; I don’t know how we lived there. There were so, so many rats; we tried to sleep on pallets, to escape them.

Every night I tried to cross in the back of lorries. One time we were about 18 people and we were in the back of a fridge lorry, our friends, they locked the door behind us so we could cross. We stayed in the lorry ten hours, the oxygen was going down and we didn’t know until we were suffering from hard breathing. At that moment we started banging on the door until the driver heard us, it took a long time for him to hear. I thought I was gonna die there. I was all the time thinking of my wife and two kids.

The driver came, but the lock was broken. He went to bring something to break it. And when he released us I felt like I was born again. I sat down for an hour and cried and cried. Until this moment I have told nobody about that time, not even my family.

I met so many friends in Calais that I still know today and who helped me so much. I don’t think I would be here without them.

I finally got to the UK just before Christmas in 2015 in the back of a lorry. It took eight nightmare months to get refugee status in the UK and by then it was more then a year since I had seen my wife and children. For the first 40 days of my life in the UK I felt absolute loneliness and desperation, like nothing I ever felt before.

The home office moved me three times before a decision was made and I knew I could remain in the UK. It wasn’t until I go to the North East that I was able to started mixing with other communities. My other housemates told me about the local asylum groups and drop-ins and told me to go. This saved me I am sure. The volunteers were so great, they helped me become integrated with other communities and to make friends. They helped me find my way through the system.

Youssef started volunteering with the drop in groups, to help with interpretation and translation work and anything else they needed, his volunteering was like a full time job.

Then the Syrian Vulnerable People Scheme was set up and the North East took in many families from Syria and Sudan. Youssef continued to volunteer. He was busier than ever, so many of the Syrians coming over were deeply traumatised by the war and their time in the camps. He found they really needed his help. He understood where they were coming from and what they had suffered.

Youssef applied for as many of these jobs he could but wasn’t able to get them. He rewrote his letter so many times and practised answering questions but to no avail.

Then last month he got the letter he was awaiting for!

He got the job! Support officer for an Asylum and Refugee programme. This was the best thing ever! Well nearly the best thing, last year his wife and children were accepted on the family reunion scheme and now he has a new baby.

Being a refugee is so tough; it really is. Please help us help them. Volunteer, donate or share their stories. You can make a difference, a massive difference to someone’s life. Please go to www.care4calais.org and see what you can do now.