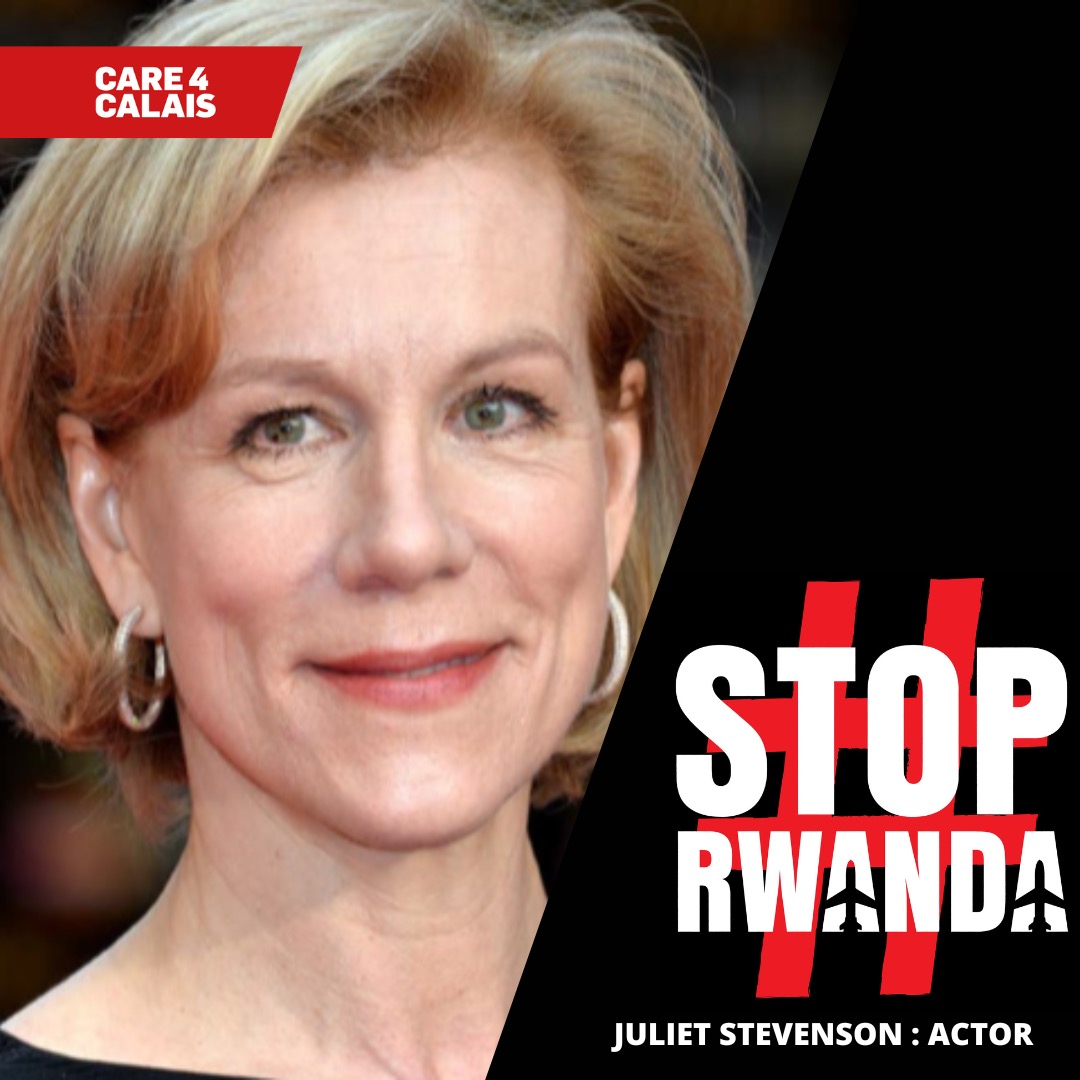 We’re truly, madly, deeply excited to see actress and refugee champion Juliet Stevenson pledging her support for #StopRwanda this morning! As well as being an incredibly distinguished actor, Juliet is is a passionate and high-profile defender of refugees around the world. Her support shows people are realising just how significant the fight against the Government’s cruel Rwanda policy is.

Juliet is best known for her role in Truly, Madly, Deeply back in 1991, but she has starred in dozens of other films and stage productions including Bend It Like Beckham and Mona Lisa Smile. She has also campaigned on behalf of refugees, and in 2016 she appeared in a video with Cate Blanchett, Chiwetel Ejiofor, Neil Gaiman, Keira Knightley, Jesse Eisenberg, Kit Harington and Stanley Tucci made by the United Nations refugee agency to raise awareness of the refugee crisis. It’s great to see her now helping tackle the new crisis caused by the Goverment’s Rwanda plan.

We are fighting the plan with all the strength we have, but we desperately need your help. Here’s what you can do:

1. Download or make a #StopRwanda card and put it in the window of your car or home, or somewhere in your workplace. Post the pic on your social channels and tag us @care4calais => bit.ly/RWDbanner

2. Buy a #StopRwanda t shirt, take a photo, post it on socials, wear it out and about, talk about it and tag us @care4calais => https://bit.ly/RWDtee

3. Come to our demo on 5 September in London, or meet us at the Notting Hill Carnival where our supporters will be wearing #StopRwanda shirts and gathering to make their voices heard!