Kalli and the secret of fundaising 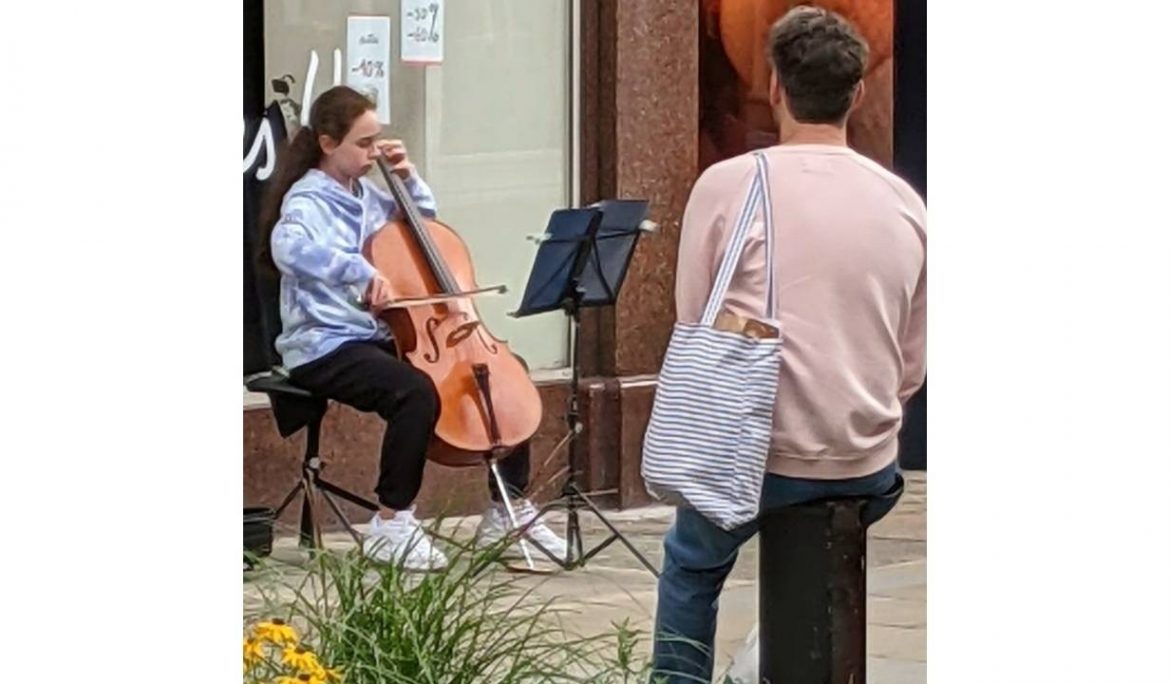 I started playing the cello when I was six. I sort of fell into it after being in a playgroup with my mum. One day someone brought in some instruments, I picked the cello, and am still playing it now.
My name is Kalli, and I’m 13. I work hard at playing, and on Saturdays I attend classes at the Royal College of Music. I really love performing, and one day I thought, what better way could there be for me to help refugees than to use my own talents?
Helping refugees is important to me because my ancestors came from Lithuania to avoid persecution for being Jewish. My famly has been in the UK for a while now (I’m in year 8 at Queenswood School in Hertfordshire) but we still remember it.
My brother was my inspiration. He had been doing some things to raise money and collect stuff for refugees during lockdown, and it was amazing to see how much people gave. But he’s a bit older than me, so it was easier for him to find stuff to do – it’s hard to find places to volunteer when you’re under 16.
But with a bit of searching we found Care4Calais, and they’ve been great with us. It’s been easy to find things I can do.
I’ve done leafleting to raise awareness, and I’ve collected so many clothes which we sorted into size and type before delivering them to a hotel where refugees were staying. I’ve also helped with activities after distribution such as playing games, teaching English and chatting with the refugees.
But as I said I love to perform so I decided to try something a little bit more challenging. I decided to take my cello and go busking. My mum already knew some good places to play, so off we went. We decided to try Marylebone and Hampstead in London.
I’d made a sign explaining who we were raising money for, and I put it in front of my chair. Then I sat down and started to play.
I like baroque music so I played some Bach cello suites for the passers-by. It’s really scary when you first sit down on the street and start to play, and you wonder if anyone will give you money or if they will ignore you. But people were really nice – they stopped for a bit of a chat about the charity and gave me some money. Some people did walk past, but a lot threw money in my bucket.
Over a couple of days I made £450 for the charity. I’d already made £150 from our other fund-raising activities, so I was able to give the charity a massive £600 in the end!
I’ve learned that everyone can do something to help, you just have to use what you are already good at. And although helping refugees is very serious, you can have lots of fun helping and raising money for them.
Kalli, volunteer