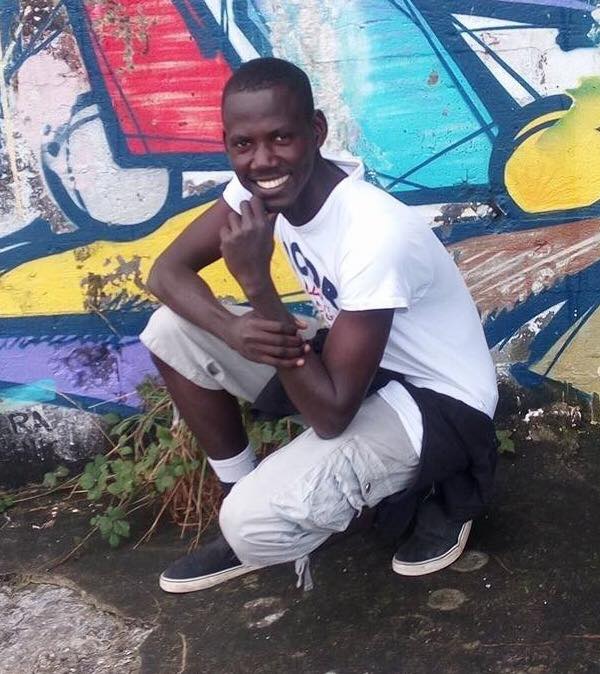 We met this young man just after the Jungle was closed and he moved to a CAO, we stayed in touch and helped him think about his future, we cannot advise, we are not lawyers and we cannot impose choice or influence his decisions, but we can ask open ended questions,normalise worries and validate feelings, be non judgmental and most of all be there. We pray his story has the happy ending he deserves; he is optimistic about his life in France and would be an asset to any country.

Hello my name is Kamal Adam I was in the Calais jungle for almost 3 months. I left the jungle by 24 of last October to Pays de la Loire CAO.

On 24 of October I was alone most of people I know had left I refused to leave at first but When I found myself all alone I decided to take the buses to anywhere but I would go to England soon or later. After several hours we reached Laval en Mayenne and Français Terre d’Asile was there for us. They offer us a very good separated rooms, 2 meals kitchen and give us check and cash for buying whatever we want. They also tell us as much as we need to know about asylum in France and a month to think about asking asylums and told us not to worry about Dublin, no back to Italy. Majority of us accept the situation, many others left, I hesitated but I stayed in CAO. The first 2 weeks weren’t so good, I was very ill I need to see a doctor and it’s impossible without documents. I was dying of pain I have a serious teeth ache I used salt wine and garlic as medicine. I was dying apart they gave me a lot of tablets it was effect less. I write to 3 organisations only one replied. I explained my problem to Clare and she contacted Care4Calais and they take action to help me. Within few days I went to the hospital and eventually I had an appointment with Dentiste, thank you all for helping me .

Later I ask asylum and somehow I’m Dublin they told me not to worry . Last week we started studying French and we have playground and a big Sall with TV. We are free to in and out many guys volunteers coming to visit us we have WI-FI.

I think it is going to be well here.