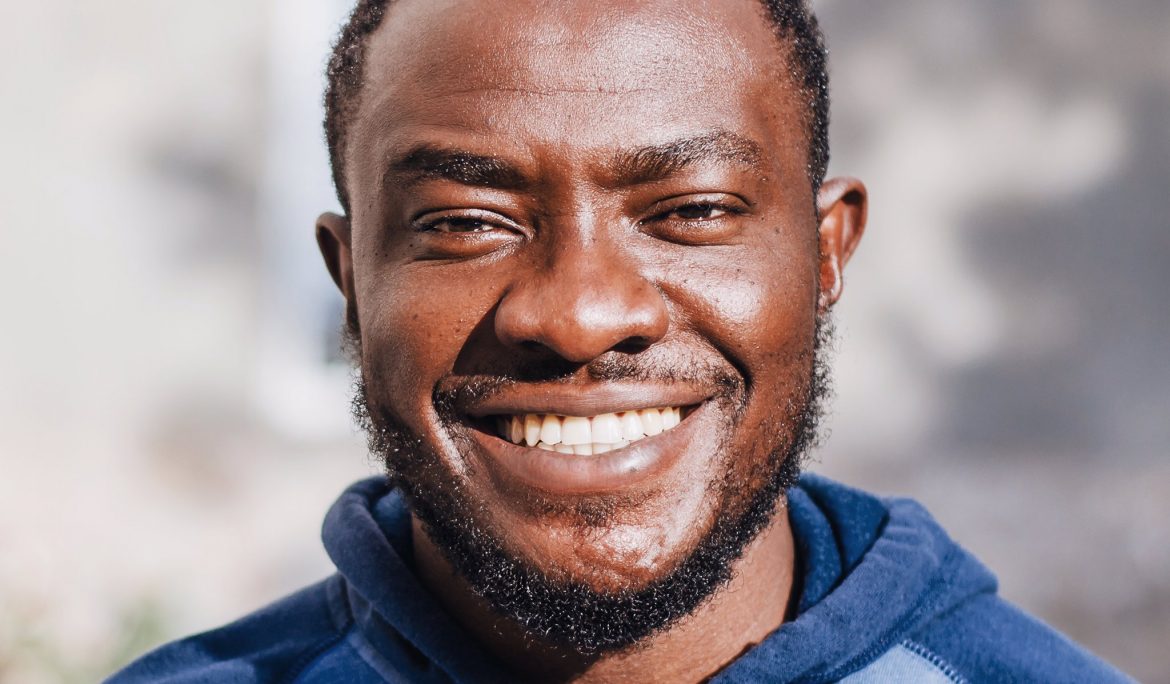 Today we had some truly brilliant news. Kamal, a 22-year-old Sudanese refugee whose been in detention for two months under threat of being sent to Rwanda, has finally been freed.

For two months Kamal has lived in constant fear and anxiety as he worried about was going to happen to him. He knows of atrocities committed by the regime in Rwanda, and even now he’s been released, the thought of being sent there makes him physically shake.  It will probably give him nightmares for months.

“I spent 18 months travelling through Africa trying to find a way out. In every country I’ve been beaten, robbed and treated as sub-human, so why on Earth would I want to go back to Rwanda?”

Being free feels wonderful, he says, but he still feels weak, and his ordeal as a refugee isn’t over yet, because he still has to go through his asylum claim. But at least now he can begin to think about beginning his life again. He is so polite with such a big smile and an excellent sense of humour, and we really hope that he has a good, safe future ahead of him.

His problems began in Darfur many years ago – pretty much from the day he was born.

“The problems in Darfur aren’t just because of the war. It’s always been hard for blacks. The Arabs of the north treat us like animals and make life very tough. We cannot find jobs or finish our education, and university is almost impossible. Even just walking down the street is dangerous – they will stop you and beat you and take your phone or anything you may have. If you won’t give it to them they will use a gun to force you. In Darfur there is no hope, no future, no peace and no safety.

“Sudanese people are beautiful, they are so kind and peaceful but there is nothing for us. It is controlled by the north and we are treated like slaves.

“I was from a large family and there was never enough money. I used to help my mum in whatever work we could find. It was always low-level work in the markets, moving things and selling things. We would do anything to get money to eat.

“After primary school I was denied education but later when I was 18 or 19 I started to join campaigns to demand education and to be allowed to go to college. We demonstrated outside the university even though the police beat us and put us in jail.

“Gradually I realised  things would only get worse and I’d never have a chance to learn. With some others we decided to leave and so in December 2020 I started my journey.

“We began by heading into Chad. That was better than the desert to Libya, but still not good. There was a war there, so it was a dangerous place for us. We looked for a small town to find a job, but we couldn’t find work anywhere. Finally we heard about some men who were digging for gold somewhere between Libya and Niger, so we went there.

“The digging was hard work outside in the sun, but after a long search we found rocks containing gold and dug them out. Some other experienced men took the good rocks away to be cleaned and washed, so the gold could be extracted. They told us we had found a good place and to keep working. But after two months hard work they refused to pay us.

“By then we had nothing, and we were forced to continue work. We worked many hours with no rests and so little food. The hammers we used weighed 10 kilos and it was so hot. I didn’t think I could survive so I planned to escape.

“Four of us escaped. We split up so they could not find us easily, and I went into Niger to look for a job. There was nothing, though, no jobs and no money. After some time I decided  I had to go to Libya; I was lucky there I suppose, as I was never caught and put in prison, but I think that’s  maybe because I had such a bad time digging the gold.

“I found a smuggler and persuaded him to take what little money I had and let me on a boat. The boat headed to Lampedusa, but it took four days to get there, and the journey was very scary. There was no food or water on the boat and the waves were very high; by the fourth day the boat was finished, and the waves were crashing down on it making it sink. Luckily we were near the island by now and could get a network signal. A boat came to rescue us and took us to shore.

“I tried to get a train to Rome with my friend but we couldn’t afford tickets and we kept getting caught. But then an Italian lady helped us – she bought us tickets to Rome and took us to her house to sleep and to eat. You find kindness when you least expect it.

“From Rome we went to Ventimiglia, but again I had no money for a smuggler. There were lots of guys living under a bridge there and a charity that gave us food and water. Some of these guys were getting a car to France with a smuggler. It was only $40 to pay but I didn’t even have that, but I managed to get in unnoticed. I wasn’t found and got to France.

“From the border I travelled to Marseille and then Paris. In Paris I had to sleep on the street for two days, I had no phone and no money. Again I found a kind man who lent me his phone so I could call my friends to make a plan. We decided to meet in Calais to try to cross to the UK.

“I was in Calais for nearly 10 months. It was a very hard time, and I had to rely on charities for everything. I had no money and I tried so many times to get across on the lorries and by boat. One time a French police officer who had caught me lots of times told me, “if I see you again, you will not be alive to try any more.” So I hid for about a month and did not try. Then in June this year I met a group of people who had paid for a boat and when they ran to the sea with it I ran with them, and no one noticed or pushed me out, and I got across.

“I was in some place for three days and then taken to a detention centre called Brook House, where I got the letter for Rwanda. It was a horrible time, after everything they were going to send me back to Africa. I could not go back; I love my homeland but it’s not safe. I became very miserable. So it was a great relief when I found out Care4Calais were going to help me.

Now I’m in Liverpool – well, Runcorn actually. I like it here and I’ve met some lovely volunteers. But I want to move on. I want to get my education now and become a teacher. Education makes the difference in how people are treated.

“To others going through a journey like mine I would say don’t give up. Just keep fighting, cross all the barriers you find, take a chance and do it with a brave and proud heart. I am glad I am here – but I don’t feel safe yet.”

You can help Kamal and others like him by writing to your local newspaper to raise awareness. We provide a template letter and can help you to send it.  Read how here => bit.ly/RWDwrite