London refugees enjoy day out with games and tours 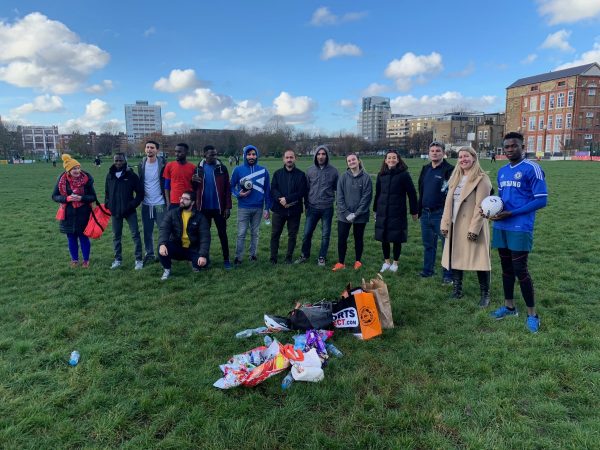 When we took refugees in East London for a day out in the park this week, we discovered something shocking. Some of them said they hadn’t left their hotel in weeks. One guy told us his mental health was so poor he hadn’t gone outside in a month. An Iranian boy hadn’t left the hotel in three months because he thought he would be arrested if he walked outside without an ID card. At the park, he told us he really missed feeling the grass between his toes.

The younger guys were so thrilled about having a kickabout at the park and it was great to see the Iranians and Sudanese playing together. Women and younger children were happy to run around and eat snacks with us, while the older residents were taken on a special guided tour of East London by a volunteer who has lived there his whole life. Because the day was such a huge success, we will make this a weekly event and even expand our activities to include visits to nearby museums too.

Before our day out, many hotel residents were hesitant to go outside by themselves because they didn’t know the area or feared harassment. Most of them looked quite down when we arrived in the morning. But as soon as we got to the park their whole demeanour changed – they were so eager to chat, run around and have a laugh.

As well as being great for everyone’s mental health, spending the day outdoors is useful for the volunteers. You get to know everyone much better, you hear important updates about people at the hotel, and you can find out who needs warm clothes or new shoes. These weekend outings will help make our distributions much more effective and targeted.

It was truly a special afternoon for everyone. On our side, there is nothing as rewarding as connecting with others on a personal level. For the refugees, we hope it’s an opportunity to meet others, get to know the area better, and slowly but surely build up their confidence.