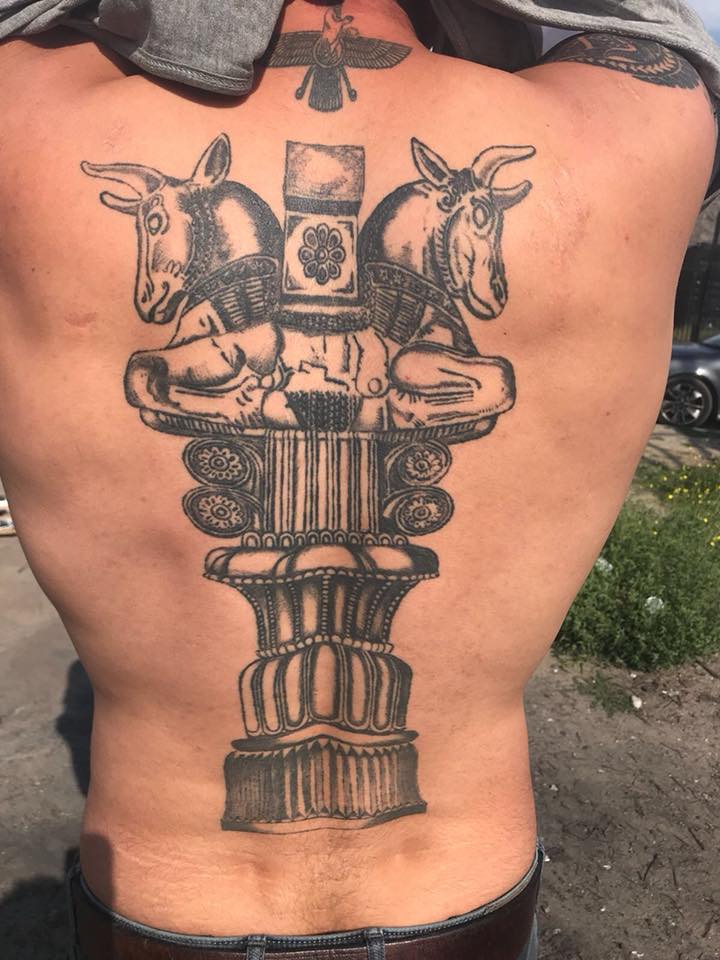 My name is Magal, I am from Iran and I love my country. I have it’s history tattooed on my spine. I grew up in a normal house, I went to primary school and secondary school. I studied architecture and civil engineering and decided to be a civil engineer and build beautiful structures for my country.

When the economy became bad in Iran and the government was not helping the people I joined in mass protests like you do in a democracy. We wanted a new government. We were young and thought we could bring peaceful change. But we were wrong.

So many people died or were badly beaten. Me and my friends were rounded up from CCTV footage and put in prison and tortured, starved and humiliated. I was only in jail for three days but my friend here was there for eight months, you can see his torture scars, here here and here. It was very bad.

They let me go home but my sentence was execution, they said “don’t worry we will come for you”. So my family decided I had to leave. Really I did not want to but my mother cried and screamed she could not lose her son. So began the long journey to France and hopefully now the UK.

But now I have heard they have taken my father in my place and have threatened to kill him instead of me. I want to go back but I cannot, I know if I return they will kill both of us. I miss my family of course but maybe if I am successful one day they can join me.

The pain inside does not go away. I have heard in the UK they need engineers to work there. I am hoping I can work at my job and build something to be proud of. The bruises on my neck? That is nothing, that is just Calais police.