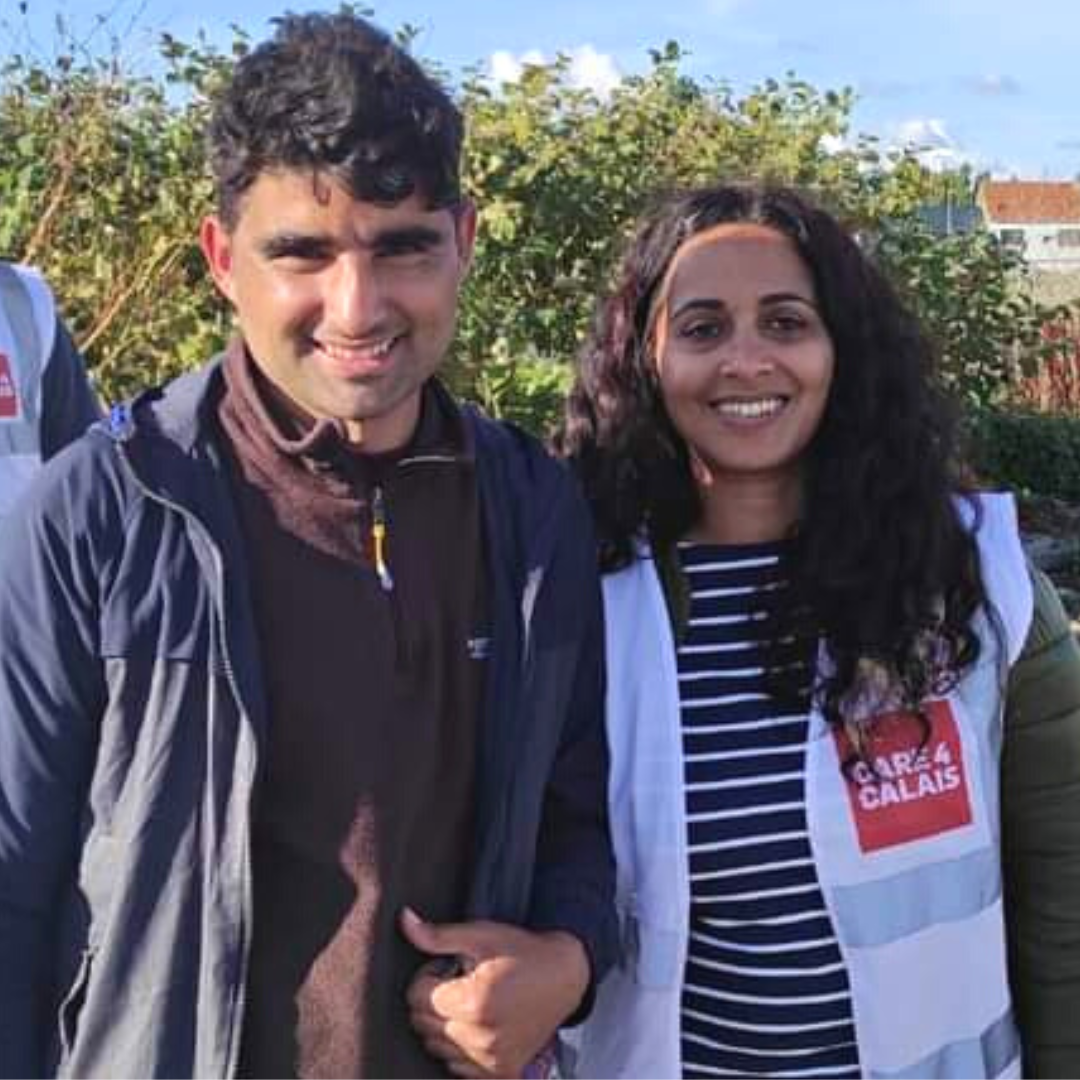 When he lived in Afghanistan, Faisal dreamed of becoming a journalist, but boys his age were being forcibly recruited by the Taliban and similar outfits. Although he held out, keeping his head down and hanging onto his ambition as long as he could, he knew thart if he didn’t leave, he would eventually be forced to join “them”.

And so he packed his dreams and a few possessions, and set off to make the long journey to Europe, where he believed he would be able to lead the life he wished for.

I met him in Calais when he settled with a few others around the “English Learning station I was running on a distribution.

Picking up books from the pile, they enthusiastically ran their fingers over English words that accompanied pictures and spelt out what they saw.

Faisal pointed to his elbow and asked me hopefully, “Eyebrow?”

“I learn, but I forget. English not easy”.

He spent two hours sitting next to me, spelling out words, and reading out sentences. I downloaded an English-Pashto translator on my phone and we made some progress in learning sentences like, “My English is not very good”, “I need to see a doctor”, “I want to call my family”.

Sentences he would need to use most frequently so he could survive in this new world.

He told me the story of how he had left home overnight, and made his way from Taliban-occupied Afghanistan to Calais, via Iran, Turkey and Greece. It had been hard: once, he pointed to a big open wound on his right leg and to a few boys at the other end of park playing football. “I like football,” he said, “but no play now”.

I had organised donations for Care4Calais over the past few years, but this was my first time at the camp and I was keen to make it count. Nothing could have prepared me for the faces, stories and lives that I saw at the make-shift camp in Calais that day. Young boys from Afghanistan, Iraq, Syria, Eritrea and Sudan – their full, normal lives as students, workers, part of happy families ravaged by war, famine, and takeover by the Taliban and so many other dangers.

Over six hours at make-shift camps at Calais and Dunkirk that day and the next, my friend Aji and I must have met several hundred people. As we began packing up to get back to the warehouse on our lost day, it suddenly hit me that the semblance of a normal life the refugees had had over those few hours was on borrowed time.

It me determined to go back again next year for a longer period. We must keep on trying, for the sake of Faisal and all those like him.