Meet Beccy, who connects with others through sport 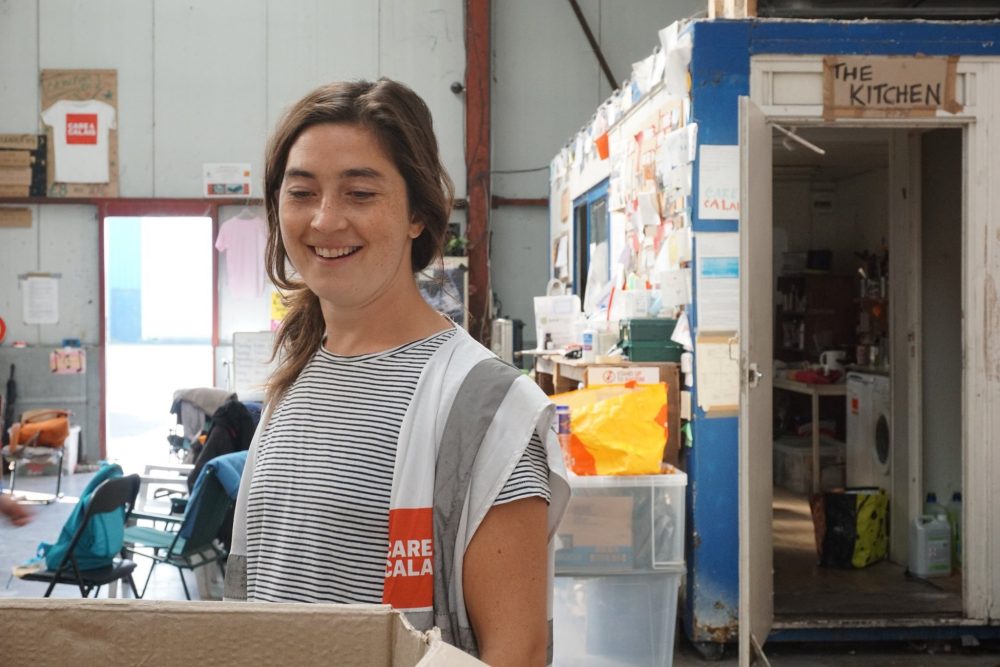 In Calais, it’s not always easy to stop for a chat because some people don’t speak fluent English or are too afraid to open up. But everyone loves a good game of volleyball.

When I saw a group of people in the middle of a match, I decided to wander over and join them. It ended up being a blast – we were all joking around, and it was such a great way to interact with them.

This is especially important in Calais because a lot of people here have developed trust issues from the way they’ve been treated in the past. Sometimes, when you approach them as an organisation, they might not always trust why you’re there. It’s so important to show them that you just want to support them.

I’ve volunteered in other areas before – I’m a Psychology graduate, so I like understanding the mental health needs of different groups of people. I’ve worked with young kids at risk of gang involvement, and before coming here, I was a support worker at a special needs school. But nothing really comes close to the experience of volunteering in Calais.

It can be overwhelming when you first come, because you don’t know what to expect and it’s a lot to process. You can see some of it in the media, but a lot of the realities aren’t getting coverage, like the brutality and violence from the police. I wasn’t aware of that before I came.

It has been an eye-opening experience so far. People here have had to leave their homes because of war and fear; this is not their fault – they didn’t chose it. So how can anyone think they do not deserve to have a proper life? With shelter, food, a job, and most importantly, a place to call home?

– written by Beccy, a volunteer