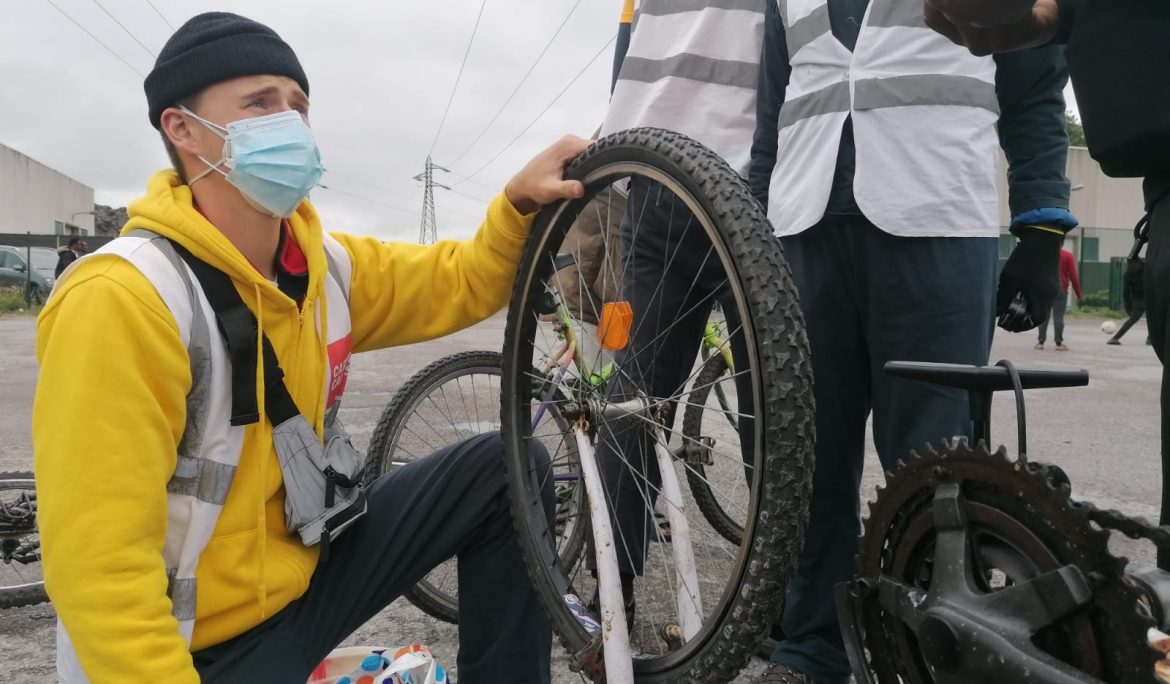 When I came out to Calais, I didn’t know what to expect. My mum, who has done charity work in the past, said to me “you’ll come back a different person”. I had seen the camps being demolished on the news, but in the first week my perception changed completely.

What struck me is how brutal life is for people here, and how badly they’re treated by the system. They’re living in woods in the middle of nowhere, behind motorways, beneath bridges. There’s so much stigma surrounding refugees and yet they’re normal people who have been forced to leave behind careers and studies.

The bikes here have been through the wars. People ride them everywhere, and have no parts to fix them. I’ve seen two people sitting on one bike with no brakes and no saddle, whizzing down the road. My dad is really into cycling, and when I arrived, the bike kit here in Calais was in disarray, with parts missing. So Sarah, another volunteer, got some money together, we gathered some supplies and now the bike fixing service runs really well. We’ve been swamped.

I’m fixing bikes two afternoons a week now. I’ve had to learn a lot on the job, and I keep calling my dad from the distribution site to ask how to do things. Because the festivals have been cancelled this year, we’re facing a tent shortage, which means we’re also repairing as many torn tents as possible. Although damage is inevitable, I’ve noticed that the people living here take extremely good care of their tents, and some of the camps are so neat and well tended.

This has become my daily norm, and it’s only when I get a day off that everything I’ve seen hits me. Luckily, the team is an amazing source of support – they’ve become like best friends to me.