For her 22nd birthday, Connie is gifting the refugees 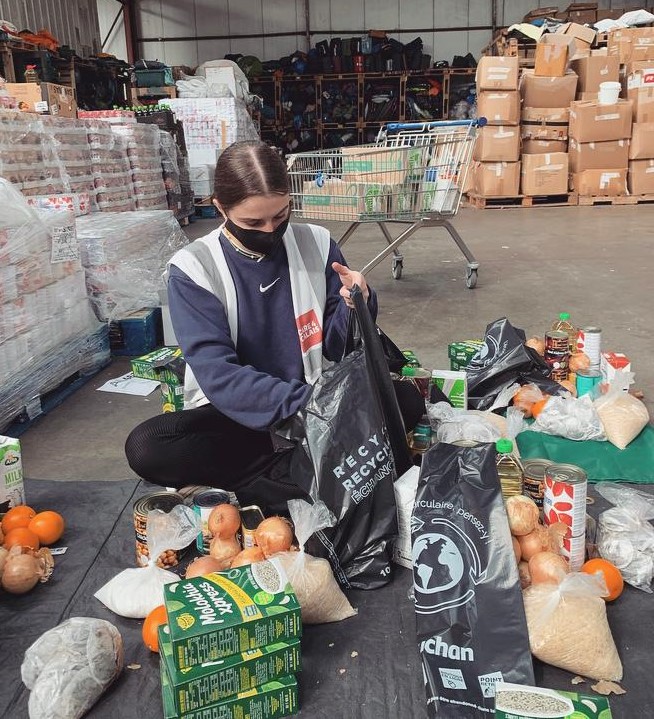 My 22nd birthday is coming up soon and my parents rang me yesterday to see what I wanted for it. I told them I don’t really need any presents, so they’ve decided to donate a bunch of things to Calais instead. My dad is looking at gathering second-hand smartphones and even my extended family have jumped on the bandwagon – my auntie called just this morning to ask about donating some books, as refugees are always talking about how boring life in the jungle is.

Both my parents are so supportive of my decision to stay here for three months. They have always taught me that not everyone is lucky enough to have what we have – and there is so much we can do to help others.

But what I’ve learned so far in Calais is that refugees can do so much to help us, too. I’ve become good friends with a 20-year-old Eritrean guy here and he’s been teaching me Arabic every time we drop by. Right now he’s focusing on words that can be useful for me at the hairdressing station – razors, clippers, chair – as that’s my favourite thing to manage during distribution. I take a little notebook with me and write the words down so I can practise them later. It’s been incredibly useful because it helps me communicate with others who may not be as fluent in English as my friend is (he also speaks German and Tigrinya – younger than me and already a polyglot).

They have also opened my eyes to a reality that I wasn’t expecting when I first arrived: boundless generosity. The other day, for example, our van got stuck in the mud at Dunkirk. None of us thought we’d be able to move it anytime soon, but then loads of refugees showed up to help – together they managed to completely spin the van around! Rain was pouring down the entire time and they knew they would be cold and soaking wet the whole night as a result, but they weren’t thinking about that. They were just thinking about helping us.

That same spirit of compassion came through earlier this week when we were distributing snack packs to refugees who had recently been evicted. Some of them wouldn’t even take the food. “I’ve eaten today already, someone else can have it,” they would say. For me, that is just about the nicest thing that a person living in such a desperate situation, who doesn’t even know whether they’ll be given a meal the following day, can do for another human being.

It’s these little things that make me want to extend my trip beyond just three months. I just graduated in Sociology and Criminology this summer, wrote my dissertation on education in East Africa, and plan on getting a Master’s degree on international development, so I’ve always been interested in humanitarian aid as a subject. But I have never felt that passion as strongly as I do now that I’m here, seeing it for myself.

– written by Connie Bowman, a volunteer

To volunteer with us visit care4calais.org/get-involved