Meet Essam: from student in Syria to NHS volunteer 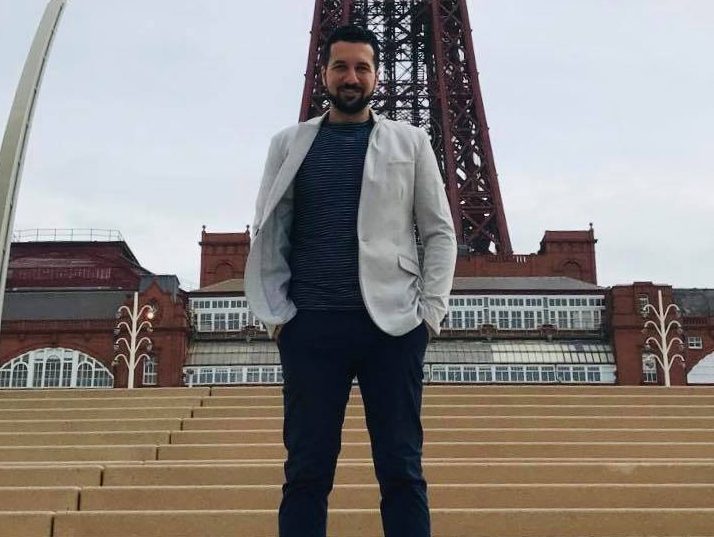 Essam from Syria joined the NHS as a volunteer as soon as COVID-19 hit.

He said: “I am ready. This is my duty to do that now and of course I am happy to do anything that would help in this country. I am not afraid of the virus at all. We have to be careful, but everything will be good.”

The 34-year-old from Syria was airlifted from Lebanon with part of his family almost four years ago. They have settled in Blackpool. His parents live just a two minutes’ walk away and Essam visits them every day with food and essential supplies. One of his brothers and his family also live close by.

He said: “Having the family here, of course that makes a difference, because at least I am not afraid for them. That is the most important thing for me.

“It’s not just about having them around. It’s about feeling happy because they are in a safe place. It’s too hard to describe. I appreciate it so much that the UK allowed them to come with me.

“But one of my brothers and his family is still in Lebanon. We wish for him to come this year or next year, we don’t know.”

Essam was shot by a sniper in his home city of Homs in 2016. He made it to Lebanon and was evacuated with his family by the UN, but it took him three years in the UK to get an operation.

He said: “I was running in Syria, when we were under siege. To cross some streets, you have to run. So the sniper hit me. It was very many years before the operation and very difficult for me. Very stressful.”

Since the operation, he has been taking IT courses, volunteering and looking for work. He said: “I’m a graphic designer. I know all the programmes – InDesign, Photoshop. In Syria I was printing banners against the regime. It cost me my life, to be honest. Before that I was a university student. I studied French Literature. I hope to refresh it, but for now I am focusing on English.

“It’s hard to find a job. Blackpool is a small town, and it’s seasonal. It’s about hotels, about restaurants. Of course, it is more difficult now to find work with the current situation.”

Essam volunteers with Lancashire Council as an interpreter and with Amnesty International telling his own story, and speaking about the situation in Syria to schools, colleges and community groups. In his spare time, he loves to go to the gym, or just walk round Blackpool, even though the thing he noticed most when he first came to the UK was the weather.

He said: “Today there is a breeze. Fine. But when I first came, I couldn’t take the weather. Of all my family, I feel the cold most. We came from a warm country, so that is normal for us.

“In Syria we know general things about the UK, but we don’t know Blackpool, Bolton or Preston – places like that. Blackpool is nice and the people are nice as well. I’m near the sea. Nice place. It’s got fish and chips, and big nightclubs, and the Pleasure Beach. I like fish and chips, but because my family is here, we can eat Syrian food. It’s really really delicious.

“Every day, I wish to go back to Syria. Every day. But I am thankful for all the things this country has given my family.”