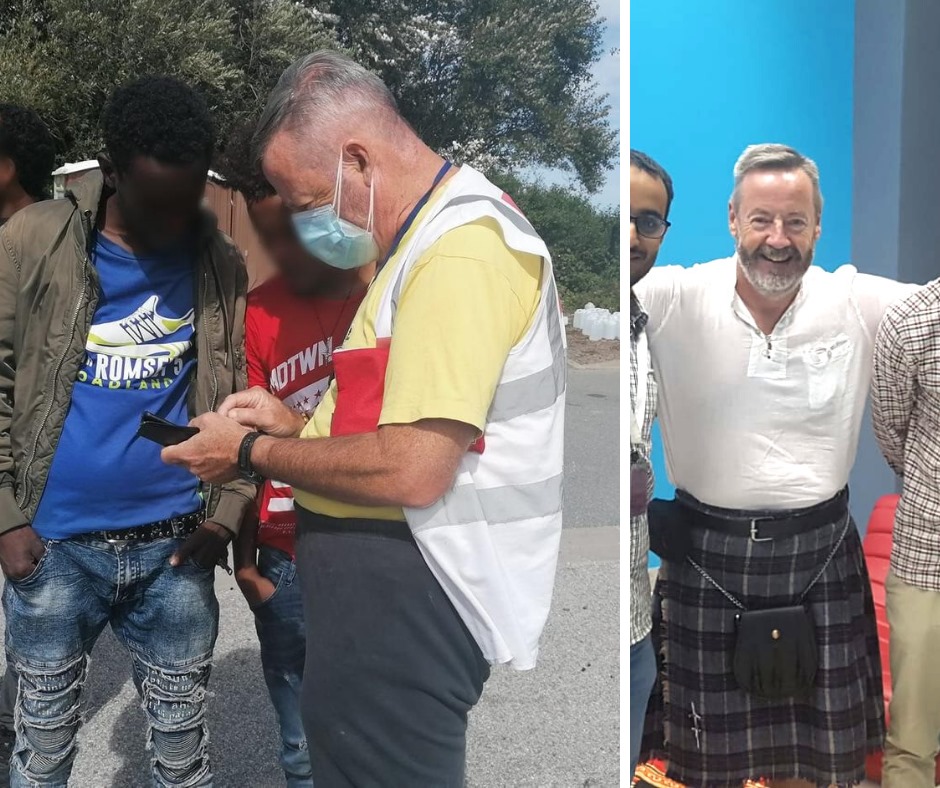 I first discovered Care4Calais two years ago when I was driving from Birmingham to Cape Town in my 20-year-old £350 car. I stopped to visit them briefly on my way back, but first I set off to travel solo for 21,000 miles across 26 countries, all inspired by an 80-year-old South African lady called Julia Albu who was driving from Cape Town to London in a decades-old Toyota when I met her. I wore a Scottish kilt the entire time on my journey, and lost count of how many times I was called Braveheart – especially in Sudan, one of my favourite countries, where I stayed for a short while with my adopted family in Khartoum.

In every distribution we go on here, I always try to show refugees photos of my trip. They are always so excited to see I’ve been to their home countries. But I’m the one who is thankful to them: the people in Africa were so wonderful and kind to me. I have found we can learn so much from other cultures, especially from the warmth of African nations – they know what’s important. I’ve met people who don’t own anything and they have been some of the kindest, most hospitable people in the world.

One of the things that most attracted me to Care4Calais was how much they genuinely care about refugees. I’ll never forget the first time I volunteered here in 2019. I was sorting trousers for our distribution that afternoon and was taken aback by how particular the volunteers were about which pairs were good enough to give out. But then you when go out on site you realise that these are people. It would be like giving me a pair of 1950s baggy trousers and saying, “These will do for you Ged, they’re a pair of trousers.” That’s the wrong message!

I was a policeman for 25 years, working on the streets of Birmingham city centre and in the nightclub district of Broad Street for five years. The key to policing is that you work with the community and you listen to what they want. That’s the same thing we do here in Calais. When you’re a policeman, you put your big hat on, and go out into the big scary world, and you deal with all sorts – it’s just like going to a foreign country. I dealt with lots of different cultures, religions, and people – and I loved every second of it.

Kindness was something I took with me all through my service as a policeman. You can never be too kind. The kinder you are and the more you do, the more you find little acts come back to you. Volunteering with Care4Calais, as well as the British Red Cross in Birmingham, is my way of paying back the kindness I’ve been given from people all over the world.

— Written by Ged Meechan, a volunteer