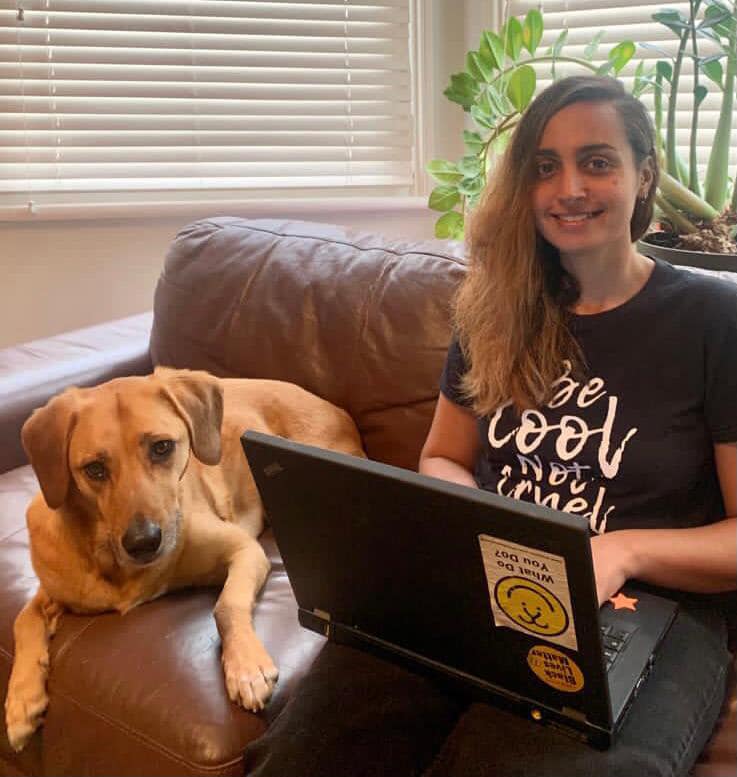 Lisa is part of our brilliant Access team, who bridge the gap between asylum seekers and lawyers. She has over 200 clients and has built up some amazing relationships as part of her work in helping them access legal aid. We link asylum seekers up with a suitable lawyer, keep them updated on the details of their case and their interviews, and send them resources to help.

‘I’ve been volunteering for the access team since September 2020 and since joining, I’ve had two clients who have been given refugee status, one of whom was just 19 years old. That was amazing. It can be quite scary going forward, because they will have to stand on their own feet after months or years. They joy of people moving into their own house where you can cook for yourself, go food shopping – they’re so thankful for the freedom after the restrictive conditions of the hotels.

It’s an amazing role, though it can be hard working with people who have been through so much. I stay motivated because the people I meet are so grateful for everything we do for them. I do worry about my clients too but I know what a huge impact the access team is having on their lives. There are a lot of barriers to accessing legal aid, like language barriers and misunderstandings. Some people don’t realise that they’re entitled to legal support. I’ve also made some really good friends! We have many asylum seekers who speak great English on the team, helping us with translation.

Almost every day, I work with Mobarak, who has become a great friend. He takes so much time to help me translate for all the guys. He’s made friends with some of those he’s helped in his hotel, and he’s reconnected with some of the guys with whom he made the journey to the UK and had lost touch with. It’s so emotional when he says “Lisa, I know this guy, we met on our journey!” He’s the most positive person I’ve ever spoken to – especially knowing what he went through to get here and that he’s been stuck in this hotel for months.

As well as connecting people with legal aid, together, we’ve helped three guys who were homeless get off the streets and into hotels. We’ve spoken to people who were suicidal to let them know that we are here to talk whenever they need us. Mobarak and I have also helped other asylum seekers get into hospital in an emergency.  Between us, we’ve been able to navigate some situations that we wouldn’t have been able to work out alone. I could not do what I do without Mobarak. He has become one of my best friends because of the things we’ve been through together.’

Many of the people we work with have had to stay in hotels for months; eating horrible food, getting moved, not knowing what their future holds. Receiving letters from the Home Office in English can be so overwhelming, and they assume they’re going into detention. It’s so important for us to be able to reassure them and help them take their next steps to a settled life in the UK.’

We always need new volunteers. There are so many peope who need our help. If you can give 20 hours a week, we provide full training and support. Please email access@care4calais.org.

Sanaz is granted right to remain in the UK

Another successful Ramadan distribution in Croydon

Ahmed’s Story with A Heart 4 Refugees

Delivering 2,000kg of dates for Ramadan