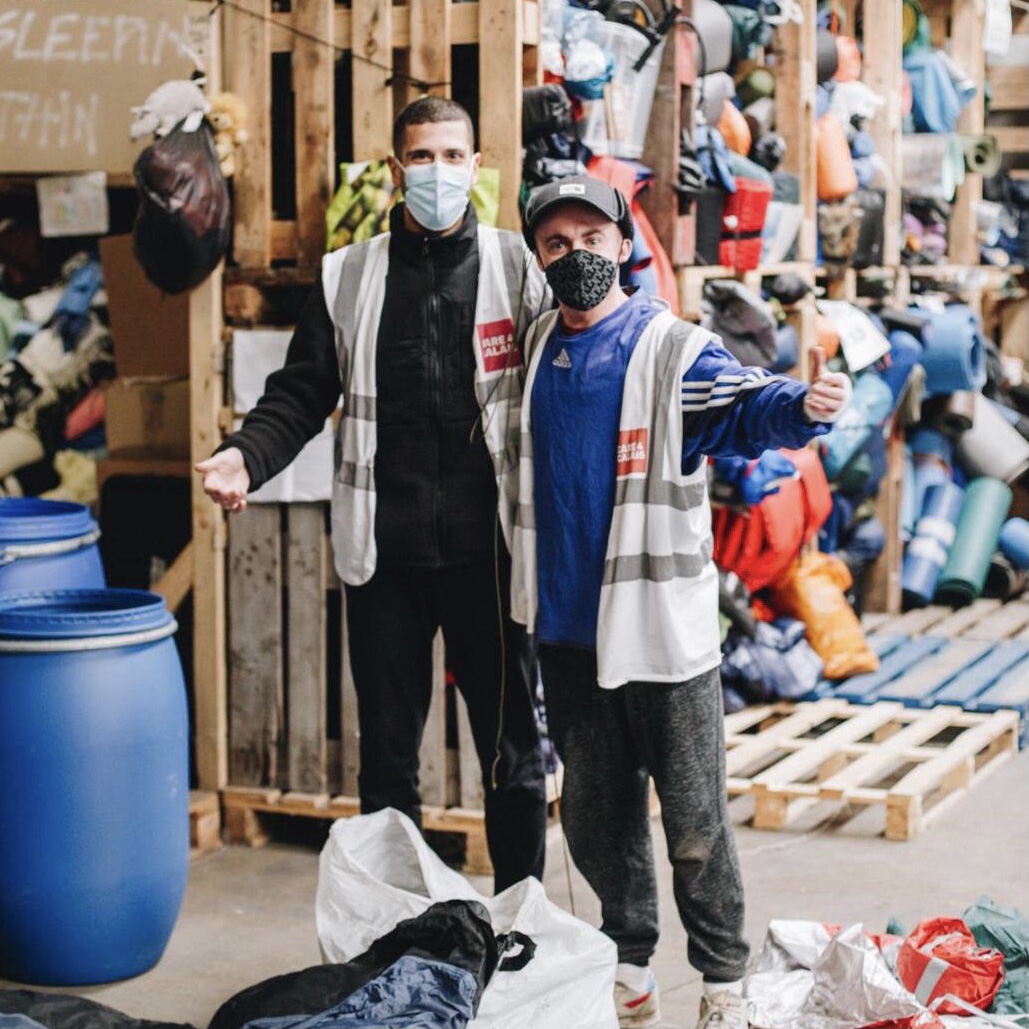 ‘I knew that I needed to come over here to have a better understanding of what’s going on. I couldn’t sit around in lockdown and do nothing. I’m a fundraising manager back home, and volunteer for Care4Calais in Birmingham, but I’ve gained a lot of knowledge since being here.

The brutality that police inflict on the refugees surprised me the most. I’ve seen the state the settlements are left in. I had a conversation with a guy who said in the last weeks, the police had been even harsher than usual – you could see from his face that he’d been severely beaten several times. Packing extra tents and blankets to go out after an eviction in Dunkirk last week, I thought, that destroyed someone’s chance of having a bit of warmth that night. We’re in minus degrees, and people don’t even have shelter or a blanket to wrap around them. It can mean death. I came home and cried for about an hour. It’s impossible to picture what people are going through without witnessing it.

On my first day, I was a little overwhelmed but after a busy distribution, I played football with a few Afghan and Sudanese guys. The language barriers didn’t really matter. It was like playing with mates back home – a bunch of guys, having a kick around, laughing when someone falls over. I decided straight away to extend my volunteering.

In Dunkirk, there were two kids who ran up to me saying, hey, let’s play ball! We stood there for about 2 hours, chucking the ball back and forth. The kids insisted on washing the muddy cricket gear, even we said they didn’t have to. Their resilience is astounding. The conditions are awful but you turn up and everyone is smiling, wanting to share something positive with you.

There’s zero difference between people in the UK, Iraq, Afghanistan, Sudan. The situation and the trauma that displaced people experience is totally out of their control. We all want to sit down for a family meal and see our kids safe in school. Going to Calais is a very humbling experience and it makes you realise we are all the same, despite cultural differences. We’re all human – we all want a safe and happy life.’ – Luke, Care4Calais volunteer