Meet Mohammed, who is building a new life 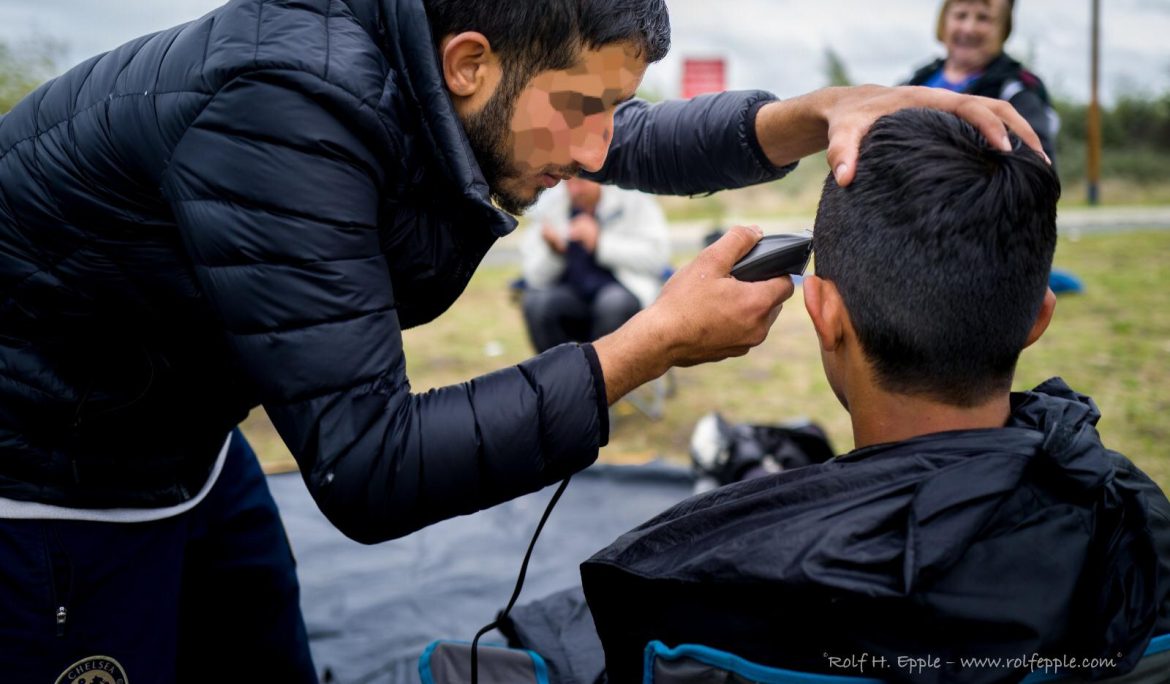 Mohammed is a gently-spoken new dad, who dreams of opening his own hairdressing salon.

The 24-year-old left Iraq just over two years ago, when his village was destroyed by war. He and his entire family – his parents and eight brothers and sisters – headed for Turkey, but the others were caught and deported back to Iraq. Mohammed carried on alone.

“I’m from a village, between Mosul and Erbil. Our village was totally destroyed to the ground because they say it’s a war place.

“That time when my family was arrested, that was the worst time in my life. I didn’t know where to turn. My heart was broken.

Mohammed made his way across Europe, wanting to get to the UK because of so many English-speaking friends he had met over the years when he was still in Iraq. He is a huge fan of Chelsea and of English football.

“My dad likes to speak English. I was so interested. I had many friends outside of Iraq and we were all talking in English. Some of them came to Iraq. My English was getting better there, but now I think I have a German accent.”

For six months he stayed in the camp in Calais, where he got to know Care4Calais, cutting hair for fellow refugees with a set of clippers and scissors that Care4Calais got for him.

“I am a barber, I had a shop back home, and I saw there is no barber there, but some guys were doing haricuts, so I said if you can give me clippers and scissors, I can do free haircuts. I’ll give you back the clippers. They said just write down what you need and we will get them.

“So big thanks, because they got this stuff for me and after that, until now, I saw that in the page of Care4Calais, you guys are doing haircuts for free for people.

But in the camp Mohammed had four epileptic fits – the final one leaving him with a broken jaw.

“I fell in the street and woke up in hospital. The next day they said I can go home. But after two or three days my mouth was still bleeding. I could feel a pain in my jaw.

“Care4Calais helped me to get to Lille for an operation, but I’ve still got a problem. I sometimes feel pain or if I open my mouth, there is a sound – a click. My teeth are not straight. I’ve still got the scar under my chin.”

After six months in France, Mohammed lost hope of reaching the UK and made his way to Germany, where he got married and now has a baby son.

“We’ve got a nice son. He’s two month and 24 days old. His name means ‘my soul’ in Kurdish. When people are calling their beloved person, they say ‘my soul’.”

In three or four months he hopes to get his official asylum status in Germany and open his own barber shop.

“To experience this was really not easy. I’ve still got my goals and how to have my own business and things. But for now my family is more important and our safety. I hope everything is going to be better. We try together, hand by hand, to change everything.”

To volunteer or donate, visit here.