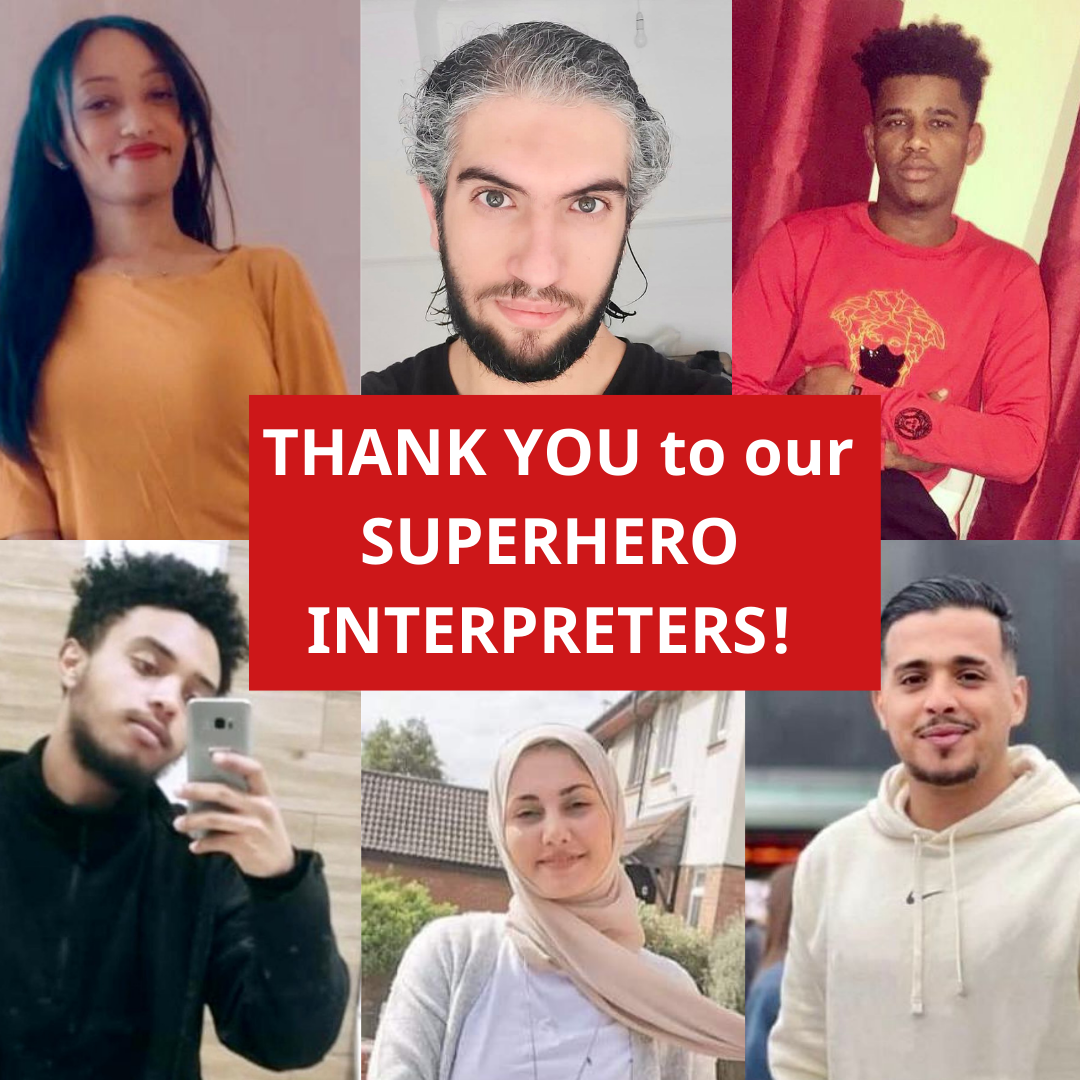 For refugee week we’d like to introduce you to some of our fabulous interpreters.

These guys are all volunteers who give their time freely to help others who would otherwise struggle to make themselves heard. All are asylum seekers or refugees and have come to know Care4Calais in various ways. We have over 40 volunteer interpreters in the group from all over the world, including some of the most dangerous countries on Earth. Together they speak over 17 languages. Many have made their own dangerous journey to safety and so can easily empathise with the new asylum seekers and make the telling of a traumatic story easier. Many are still in limbo waiting for a decision on their application, but still they want to help others.

Without their help the vital work Care4Calais does supporting people would be so much harder. Care4Calais volunteers and caseworkers rely on translation and interpreting services provided by the volunteers who offer up their time freely, often at a moment’s notice and often after a hard day’s work. Many asylum seekers could be misunderstood, fall through the gaps, or might simply give up trying to get help. No matter what time of day or night, when someone shouts for help an interpreter will answer.

Bear in mind that interpreting is no easy job. You need to listen to two people very carefully, and interpret the words spoken without putting any of your own spin the words ,or adding anything in. At times it’s frustrating, and to hear stories of trauma over and over again is heart wrenching, but they do it because they know it can save lives.

But it can be fun too, especially when messages of good news can be given. And often there are moments when people are sharing stories and just have moments of connection. Moj told me the other day that he’d been translating for a poor guy who had been running from an Islamic government, and was terrified to go through passport control. When he did pluck up courage, he told Moj, he saw his the passport controller in front of him was wearing a hijab, and was Muslim – scary. At this point the guy telling the story realised his interpreter was Muslim. You might have thought it would be an awkward moment between interpreter and refugee but no, said Moj – they thought it was highly amusing and had a good laugh about it.

These guys are seriously great in any language; we salute you, and thank you from the bottom of our hearts for your time and dedication.

In the photo, clockwise from top left: Fiyonna from Eritrea; Mustapha, or T 17 as he’s known, from Palestine; Bashir from Sudan; Salahe from Morrocco ; Sara, who is Kurdish and Ezana from Eritrea