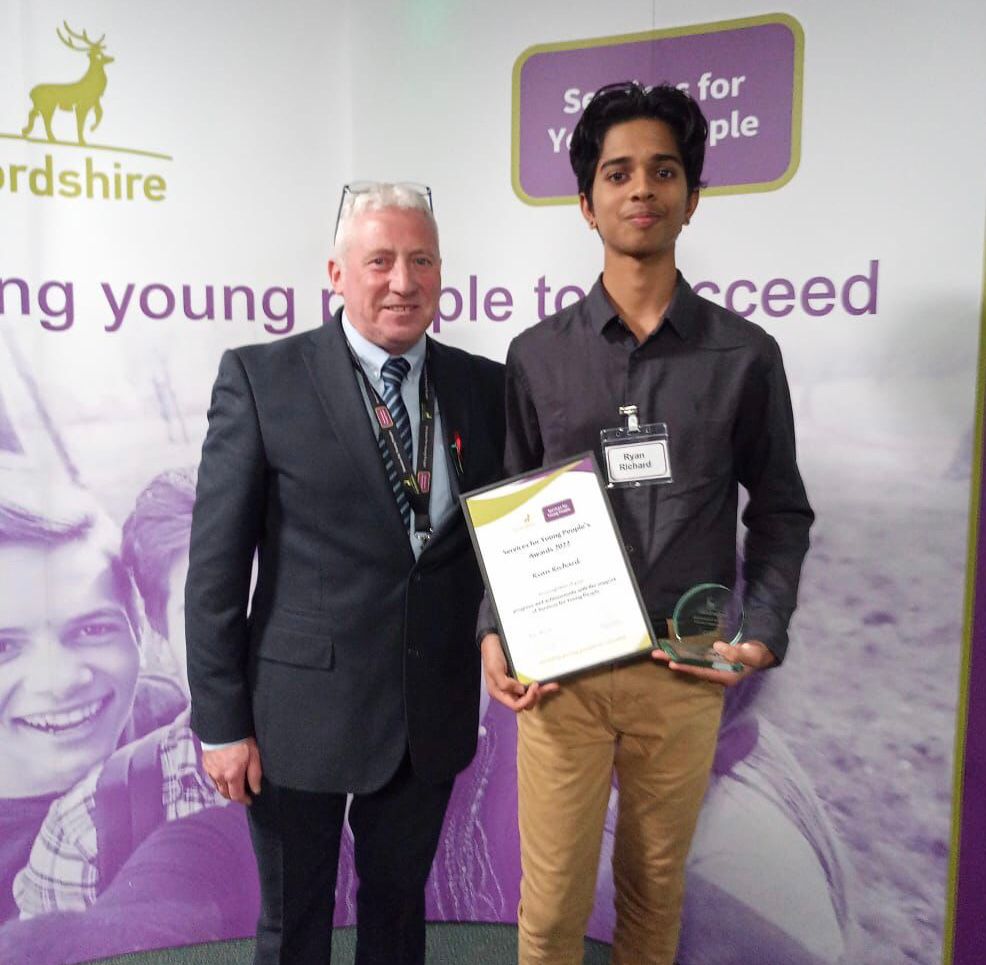 This is Ryan, a 15-year-old refugee, who has just received an achievement award for his exceptional contribution to the community.

Ryan has lived in a hotel near Stansted Airport with his mum, dad and two brothers for over a year as they wait for their asylum claims to be processed.

In East Herts there is a project set up by Hertfordshire County Council Services for Young People that the Stansted Care4Calais have been involved with. It has weekly two-hour sessions for refugees children aged 11-17 to learn life skill and do things outside their hotels.

From the beginning, Ryan saw how important this could be. And knowing how other kids might be nervous of getting involved, he stepped forward help make sure it worked. He encourages people to get involved, organises the other children, and makes sure sure they attend weekly sessions. He’s become a brilliant group leader.

SyFP recognised his imitative and so he was given the award.

Russell from the SyFP East Herts team said: “He has shown real leadership skills, co-ordinating young people of different ages and from different backgrounds. He’s liked and respected by everyone.”

“At first when I heard about this I was nervous,” Ryan told us. “I thought I wasn’t going to show up, but everyone asked me to go and said it would be a great experience. A lot of people encouraged and supported me.

“I decided to go because I didn’t want to make others feel like their words meant nothing to me. I went there with my parents and Russell showed us around and explained what was gonna happen that day. I was still nervous but my parents were so happy and proud of me.

“I was really proud of myself because I was able to bring a smile to my parents.”

We are so proud to know Ryan and it has been a privilege to work with SyFP on this project. People like Ryan have so much to offer if just given the chance.