The book that inspired Sahar to help UK refugees 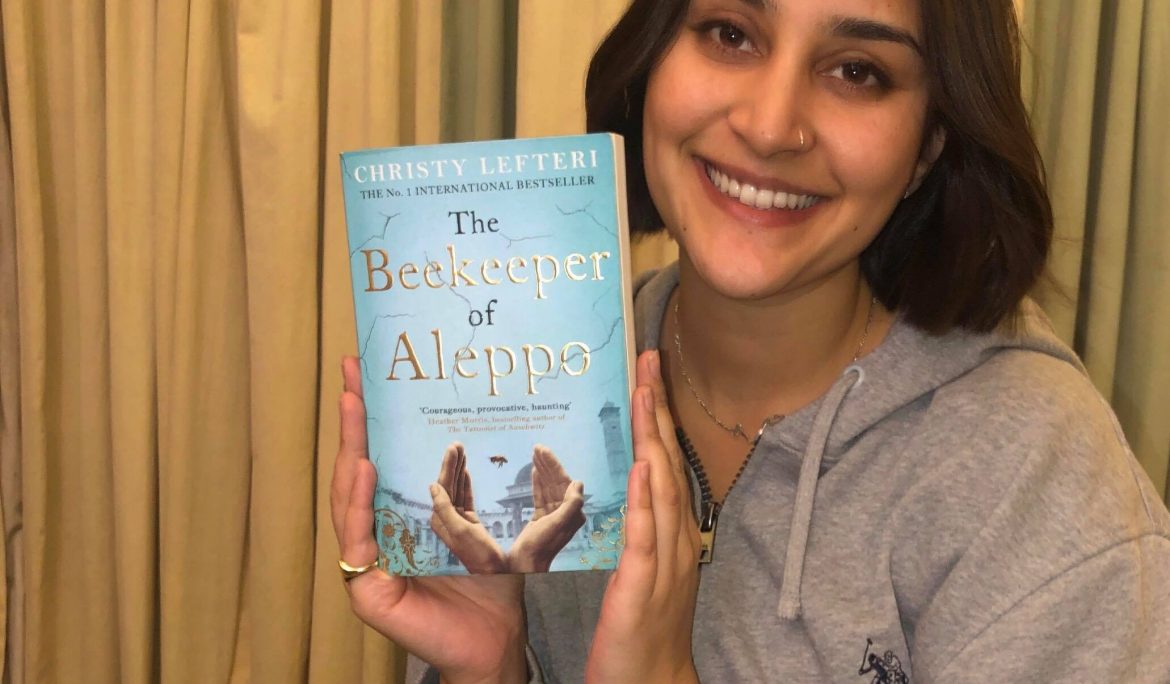 I’ve always wanted to help refugees, but I truly opened my eyes to the difficulties of starting over in a strange new country when I read The Beekeeper of Aleppo with my family as part of our book club. It tells the story of a Syrian couple who are forced to flee the war and then struggle to settle in England as asylum-seekers, troubled by the feeling that they don’t belong and that people don’t want them there.

The day I finished the book, I saw a Care4Calais post asking for volunteers to support refugees in the UK. I knew that was a sign, so I immediately got in touch and joined my local Care4Calais group in September. Since then I’ve visited a local hotel six times, became good friends with the hotel manager, and took over the responsibility of managing distributions and overseeing a spreadsheet of what was most needed between the 50 refugees living there.

Everyone at the hotel is so nice that they make it a breeze for me to distribute. I bring a suitcase, a backpack and a few tote bags with me, the hotel manager helps me set it all up inside, and then I text the residents one by one so that they can come downstairs to choose what they need.

I was lucky that my entire family were all desperate to contribute too. Some family members like my auntie have donated money, while others opened up their homes to donations. My parents’ house is filled to the brim with clothes and shoes right now, with quite a lot of it coming from my amazing neighbours.

Once we covered most of the essentials, me and a couple of other volunteers set up a fundraiser to pay for higher-value items like phones, jackets and winter shoes. We chose a £600 target but somehow raised almost £500 in the first three days! Even though we’ve now hit our initial target we’re still welcoming contributions as needs are still high.

Many of the guests here are quite young but there are a few older gentlemen in their 60s too. Most are from Sudan and Eritrea, with some coming from Iran and Kurdistan – not too far from my own home country of Pakistan. Despite the different nationalities they have become like a big family. They’re always cracking jokes with each other and have great banter with the hotel staff, which is lovely to see.

But even with this pleasant atmosphere, I can still feel the tension of uncertainty in the air every time I visit. They don’t know how long they will be there for. One guy asked me for a hoodie once, and when I came back with it a few days later none of the messages were going through to his phone. The hotel staff hadn’t heard from him in days. I have no idea where he is – that scares me, but it terrifies the other guests even more.

That is why it’s so important to keep visiting them, extending that helping hand and showing you care. You don’t need to read The Beekeeper of Aleppo to know that everyone could use a friend right now.

To contribute to the West Midlands fundraiser go to www.goldengiving.com/fundraising/C4CWestMidlands

To volunteer in the UK go to care4calais.org/uk