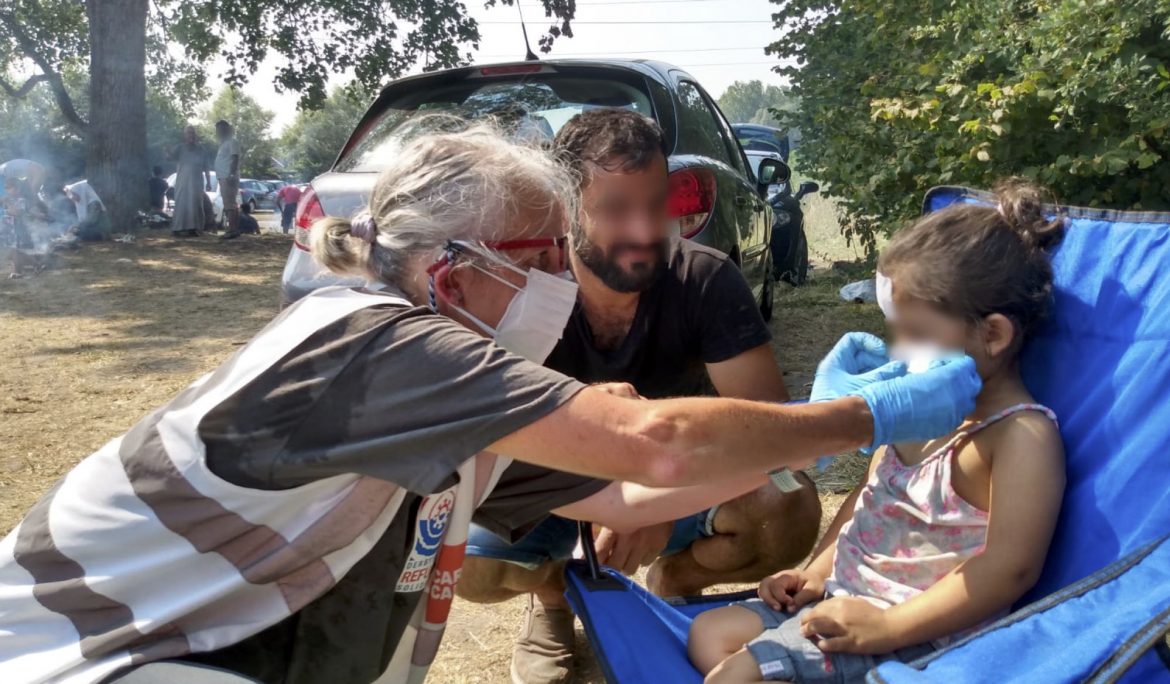 At the first aid station in Calais a few weeks ago, I taught a 17-year-old Eritrean boy how to play Noughts and Crosses while he told me about his dream of becoming a nurse in the UK. I thought that was amazing – I’m a retired nurse myself, so we decided to keep in touch.

Then a few days later I came back with a book called Kensuke’s Kingdom by the novelist Michael Morpurgo. The boy wanted to improve his English and I thought that book was the perfect way for him to practise. I also gave him some eye drops for his red eye problem that wouldn’t budge. The week after, I came back and his eyes were a pale pink. Because of the improvement in his sight, he had already devoured 15 pages of the book!

A week or so later, when I was already back from volunteering, he called me. The signal was quite bad but I could just about make out what he said: he was in Liverpool! He had made it to the UK and was doing well. He’s just 17 so I was overjoyed to hear that he was safe. I hope he gets to be with a loving family.

He reminds me a lot of the refugees I meet while volunteering at home for Derbyshire Refugee Solidarity. The people I meet there are just like that boy: very sweet and smart, and very quiet and reserved. I met so many others in Calais who were just like that too. A soft-spoken Ethiopian man who was a marketing executive back in Addis Ababa, a young physics teacher who missed his students, a Pakistani gentleman who shared my love of exploring mountains and valleys. They’re ordinary people who all had jobs, families and lives in their home countries that they had to leave behind.

It was so special getting to know them during my two weeks volunteering with Care4Calais. I’ve talked about it so much that now my husband wants to come too – we’re planning on returning in late January after he retires. It gets so cold then, but the refugees are all still there living out in the woods. That’s when they need friends the most.

— written by Sal Chaffey, a volunteer