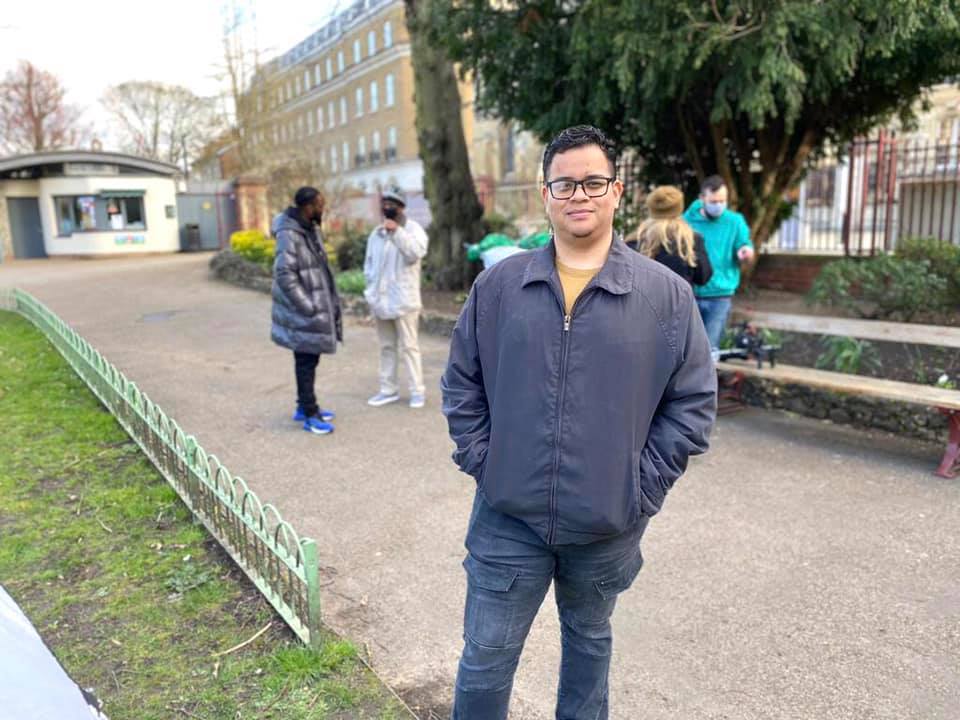 Salomon is a teacher from Honduras who was living in a hotel room in Reading for 5 months, before recently being moved to Liverpool. In Reading, he was feeling lonely and isolated since arriving, but worked hard to keep himself busy by volunteering. Through a Care4Calais drop-in, Salomon was introduced to a South American couple housed in nearby flats – one night, the couple made traditional pupusas and invited him to share them.

He said: ‘It was the best evening I’ve had since I came to this country. We’ve become very good friends – they are simply amazing and kind. I have taken them to different organizations I know for them to get support, as the lady is seven months pregnant and they had many issues with getting a lawyer. The language barrier has been tough for them.’

In Honduras, Salomon taught English and Maths to kids, teens and adults at elementary and high schools as well as at university – and now he’s helping our volunteers by running some virtual Spanish lessons for the team in Reading!

Salomon said: ‘I met a volunteer who used to visit us at the hotel, so I basically asked her for a chance to do something with them, or the opportunity to teach my native language, so she introduced me to Sam, who helped me to get people that might be interested in the lessons. One of my dreams is to work as a teacher here in the UK too.

I want to say that there’s nothing better than the feeling of freedom to contribute to this society, for our mental health and the conviction to help others as we’re helped in the same way. I’m grateful for all the support I’ve been given by Care4Calais. The chance I received has made me feel much more confident in myself and sure that I can be useful here.’

To volunteer with us in the UK, email annie@care4calais.org.