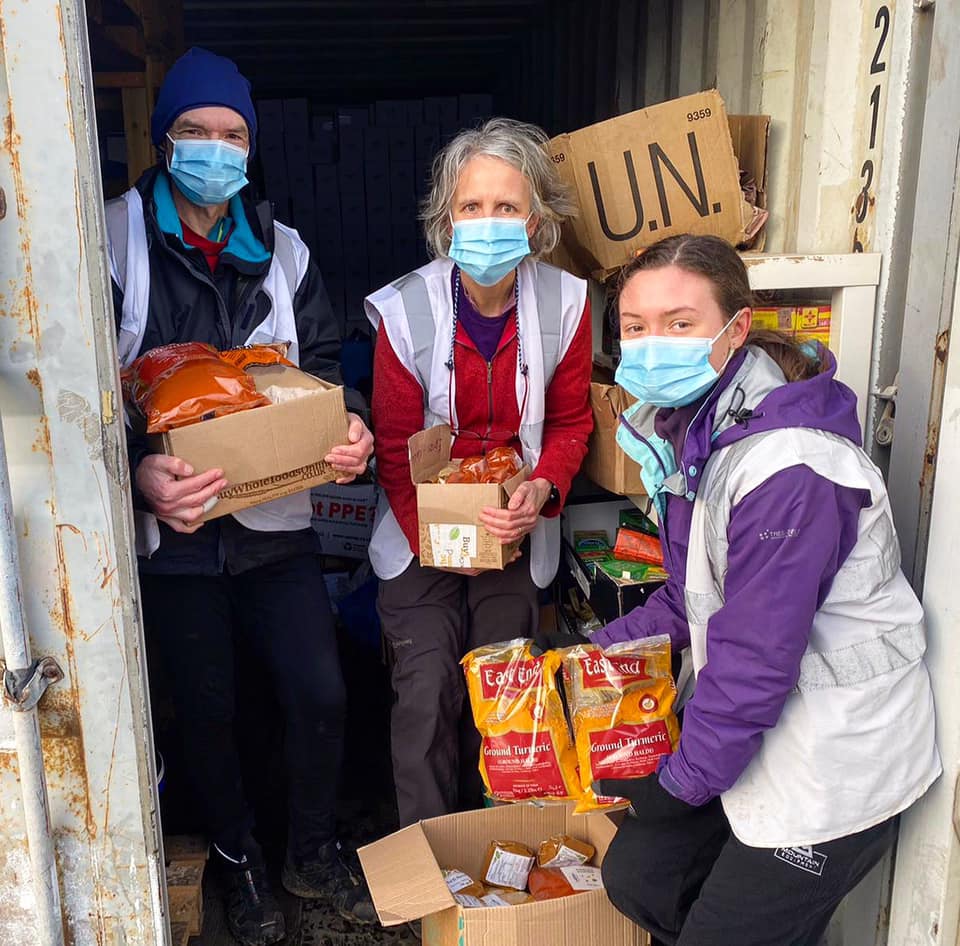 ‘My mum first came out to Calais in August after hearing about Care4Calais through Derbyshire Refugee Solidarity – she found the experience so valuable and recommended it to our whole family, so we joined her this time. Obviously, the conditions have been a lot worse in winter than when she was last here, and the need for volunteers and donations is even greater due to the colder weather and ongoing pandemic.

We put out a post on Facebook before we travelled to Calais, saying that if people wanted to donate anything then spices would be a really good idea, because they’re more expensive in France. We had loads of spices delivered to our house from friends and family. Before distributions, me and dad bagged them up into individual packs for the guys to use when they’re cooking. It was good to see the whole process, from getting the donations to giving them out to people who really appreciated it.

People’s continuing positive attitudes even in awful conditions have really surprised me and I’ve been able to speak to so many different people about their lives and hopes for the future. I was talking to one guy about our families, and how he’d like to visit Manchester. When I told him I don’t have any brothers, he said, “I’ll be your brother now!”

I’m a journalism student at Westminster University – because everything is still online, I’m able to volunteer during the day and catch up with recorded lectures in the evening. I’ve mainly been helping with giving out hot drinks during our distributions – one of the easiest things to do as a newbie! I’ve also interviewed other volunteers about what we’re doing to share with people in the UK – friends back home don’t have any idea how awful the situation is here.

It’s bad enough that people have to live in these conditions, even without the police coming and trashing it every few days. I just want to make sure that everyone knows what is actually going on. This could just as easily have been me if I had been born in a different country. Everyone deserves to have the help we’d want someone to give us in a position like that.’ – Sarah, Care4Calais volunteer