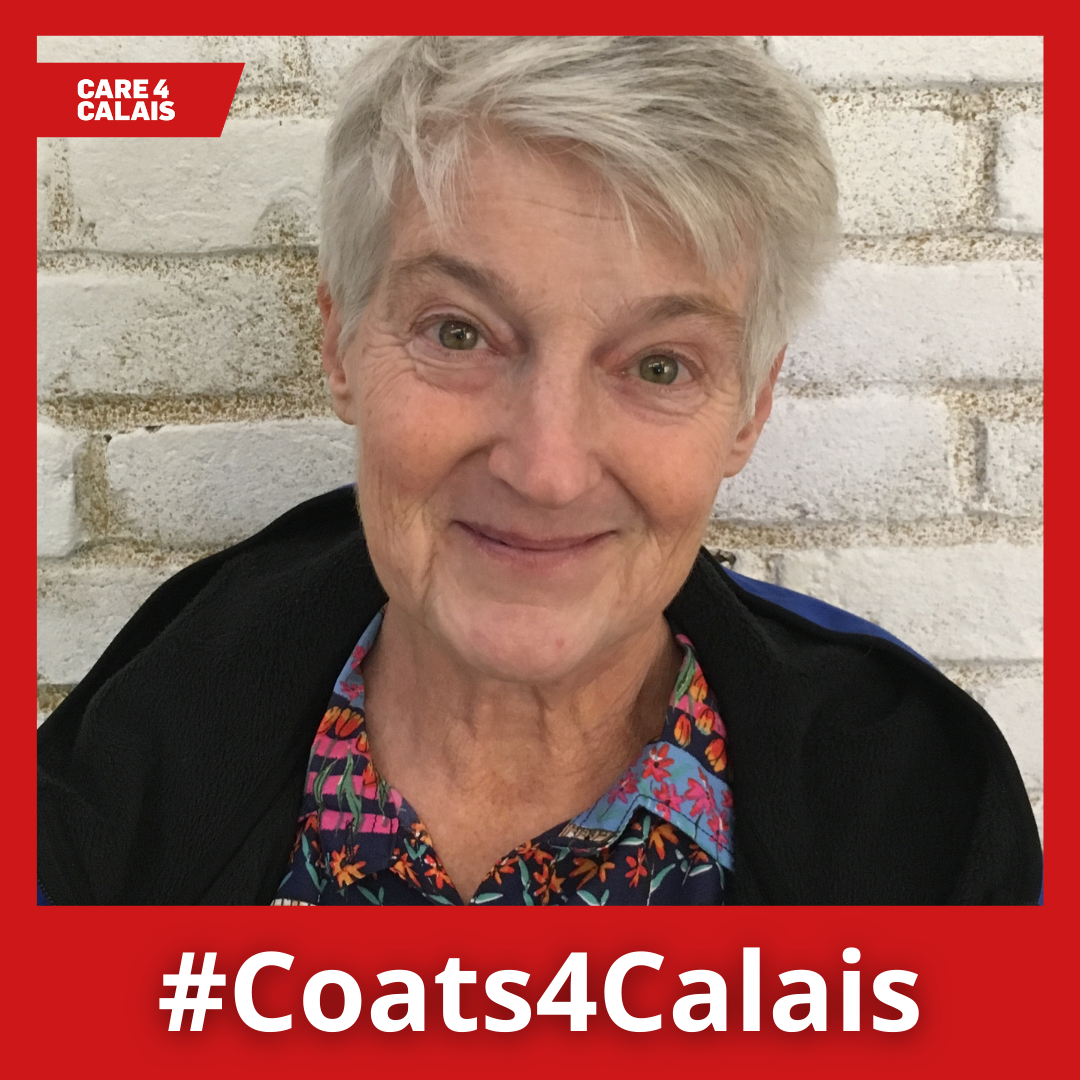 Meet Vicky. Her parents were Transylvanian Czech refugees who escaped multiple concentration camps to find safety in Canada, and her husband was unexpectedly relocated to Scotland after fleeing the Pinochet dictatorship in Chile. But surprisingly, it wasn’t her close proximity to refugees that motivated Vicky to start a #Coats4Calais collection.

Instead, her desire to help refugees came from her neighbour when Vicky was four. Her mum had just died and her father hadn’t recovered from the years in concentration camps, so four-year-old Vicky slowly moved her belongings into her neighbour’s apartment. The neighbour lived in a tiny rented flat, but she had an enormous heart. She never showed Vicky the door.

It was her neighbour’s complete openness to helping people, even though she needed help herself, that fuelled Vicky’s passion for supporting others and becoming politically active. Since then she has chaired countless Latin American solidarity groups, ran a support group for 650 African slave-trafficked asylum-seeking lone women in Glasgow, chaired her local Labour Party branch, and helped refugees in Calais by donating warm clothes to her local Care4Calais drop-off point every year.

This year, it all changed. When Covid hit Vicky immediately had to shield. Because she has been self-isolating since March, so many things became difficult. But she was determined to help no matter what, so Vicky had an idea: why not collect things at home, quarantine them, and then arrange for someone else to pick it up?

Over the course of two weeks Vicky put together an impressive collection of warm coats and winter clothes, as well as several tents, sleeping bags and blankets. She was taken aback by the incredible generosity of her borough, who contributed so much despite the sheer number of other winter appeals in place. Even her children joined in and raided cupboards to donate coats and food. The collection was so huge that two car journeys were needed to pick it all up!

We are so lucky to have fantastic volunteers like Vicky. When you are this passionate about helping refugees, not even a global pandemic can stop you.

To follow in Vicky’s footsteps and start your own collection of warm coats go to care4calais.org/coats4calais