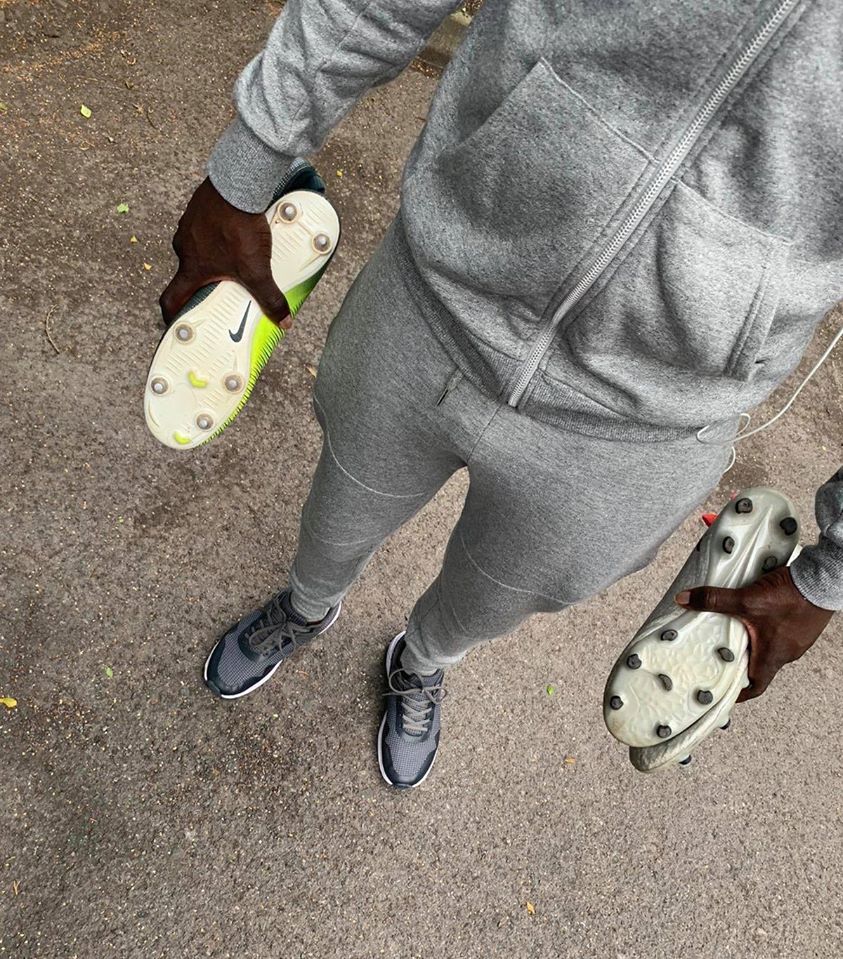 A few weeks ago I got a message from Care4Calais asking if I could help a young lad from Sudan who had spent months in Calais and was finally in the UK. He had been placed a hotel in Manchester by the Home Office but, although this might sound good, there have been various issues at many of these hotels.

The Home Office have been using hotels due to accommodation shortages under Covid. However, as food is provided by the hotels, the refugees are given no living allowance and have no money at all to buy basics such as toiletries, clothes, or prescription medicines. In addition many arrive in just the clothes they are wearing and so have no clean underwear or clothes to change into so they can do laundry.

This guy from Sudan had volunteered with Care4Calais in France and was in desperate need of clothes and a mobile phone to contact his family.

As my plans on travel back to Calais to volunteer had been put on hold due to the virus and lockdown, the opportunity to help in the UK was great.

I contacted him by voice notes and Google Translate as his English wasn’t great. I grabbed together a few clothes and a pair of trainers and headed to the hotel, unsure of what it would be like or what to expect.

As I arrived at the hotel the sun was out (surprising for Manchester) and I was greeted by the young lad from Sudan. To my surprise he recognised me and I him from my time in France.

We spent some time talking about his journey to the UK and how he is doing. Unbelievably he crossed to the UK in a wooden rowing boat. The thought of this is simply terrifying. No one should be feel they need to take such risks.

He introduced me to other lads who are now at the hotel. They talked about how they were missing fresh fruit and salad – the hotel’s budget for food is limited and they are provided with very basic meals such as sandwiches or something similar to airline food. 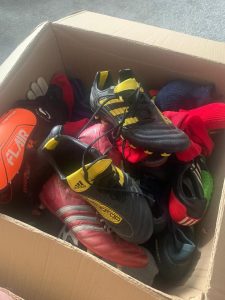 They also talked about their love of football.

Care4Calais put a call out for other volunteers that would like to get involved in supporting in the UK. We have have around ten volunteers in Manchester with a variety of skills and experience (some of whom, unlike me, like to play football). Between us the guys now have a couple of balls and a selection of football boots. We have organised a few games and we have taken fresh fruit over a number of visits.

As a group of volunteers we are now planning what we can do going forward. We’re working with the hotel to improve the food and with other local charities to plan English lessons, legal assistance, clothes distributions, and more.

We are in regular contact with the lads at the hotel who always want us to come and see them to either sit round and chat to help them improve their English, or to show off their football skills!

Care4Calais has various groups working at similar hotels around the UK. To get involved please join our volunteer chat group on Facebook: tinyurl.com/C4C-Facebook

— written by Wayne Harrison, a volunteer