Meet Zeenat, who helps from Croydon to Barnet 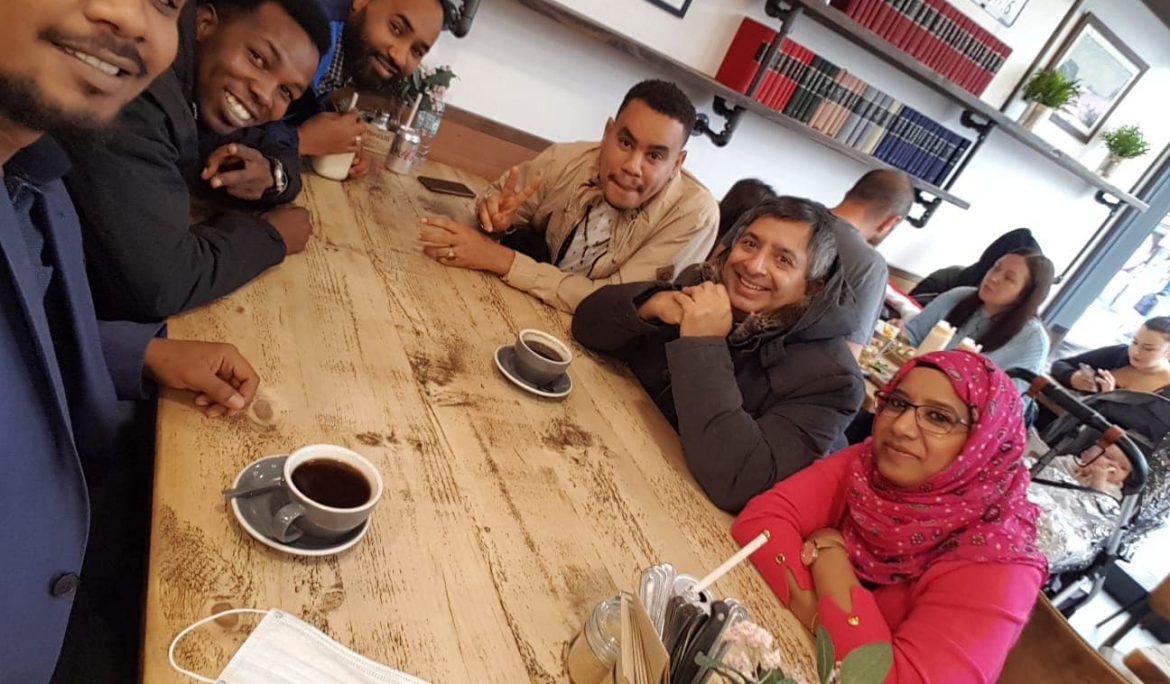 These are four lovely young men I had the pleasure of meeting while helping refugees in Croydon. Because we weren’t allowed inside the hotel to distribute clothes and shoes, we often needed their help with the heavy lifting of boxes and giving things out amongst the residents according to what each person needed. One of these men, Mohamed Kenana, is a Sudanese telecoms engineer who is fluent in Arabic and English, so he’s also helped translate things during our visits.

I had to repay them for their kindness somehow, so I took them out for coffee and lunch last week. Little did I know that would be the last time we would all be together. Just after our lunch, three of them were given an hour’s notice and were suddenly moved to a different hotel up in north London. The fourth lad, who is just 22 and was like a son to me already, wasn’t quite as lucky and was moved to the military barracks in Folkestone.

Their last few days at the Croydon hotel were intense. Refugees were being moved away one by one, so those who stayed behind constantly feared they were next. They were panicking and called me almost every day asking for bags or suitcases so that they didn’t have to leave everything behind. I ended up going there six separate times last week. In my last visit, I had run out of luggage so I emptied my own suitcase and gave it to Kenana. Without it, he would have had arrived in north London with nothing.

It’s not just me who loses friends when they get moved to other parts of the UK. There was a pregnant woman who is all by herself in the UK, and these four gentlemen took it upon themselves to look after her. Thankfully, she has been taken to the same north London hotel as three of them – but what if they get separated again? What happens to her support system?

The Croydon hotels are empty now, which marks the end of a chapter for me. I have spent the last few months collecting a huge amount of donations from friends, family and neighbours, organising it all by size with the help of my husband and my two boys, and delivering it to the refugees. All I had to do was ask a few friends and help flooded in. One of them told their local fitness group, who told their friends, who shared my address around with others, and suddenly donations would show up out of nowhere on my doorstep. I even received packages of nearly brand-new clothing all the way from Warwickshire!

But after witnessing just how much the refugees needed my help these past few months, I won’t let empty hotels stop me. I’m still in touch with the refugees who are now in Folkestone and north London and I will use the Care4Calais network of volunteers in the UK to make sure they have everything they need, no matter where they are. We won’t the hostile environment stop us.

– written by Zeenat Bibi, a volunteer

We need more volunteers in all areas of the UK. To get involved visit care4calais.org/uk