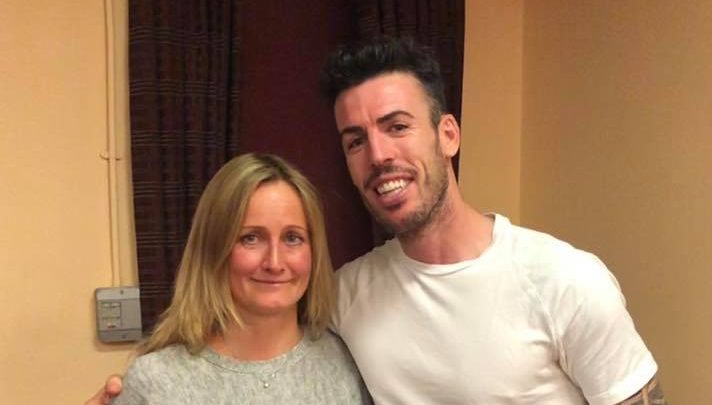 Last week our founder Clare Moseley spoke alongside Miguel Roldàn, a Spanish firefighter facing 20 years in prison for saving lives in the Mediterranean Sea, at the Fire Brigades Union annual conference. We would like to share with you the inspiring and moving speech that he made.

My name is Miguel Roldàn and I am a firefighter from Sevilla. In the year 2017 I was on a cooperation project in the central Mediterranean, so I am under investigation for human trafficking.

Our actions were carried out under the supervision of the MRCC (Rome control and coordination centre), so any action taken had to be authorised by Rome, and if we did not receive the authorisation, we should leave the migrants adrift leading to their certain death.

We were direct collaborators of organisations like Medicines Sans Frontiers, Save the Children, British army or Spanish army. The only thing we did was save lives, people that without the NGOs in the Mediterranean would not have a chance of life today.

We see shockingly inhuman situations all the time. Stories that begin in countries thousands of kilometres from the coast of Libya. Why the Libyan coast? Because that is where we have pushed people with the immigration policies we have in Europe. A distance of at most 500 kilometres to Italy.

They come in toy boats, overcrowded. Vessels that could at most take 30 people get 300 and so have no element of buoyancy. To make matters worse the people are exhausted (they go for days without eating or drinking) and when they fall into the water without even knowing how to swim they do not have enough strength to to hold on to a lifeline.

I was a fireman and as such I knew that I would have to save lives from the water, what I did not know was that I had to become a judge. I would have to decide who lived and who died by my decisions. 300 people in the water and we did not have material or human resources that could help them all. For that reason, according to the group of people who I helped they would have a luck or not. I would not wish that burden on anyone.

As a final reflection, I would like to say that we do not see migration as a problem. But let’s see the people. We have to know that this is not a migration for a better future but for survival. They flee from countries in war or from countries where famine prevents them from taking even one meal a day.

Nobody wants to leave their country under normal conditions. We do not want to live in a society without empathy. Let’s put ourselves in their place. And extend a hand. We must act now, because people keep crossing and continue to die every day.

You can support Miguel and his colleagues by writing to your MEP to demand that search and rescue services be relaunched in the Mediterranean and that saving lives should never be a crime.