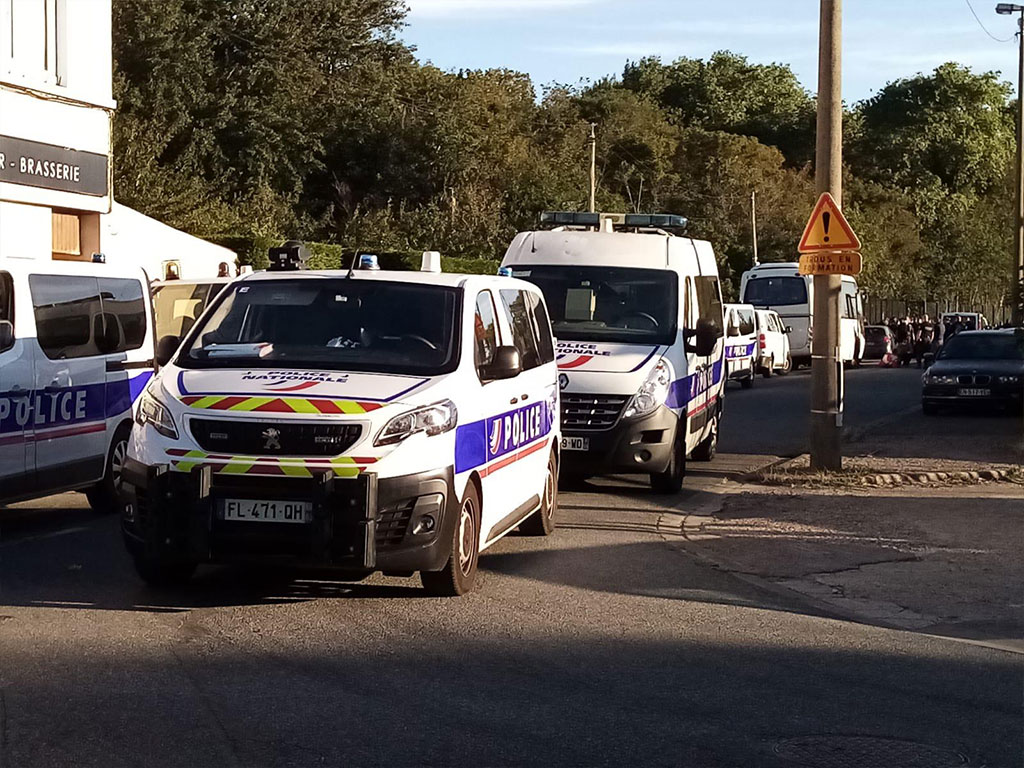 We are devastated to report that, at 5.30 this morning, police once again completely cleared the largest refugee settlement in Calais, and partially cleared a second.

An eviction notice put up yesterday gave people a chance to get away, but in a cruel twist police followed to where they went and there forced three bus loads of people to leave for destinations unknown.  The ones that left took shelter in nearby woods or on waste ground.

Our volunteers went out early this morning, looking for those in need of help. We came across a rough field next to a dual carriageway where, taking shelter from the heat, a group of young Sudanese men had gathered behind a small industrial structure. They’d managed to flee last night, and have been here since, without food or water. Though exhausted, dehydrated, and disorientated, they were remarkably stoic, according to our volunteer Matt. “They’re confused about what to do next, but they’re resilient as ever”, he said. “Together in a group, friendly and affable and polite, despite this awful situation.”

Another group of volunteers searched the woods, but police were already combing the area and we were quickly ushered out. As we were leaving, a lone refugee emerged from the trees, frightened and clutching his rolled up sleeping bag. Police escorted him towards a long line of vans parked nearby, his future now more uncertain than ever.

We’re now hearing worrying reports that people are also being plucked from the streets while walking in and around Calais. This is some of the most widespread and intensive police action we’ve seen, and the mood here is one of fear and uncertainty.

People can’t live like this. This is no way for a European government to treat people who are traumatised and fleeing war. They have come to Europe for help, having broken no laws.

Once again we have an incredibly tough weekend ahead of us, preparing food packs and gathering other emergency supplies. Though our governments may allow refugees to go hungry, we will not. The need for tents and sleeping bags to replace those destroyed is urgent. A tent to shelter two people costs just £12 and a sleeping bag to keep someone warm £6.
Please help by donating to our emergency appeal.