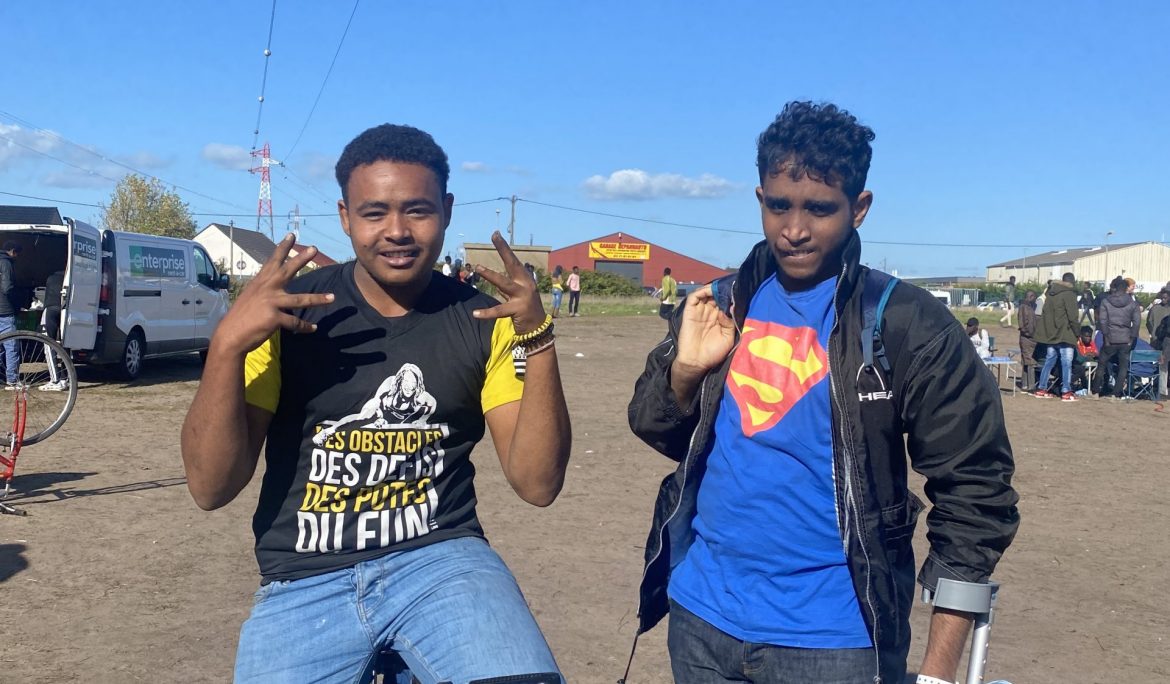 Today I got talking to two friends called Naji (on the left) and Ali. Naji had a bike that he used to get around on, Ali walked with a crutch because he has a damaged leg.

“It was when he was trying to get into a truck,” Naji explained for him. “He fell into the road, and was hit by a car.”

Ali had basic medical treatment for the injury but it was clear he was still in pain. Naji helps to look after him now. They left Sudan together, and have travelled all this way in each other’s company, he said, dreaming of rejoining their families in the UK. They’re not going to split up or give up now.

It was a reminder of how dangerous life is for refugees here in Northern France. These two had made it through Libya, where another friend had died while being held captive. Then they’d crossed the sea to Italy, but even after surviving those risks, they still faced so much danger here, near the UK border. Their resilience and dignity in the face of the hostility and harm are always amazing.

We talked more together, watching as volunteers handed out hygiene packs. We gave out around 200 packs.

The really sad bit came at the end when Naji, thinking of the recent evictions carried out by the French police asked what the police in the UK are like. “Because here they are not so good. And in Sudan, not good.

“And in Rwanda I don’t think they would be good.”

It seemed appalling that two people who had been through so much now had to endure this extra threat just when they seemed so close to safety.