Nazanin Boniadi on a “very personal trip” to Calais 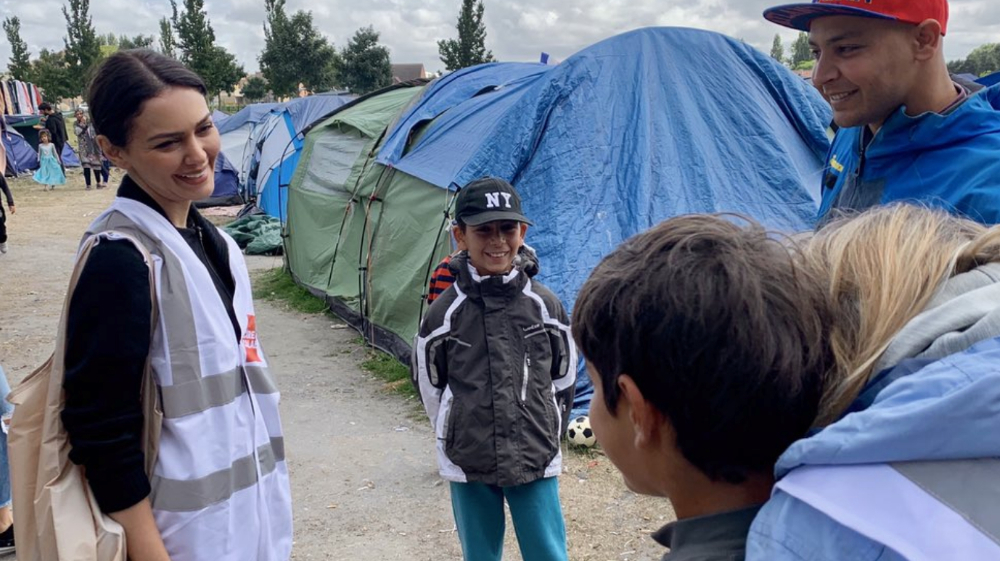 This weekend we were delighted to welcome actress Nazanin Boniadi to Calais, you may know her from How I Met Your Mother or Homeland. Everyone was thrilled to meet her – not least because she speaks Persian and took real time to hear people’s stories.

Nazanin does fantastic work speaking out for human-rights in Iran and for refugees. We’re so grateful to Nazanin not just for coming, but also for sharing her experiences from the weekend:

“My parents were political refugees to the UK, so volunteering for non-profit Care4Calais at makeshift refugee camps in Calais & Dunkirk was very personal to me. I met asylum seekers from Gambia, Senegal, Sudan, Kuwait, Iraq, Afghanistan & my homeland Iran, who had gone through harrowing ordeals to get to France. They were all fleeing conflict or persecution in search of freedom & dignity. Because I speak Persian I spent much of my time talking to those who recently fled Iran to get a better understanding of the current situation in my homeland. They all left because of political or religious persecution by the Iranian government, leaving family & familiarity behind for an uncertain future.”

“We worked w/ Care4Calais to organize & distribute goods to the refugees, including tents, shoes, clothes, suitcases, coffee, tea, charging stations for mobile devices & haircuts. Volunteers also played with the children & provided English lessons. Volunteers & donations come from all over the world, a powerful civil society response to human suffering. The charity visits the refugees twice a week without fail. Many of the refugees were afraid to be on camera but they had a single message for the world: ‘please don’t turn away from us.’

“Amidst rising tensions with Iran, there are the human stories that are often forgotten by the rest of the world: Iranian families who are fleeing political persecution by the Islamic Republic authorities & find themselves living on the streets of a foreign country in search of a safe life for themselves & their children. They are forced to choose between an international community resistant to migrants & a homeland that is no longer tenable. 1000 refugees currently live in what’s called ‘the jungle’ of Calais, in inhumane & demoralizing conditions. Approximately 200 of them are Iranian. My deepest thanks to Clare Moseley who founded Care4Calais in 2015; to the refugees who welcomed us with open arms; & to Jacob, David, Mohamed & Youcef for your indomitable spirits.”