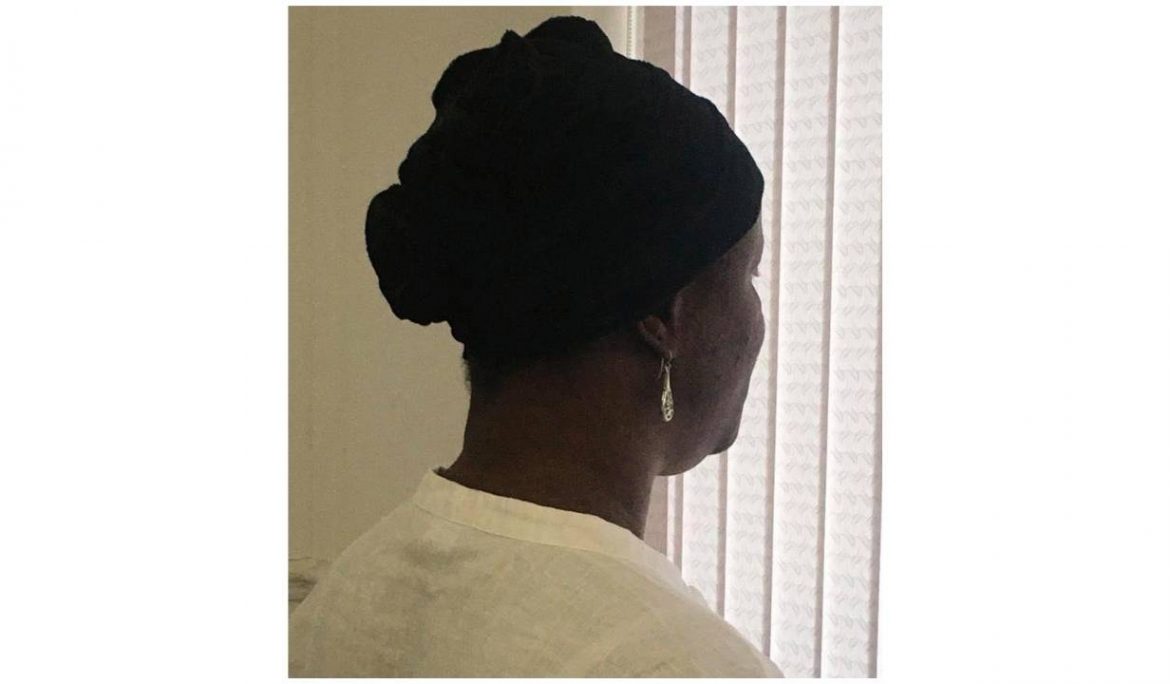 When I met Pauline it was like an angel of God had been given to me after all my years of struggling. Nothing is too much for Pauline, she answers my call day or night, anytime and she is always ready to help me. She is a Care4Calais volunteer but much more than that to me, she is my lifeline.

My name is Ndey, and my story is a little different but no less traumatic from the ones you read everyday. I have been here 20 years next month and they want to deport me on the 10th of November. They say my country is now safe and I can go back, but that is not the whole story.

I came to the UK in 2001 on a holiday visa to visit my brother who was graduating from London University. It was just supposed to be a short stay I had no intention of staying, as I had left my four children at home, the youngest was just one years old. I had a house and a family and everything I needed. My husband was a powerful man in the Gambian army at the time.

One day towards the end of the holiday I got a message not to get on the plane home and to stay in England and wait for my husband. I didn’t question this or ask why. At the time a Gambian woman could not ask questions of her husband, she must do as she is asked. So I stayed, I stayed with my brother and my friends and anyone who would help. I waited five long years, no one told me to do anything else and I just did as I was told.

My husband was chief of Defense in the Gambia (Head of the army) and in 2006 he mounted a coup against the government of Yaya Jemmah. It failed. My husband was captured and killed. My uncle and brother were arrested and put on trial. They were then jailed for ten years. I would have been too if I had been there. I have to think that was why I was in the UK and away from my children. But I don’t really know. Jail in the Gambia is unthinkable, especially for a woman.

So now I stayed on my own, I didn’t know about claiming asylum or getting legal papers. I just thought I had to survive on my own. It was a struggle. I couldn’t work and I was depressed a lot of the time. I relied on friends and family to help me. My children were growing up without me and my mother was caring for them on her own. I couldn’t go home or I would be arrested.

In 2015 someone asked me why I did not claim asylum? I didn’t know what that was at the time. But then it was like a lightbulb exploded in my brain. From that time I have battled with the system to remain legally in the UK. I have lost count of the number of times my appeal has been denied and my claim rejected. It is more than seven now.

I was in a hotel in Liverpool during the pandemic. I had been diagnosed with Thyroid cancer and was having radiotherapy and other medication. It was here I met Pauline who was helping other asylum seekers. We had found a new solicitor who was working on my appeal and we thought we were getting somewhere. But in the court he turned to the judge and said he had been researching my illness and believed the drugs were affordable in my country and that I could return. I was so so shocked I couldn’t say anything. He was supposed to be on my side, helping me stay but instead he helped the judge say I was to be deported. I just accepted it as a Gambian woman I had to be polite and couldn’t argue but my heart was breaking.

They say the Gambia is safe and I can go back. But I can’t. I have nothing in the Gambia and with Thyroid cancer and diabetes they are sending me home to die. Gambia is one of the poorest countries in the world and medical care is rare and very expensive.

I know now I should have claimed asylum much sooner but I simply did not know I could. I lived in limbo all those years, separated from my children and my home but not able to take part in British life.

I remember doing my older daughter’s hair in the Gambia, she was always so proud of how I did it. I love doing hair and if I can stay and get well, that’s what I want to do. I’ve done my GCSE English and maths and some other courses. But I would love a small hairdressing shop where I can make people feel good about themselves. I have done my level one hairdressing. I want to work now, I want to make up for all those wasted years. I want to do something for my community. Pauline says I am an excellent hairdresser! If I can’t do that I want to be a carer and look after people.

But first I have to get my Leave to Remain, I want to stay here and be safe and be legal. If I stay illegally I will not be allowed medical aid and all support will be withdrawn from me. I know I will die if I return to the Gambia. I am so scared, Pauline is by my side and I am just so grateful to her for the support she gives me.

Ndey is due to be deported on 10 November and her last appeal has been denied.