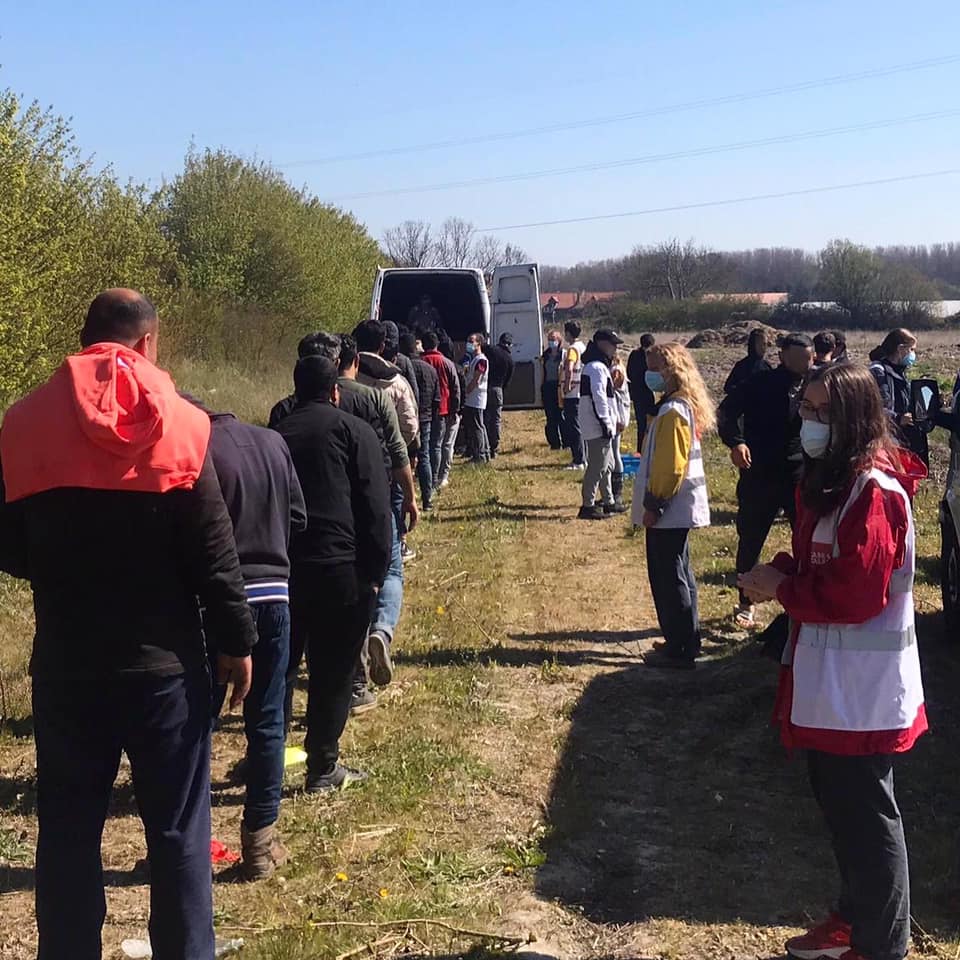 After further evictions and relocations of refugees in Dunkirk, those forced to live on the streets are now facing even more difficulties in accessing help. The local authorities of Grande-Synthe recently moved hundreds of refugees to a new camp. This week, they have now blocked the majority of aid organisations from entering the area. They say this is because it is protected woodland.

Instead, Care4Calais are now only allowed to distribute in a condensed space. This site is much further from the camp, and much less accessible for refugees. In particular, the families at the site are finding it enormously difficult to reach water, food, and clothing distributions.

Despite refugees being familiar with distribution times, this relocation has impacted many in the Dunkirk camp. S, an Iraqi man in his early 20s, said, ‘Every day, I don’t know if food is coming or not, because I cannot see from the camp. This is a big problem. Yesterday, I came and everything was finished.’

Refugees deserve compassion and kindness – something the French local authorities are sorely lacking. The Care4Calais team and our amazing volunteers will continue to rise to the challenge, overcoming the obstacles put in place by restrictive governments and harsh policies.

To support our work, go to Care4Calais.org/donate.
.