A new year in Paris 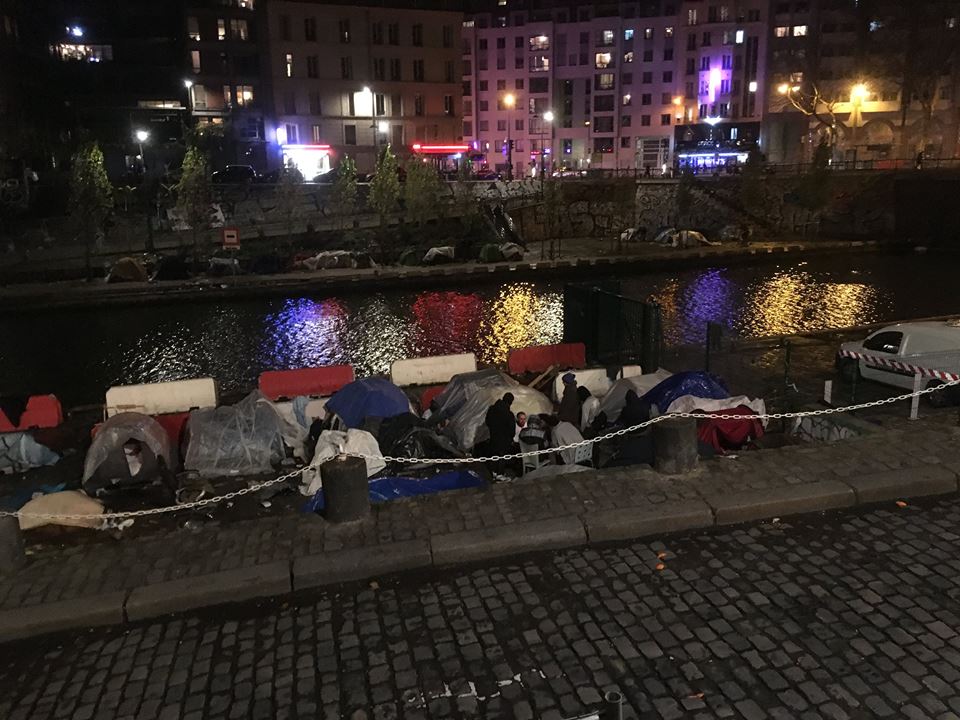 While volunteering with Care4Calais we went to Paris to take donations to refugees who are homeless in the city. Our contact was an amazing lady called Danika who has dedicated a huge part of her daily life to help vulnerable homeless refugees. She is one of a stretched network of volunteers in Paris.

The van was full to the brim with sleeping bags, roll matts, rucksacks, scarfs, socks, duvets and winter jackets. Danika first directed us to meet Malik (another volunteer) who we off loaded some of the donations too for distribution elsewhere. Soon after we met Danika close Buttes Chaumont park, right next to the canal in a seemingly rundown part of the city.

After a quick introduction to Danika and a couple of Afghani young men called Mustafa and Tyson we proceeded to casually pass out hats and socks to those that seemed to need them. Mustafa spoke multiple languages which was useful to Danika as the refugees are from many different countries. We chatted to some of the young men and asked where they’d come from and what their plans were. It was heart wrenchening to hear how far they’d come, the lengths they’d gone to, to end up homeless in Paris.

Having seen the situation in Paris with our owns eyes it has reiterated the point, to us, that the refugee crisis is far from over in France and that much more help and support is needed.