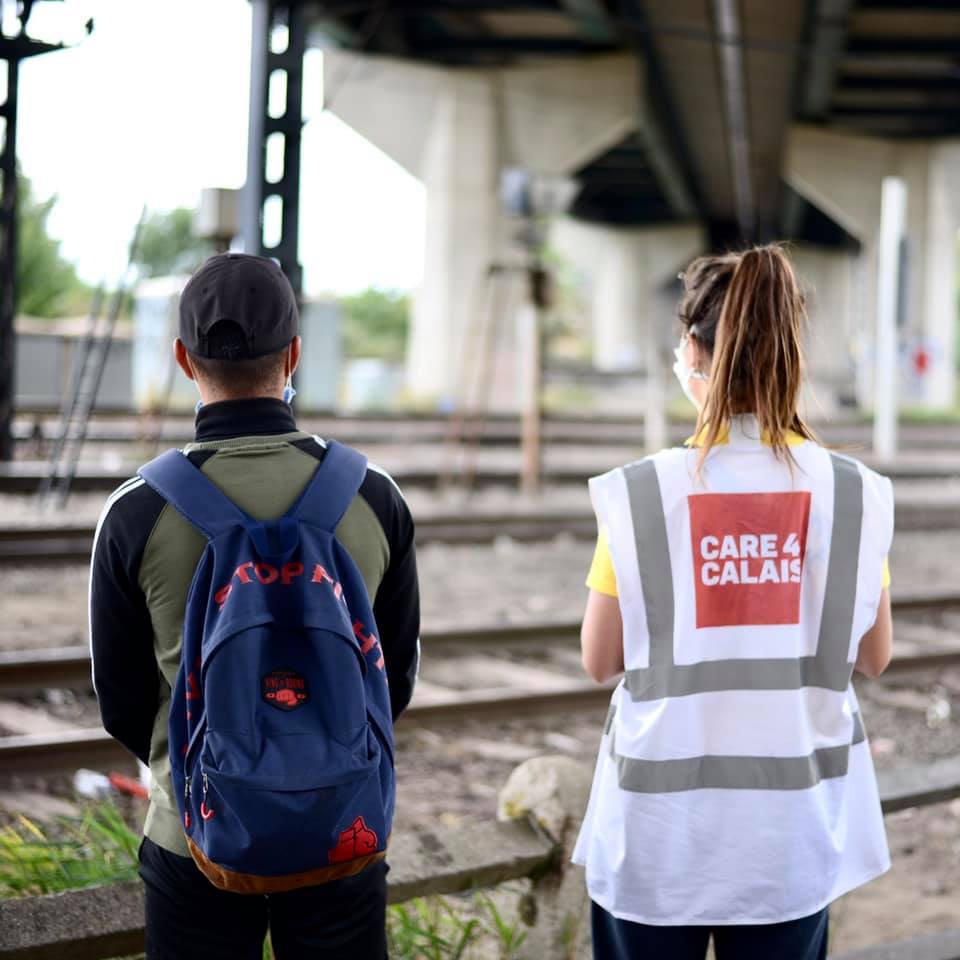 ‘I am writing for you the story of one of the thousands of young men who have been harmed by injustice and tyranny in their homelands. This is my story.

In the beginning, I was studying nursing, and I was 21 years old at the time of the military coup in Egypt. It was not a coup against the authorities, but it was a coup against the will and dignity of a people, a coup against the dreams of young people and the future of children. I was like many of the youth, I took a stand against injustice and blood on the ground and because of that, I was separated from my studies and imprisoned with some of my friends.

I was not afraid of arrest, not even death. I believed in the truth of my cause, but the fear of my mother and father for me forced me to leave my country.

I fled to Italy at the beginning of 2016, where my Italian brothers welcomed me with love to compensate me for the loss of my country, my father and my mother, but it is difficult to compensate for that. I applied for asylum and was waiting for a response.

I started working, because I feel ashamed to take help from someone, even if they were my brothers already. I worked hard and my life was stable and I was a volunteer in charity to help refugees. I felt happy with them and with what I was doing. I was also an activist, organising demonstrations against all the tyrannical regimes everywhere – Egyptian, Syrian and others. I am like every free person, who is cannot bear injustice for himself or for anyone else.

Time passed quickly while I was far from my country and my father, and the pain of separation was increasing, but I had patience until Covid arrived and my asylum application was rejected. I travelled to France on August 16, 2020 and arrived in the United Kingdom on September 1, 2020. It was a difficult journey, but when I arrived I forgot what had happened.

They took us out of the sea. I was very tired and also shocked by the mistreatment. Self-searches removed our bags and took our phones, treated as if we were criminals. They took us to a detention centre, the only place we were treated well. We spent three days there before we were transferred to a hotel in the city of London.

I was embarrassed by the looks of some people there. There was bad treatment. The workers in the hotel avoided contact with us. I stayed in this hotel for a month. I did not show much in front of the workers because of shyness. I was not interested in food. I used to tell myself to think of the future.

Then one day I was told we were leaving in
less than half an hour – I did not know where we were going and no one could tell me anything.

We arrived at a camp in the city of Folkestone. It was a shock for me. The place is like a prison. Barbed wire on the fences, security guards, but the manager of the place told us to absorb our shock. You will not stay here very long.

Now I have been here for four months – the place is dirty and not suitable for human habitation. This is the first time in my life that I have been exposed to situations like this dirty cold place. Bad treatment by workers and security. In this place, I suffered physical and mental disorders. Lack of sleep and no privacy.

I was feeling depressed and despondent about everything, and there was no cure, as the official in this place told us, we can’t do anything for you. I was waiting for death and I was not afraid of it. All that was hurting me was that I might not see my mother and father again. I did not want to make them sad.

I had given up all hope. Then one day, I spoke to a member of a human rights organization. Her name is H – a polite and kind person who breathed hope into me again and thanks to her, I have restored some of my vitality. I am happy that I found someone who listens and cares. H is one of the people that I feel as though I have known for a long time. Really, she helped us with everything she could. Even if I do not get out of here, I will not forget it.

I do not want to win anyone’s sympathy. There are those who have gone through things twice as bad as these. All I want is to reveal to you the suffering of those who left their countries because of support for tyrannical and bloody regimes.

If I believe in something (there are many reasons, but death is one) suffering with truth is better than bliss with falsehood.
This is my story.’ – Omar, currently living at Napier Barracks