This wonderful gift brightened our day in Calais 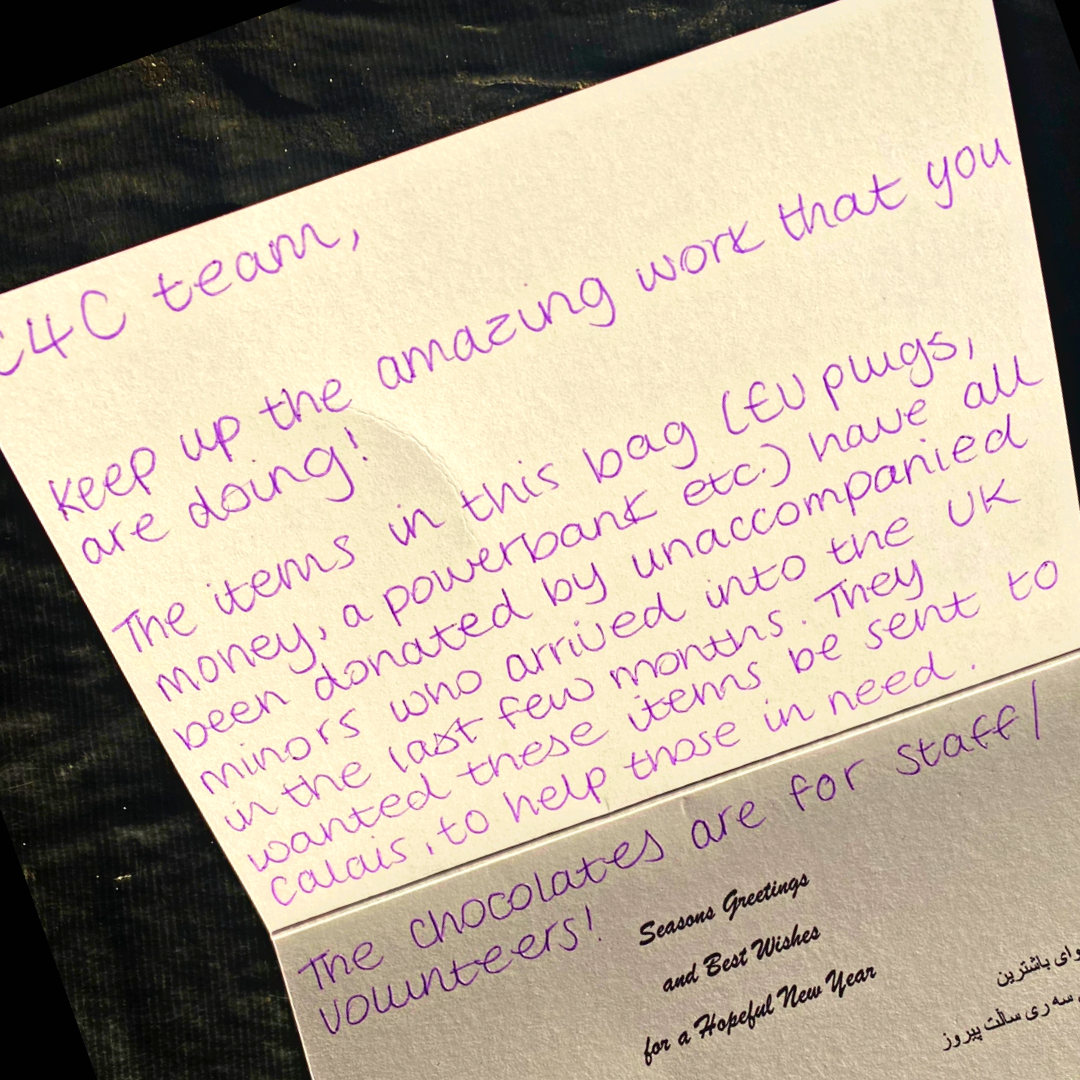 Yesterday we were going through our mail at the Calais warehouse when we noticed a mysterious, lumpy package from the UK.

Opening it, we found dozens of EU-plug phone chargers, a power bank and a bag of Euros and cents – and a note explaining where it had come from.

It turned out they were from some young refugees – all under 18 and travelling by themselves – who had crossed the Channel. Realising the stuff was unusable in the UK, they had saved it all so they could send it back for refugees in France.

Connie, a former C4C volunteer who now works for the refugee council, had posted the package for them with a note:

Keep up the amazing work you are doing!

The items in this bag (EU plugs, a powerbank, money etc) have all been donated by unaccompanied minors who arrived in the UK in the last few months. They wanted these items to be sent to Calais to help those in need.”
It was moving to stand there in the cold warehouse and think of these brave young people miles away whose thoughts on reaching England had been to think of others like themselves who were trying to make the journey. They remembered how important these things had been to them and, rather than waste them, they wanted to pass them on to help others. It’s a reminder that young people, wherever they are from, are the hope for our future.

Thank you to the guys that put together the package – and to Connie for helping them.

To volunteer or donate like these young people, please go to care4calais.org