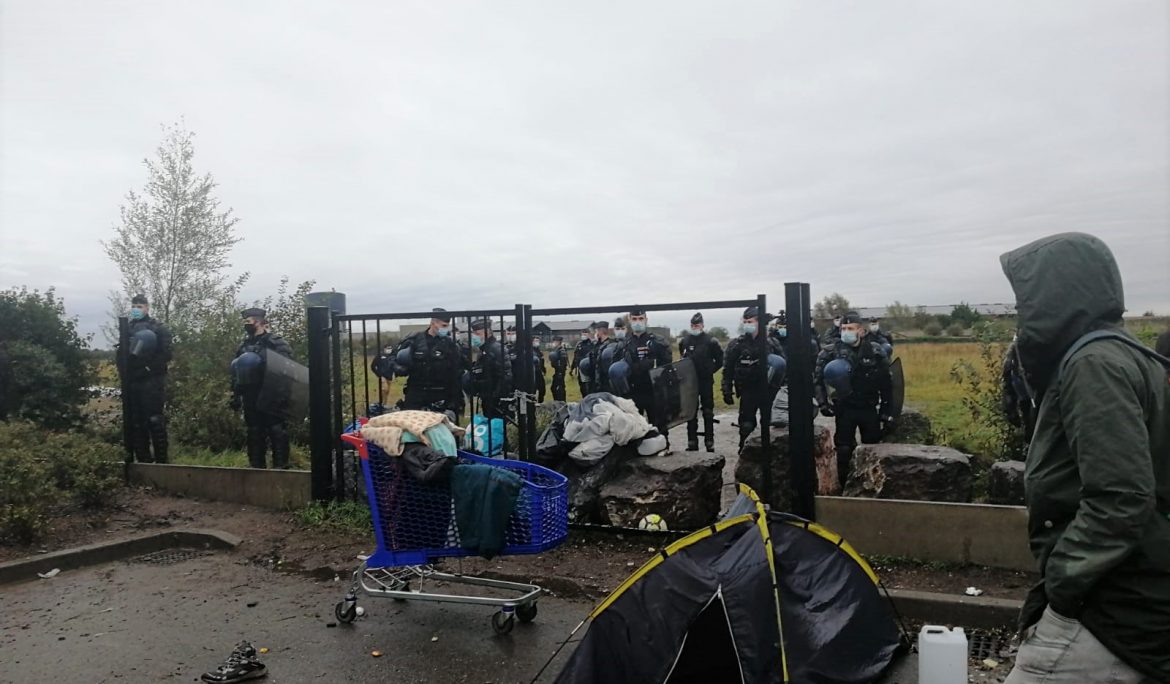 The last few weeks in Calais have been brutal with a relentless series of evictions leaving people exhausted and hopeless. Then, when you think things can’t get any worse, it seems they can.

It has been reported that last week an Eritrean man was hit in the face by a ‘blast ball’ – a combination of a rubber bullet and a tear gas canister – fired at him from close range by CRS police. Today we understand that he is still hospitalised in a serious condition.

Reports from people at the site when the incident took place claim police were stopping refugees from accessing the area where they live. This is not the first time that tear gas canisters were fired at the Eritrean people living there, but this time someone was hit on the face from an alleged distance of less than ten metres.

People present during the incident said the man’s face was left disfigured and unrecognisable. A week later he is still in hospital: bit.ly/2KqVXOd

Yesterday there was another terrible incident. A young man died in hospital after being struck by a car near the Channel Tunnel: bit.ly/2ULgdvK

How many more people need to get hurt before we learn that hostile policing doesn’t work? How many more need to die before we provide safe and legal ways to have their asylum claims heard? How much more cruelty must these refugees endure before we start treating them with humanity and dignity? This brutal situation at the UK’s border in Calais is a disgrace. It’s beyond time it changed.