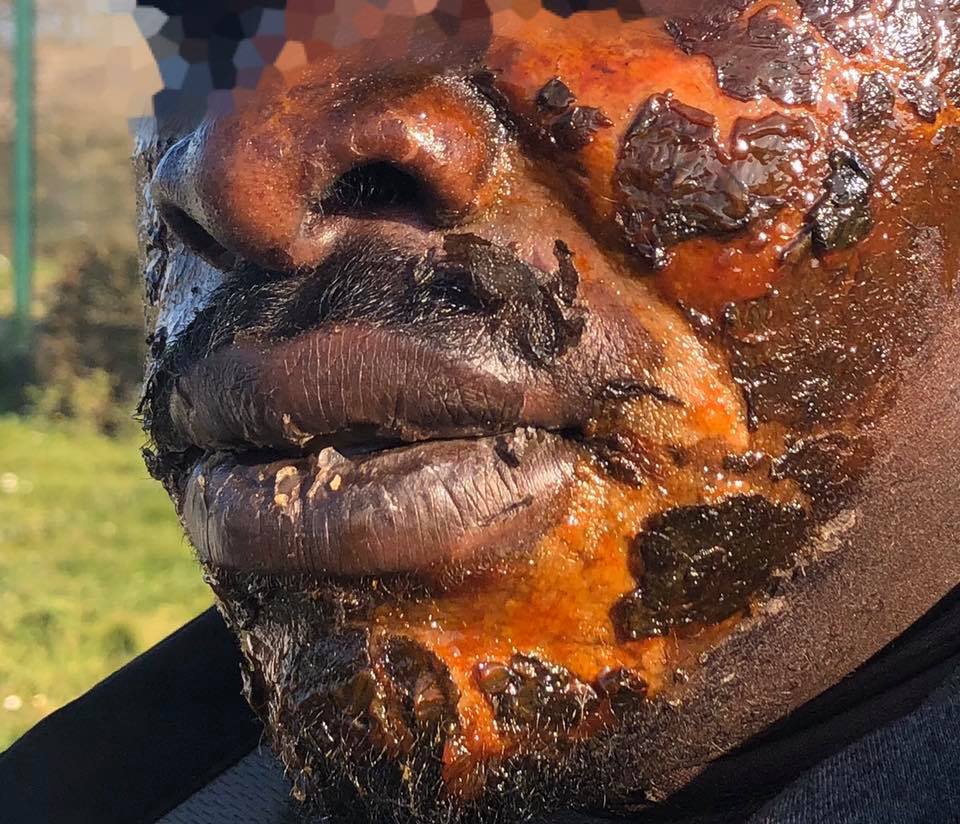 I’ve seen a lot in in Calais over the last four and a half years, but yesterday something happened that took me back to the worst of 2015/16.

As many services have shut down, we often get asked to take people to hospital. It’s hard as we are a small team and busy, but had to help a young man who had been sprayed in the face with CS gas by the police.

This has become common in Calais, but as I got closer I could see, rather than the red eyes and puffy face I expected, serious burns covering half his face. His skin was badly blistered and broken and large sections were peeling back. It looked incredibly painful. A google search told me CS gas is classed as a chemical weapon.

We were in the middle of a distribution and it was impossible to leave immediately, but Tia phoned an ambulance. They told her he did not need to see a doctor, but should just keep rinsing his face with cold water. We tried to explain how bad it was, but they were adamant.

So we organised clean clothes – his were soaked in the gas – body wipes, fresh water, burn cream and food and rushed back to see him. He was no better – it hurt me just to look at his face.

I gently asked if I could take a photograph. I though he’d been through enough, but he didn’t mind. I sent it to to my friend, a doctor in the Netherlands. Her reply was immediate – take him to hospital NOW. I was so glad I’d asked.

The hospital staff were good. They put a thick white mask across the whole of his face and gave him strong painkillers, but they wouldn’t admit him, although I would have liked them to keep him in.

As we drove back to the camp the second hard reality set in.

He was still in a lot of pain and the broken skin on his face should be kept away from dirty blankets. Normally, we would have let someone in this condition stay with us for a couple of nights, or we could have paid for him to stay in a hotel. But now with Covid-19 these options don’t exist. There was nothing more we could do.

So how did this happen? What led to this event – to punishment like this?

He said he was walking down the road by the camp and the police attacked him unprovoked. Not many people would believe that, but I spent time with this guy, and he came across as incredibly gentle, stoic and humble. He did not strike me as in any way a trouble causer, criminal or rebel.

Since the start of the Covid crisis we have heard increased reports of police violence, increased both in incidence and severity. We do not have the resources to investigate; we can only testify to the increase in reports. 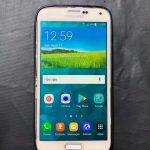 One nice thing on which to end. An Iranian who recently reached the UK sent me his mobile phone to “give to someone in need”. It’s a nice smartphone – a Samsung.

The guy with the burns did not have a phone. We had to call his friend when we went back to find him. So we gave him the Iranian’s phone. It made him happy. I’m not sure someone at home can know what a big thing it is to give a smartphone to someone who has never had one. But it is a good thing. Not worth your face. But still a good thing.

Please support our urgent appeal to see refugees through this terrible time here.