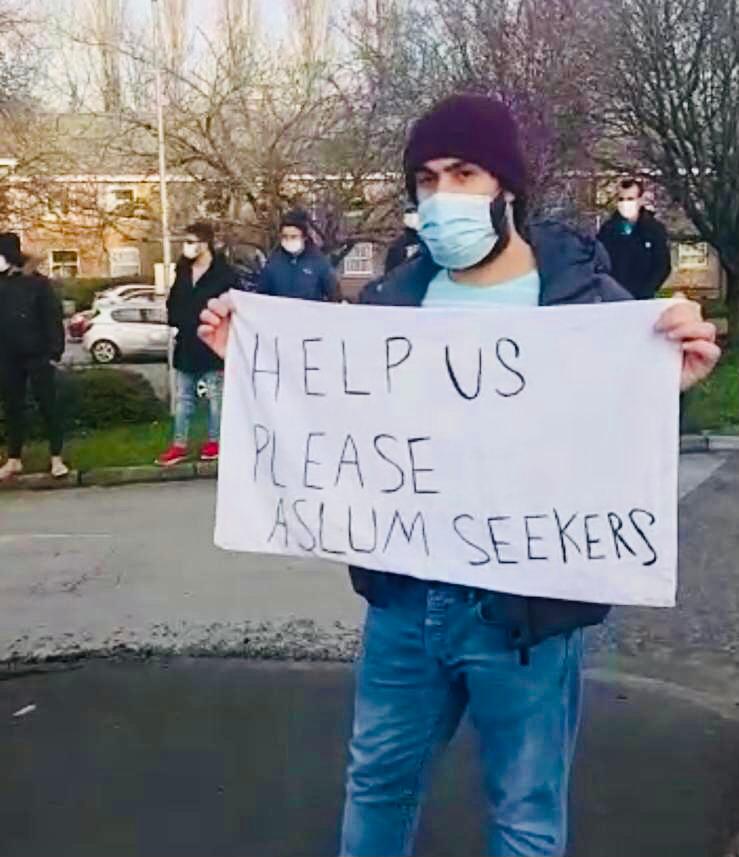 This weekend we met a man in Leeds who had not eaten for over a week. Two days prior, another gentleman collapsed from lack of sustenance. On Sunday, one was taken to hospital.

Once again, we witness our friends desperate attempts to have their voices heard, this time resorting to denying themselves food. They tell us they have been subject to at least five periods of solitary confinement in their bedrooms – one lasting 30 days. TV in a foreign language is no use to them and they have no contact with the outside world.  One man told us told us, “The loneliness is driving me crazy” – he cannot sleep, he hits the wall, the “insecurity about being inside the hotel is making me so depressed.”

Cut off and isolated, their mental health has declined over the last few months. The conditions in the hotel have added to this. Waiting weeks in pain to see a dentist; rationing of basic supplies like food, toilet paper and soap; demeaning treatment from staff charged with their care. Residents have been told to ‘go back to their countries’ by staff members. They have repeatedly been told that if they complain, it will affect their asylum claims. Asylum is a matter of life and death for many; the climate of fear has become overwhelming.

After experiencing so much suffering already, after surviving conflicts, persecution and torture, it is here in the UK that hope is fading. This is shameful, and we are angry. This is one of a string of desperate cries for help we have seen over the last few months.

Our friends in Leeds are lost and confused as to why they have been subject to this appalling treatment.  They came here thinking we would help, and wanting only to join our communities and contribute. After all they have been though, they deserve to be treated with dignity, respect and kindness.

Leeds is a wonderful city, diverse and full of people who would welcome those who have been so badly treated by life.  We hope that the people living in this hotel soon get to meet the real communities in Leeds that they have been locked away from for so long.

To volunteer with Care4Calais in the UK email [email protected]

To donate for basic supplies for those in the hotel go to care4calais.org/donate