WATCH: The powerful story of Ayman 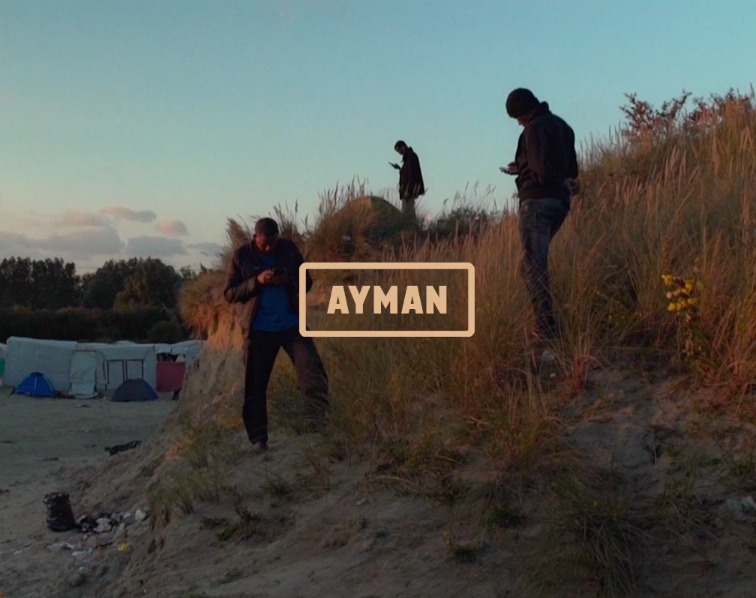 Ayman was 20 years old when he reached Calais. He had crossed Europe overland from his home in Syria, and ended up staying in camps in northern France for more than a year.

Eventually, in a scheme borne out of desperation as well as genius, he squeezed himself into the largest suitcase he could buy and got a friend to shove it into the cramped boot of a coach bound for London.

He said: “I had that idea for a while, but it was so dangerous. I could have died there. But I got to the point where I literally gave up everything. After spending so long in Calais and trying to do things and nothing works – jumping on trains, jumping on lorries. I was sat there hopeless and I came up with this idea of getting a suitcase and trying to fit myself inside it. I was really skinny, but I knew it was so risky. I knew I could have died.”

After hours of pain, fear, cramp and dehydration, he felt the case being unloaded. He waited a few minutes, then unzipped it and stepped out into the morning light of Victoria Coach Station.

Two girls on a bench goggled at the sight, looking around them for the hidden camera.

Ayman stretched himself and took a deep breath. He was drenched in sweat and parched, but he felt a lightness he hadn’t felt for months. He picked up his small bag and, leaving the station, almost bumped into the coach driver.

“I had looked on Google Maps to check what the station looked like and where the exits are. I walked round the bus and came face-to-face with the driver. He didn’t know who I was so I just said, ‘Thank you’. He said, ‘You’re welcome’.

“It was funny. Things like that used to happen a lot. We would be in pain, but we would have a sense of humour.”

Ayman’s tale is told in the film that bears his name, made by Deadbeat Films, and shortlisted for Best Documentary Short at The NYC Short Documentary Festival.

While in Calais, he met a team of film-makers with the desire to tell a refugee story from the point of view of a refugee. At first, he was not sure if he should trust them.

He said: “I had some doubt, but the guys were so clear. And they said if you don’t want this film, we can just stop it here. We don’t want anything bad to happen to you.

“We actually decided to premiere the film before I got my refugee status. We set the date, but it was two months later that I got my papers so you don’t see that in the film. We told the audience at the premiere and everyone went crazy. People were crying. I was crying. It was so emotional.

“Because the film ends before that, it’s a bit sad because you see Calais and you see the struggles people have, but if we make a second episode we want to make it to be full-on positivity.”

You can watch the full film here.

Thanks to our friends at Deadbeat Films for allowing us to use such a powerful and moving piece of work.