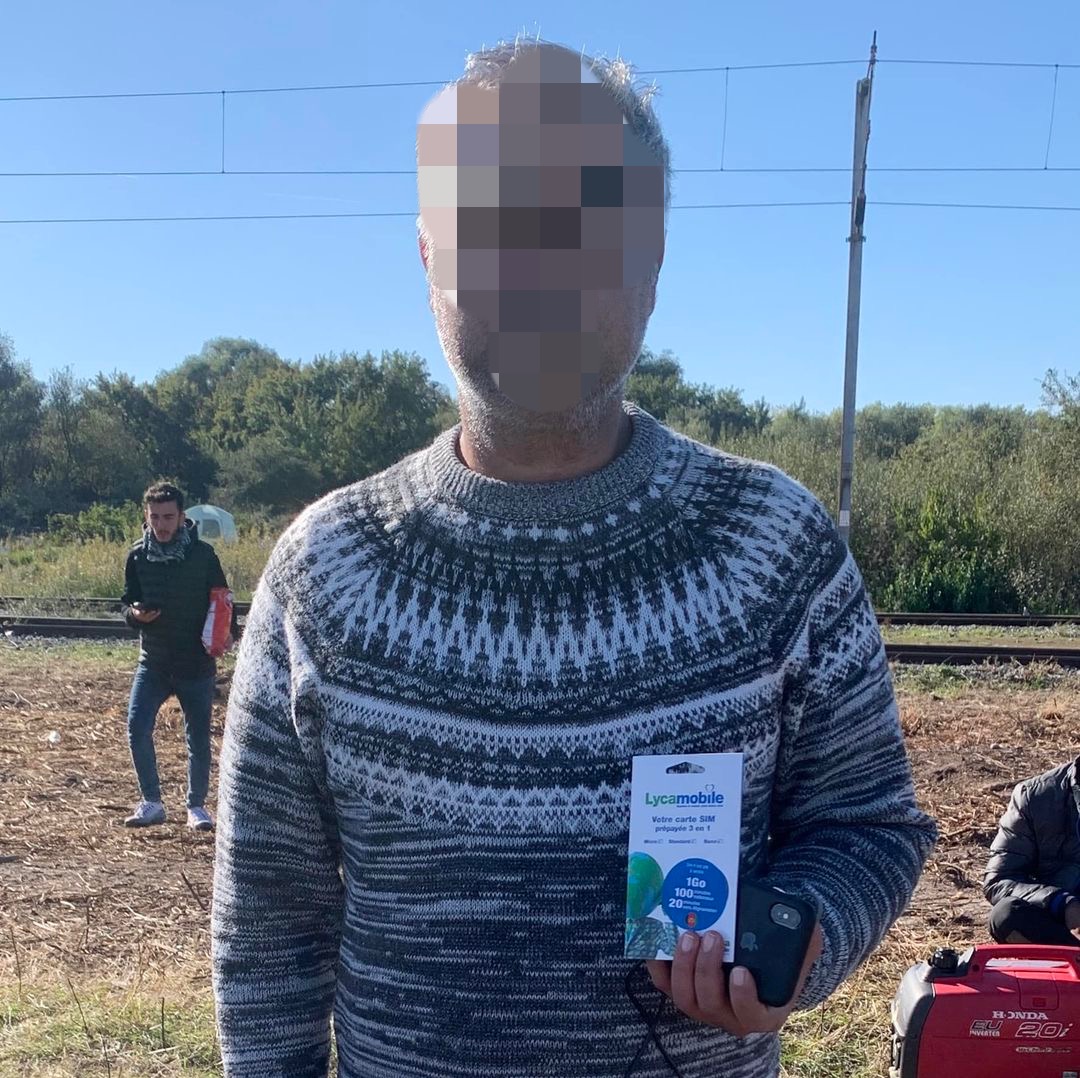 Today we were distributing SIM cards to refugees in Dunkirk when I met Ramtin. He’d just arrived at the site with his wife after fleeing from Iran, and he said he was feeling like he was “in a very bad situation”.

A few weeks ago he had been living a normal life as a financial manager in Iran. Then he had heard about a protest against the government, and wanted to go along, just to make his feelings known. But the police had grabbed him and put him into detention, and even though he’d been released, he knew they would come for him again.

He and his wife had fled immediately. He was almost in tears as he said he was so worried because he felt staying in a tent here might not be safe for her, but she was a brave lady, and they wanted to be together. Later when I saw them together you could tell there was so much love between them as they tried to reassure one another in this new place.

Their journey had been frightening, Ramtin said, crossing through the mountains to Turkey and then travelling to Italy via Greece by boat. Their only hope of finding help and safety was to get to the UK where he had family.

It was vital for him to speak to his relatives so that he could find them and get advice, but he couldn’t get in touch with them because his SIM from home no longer worked. “So it’s so important for me to get this,” he said. Again tears came to his eyes.

People should just not have to go through this when all they’re doing is trying to make themselves and their wife safe from harm.

Our SIM cards make a huge difference to refugees like Ramtin and his wife everyday. If you can help us to provide them, please do. To volunteer or donate go to care4calais.org/get-involved