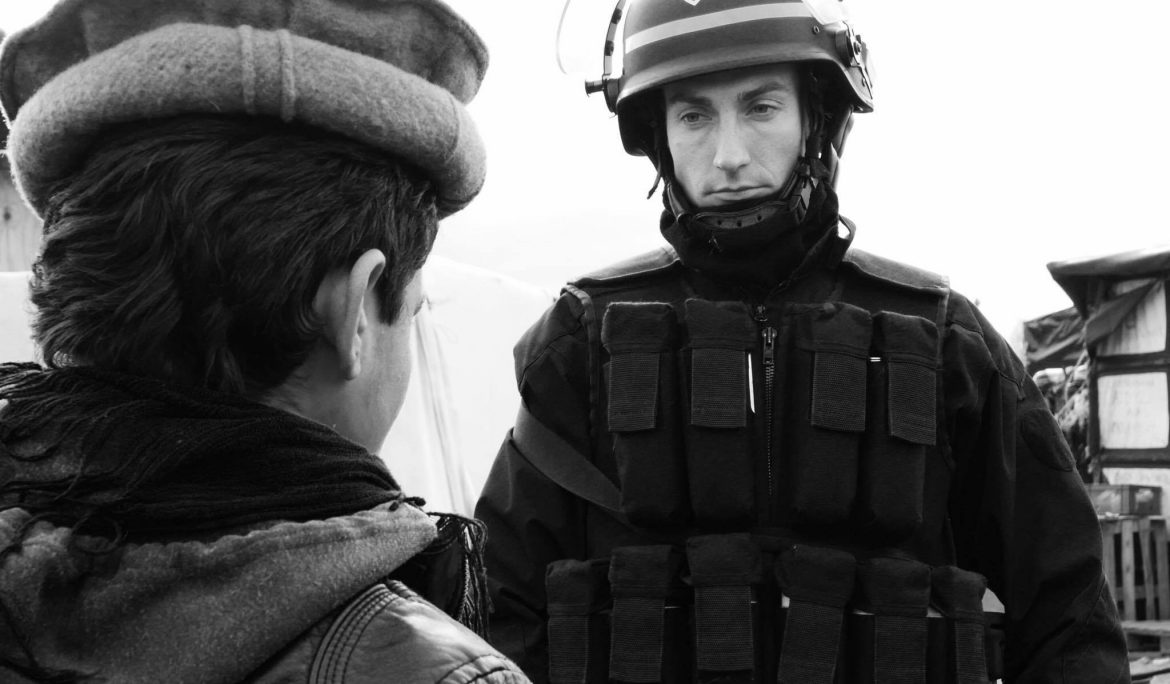 Our volunteers visit the Calais detention centre on a daily basis to check in with the refugees who are being held there. This account was written by one of them:

“The streets of Calais are not safe. Just walking through town you will pass at least five CRS vans and groups of police. They are waiting at train stations and they are waiting near bus stops, lingering and ready to pounce. Walking through town you may also see refugees, alone, in pairs and even in larger groups, some have just arrived, some used to live in the jungle, now they don’t know where to go. These people are vulnerable and alone, if they are unlucky they get spotted by the police, arrested and taken to detention centres before potentially being deported to unsafe countries, countries they’ve fled from, countries they should never be sent back to.

Yesterday I visited the detention centre in Coquelles, Calais. We went with the intention to visit three men from Sudan, two of whom had been detained for 17 days and one for 14 days. The three men we visited had nothing, they only had the clothes they were wearing and one phone between them, they were wearing sandals and t-shirts and had been given little information. They asked us for clothes and toiletries as they’d been sleeping in their jeans and had been given only soap and toilet paper. Often when refugees are stopped by the police their belongings are confiscated for no reason. One of the men we spoke to asked for a toothbrush as he said he had not brushed his teeth in two weeks.

All three of the men said that they didn’t think what was being said at their hearings was being translated properly (unfortunately, this is incredibly common) and they were asked no questions despite having a solicitor present. Whilst speaking to them we attempted to work out their release dates as they were all being released at separate times and with one phone between them we will have difficulty communicating how to get them to a safe place to stop them being caught again. They have been told they will be detained for 20 days but nothing is clear or definite. The lack of information and translation is appalling and biased, giving them little to no opportunity to utilise the few remaining rights they have. When they are released they are not sure where they will go or be sent, two of the three have fingerprints in Italy but they do not know if this means they will be sent to Italy.

During the visit, a Middle Eastern man who we had not met or known walked into the room. We greeted him and started talking and asking him questions. His English and Arabic was very limited therefore communication was a real struggle. We learnt that he was 19 and had been picked up by the police the previous night. He wants to go to the UK where his 17 year old brother lives. He is a refugee from Iraq and therefore speaks Kurdish, but as this is not such a common language it means he is very isolated, he had not met a translator and therefore did not understand anything that had happened. He gave me some sheets of paper in French that neither he nor I could understand and said that the police implied he would not be leaving any time soon. Towards the end of the visit he started to cry, he is a terrified and incredibly isolated young man, he has no phone, no change of clothes and no one to talk to.

These people are not criminals, so why should they be treated like a criminals? They are simply desperate and so alone in this foreign land that even I, who am only from 100 miles away, find hard to understand.
Today I am bringing these four men shoes and phones with credit, something we would not be able to do without financial donations. This is an incredibly vital time and contrary to what the media portrays, or doesn’t show at all, this problem is far from over and support is, and will long be, needed!”